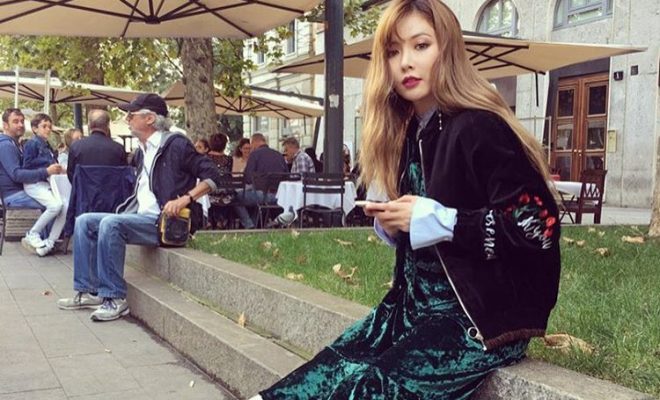 ‘Sexiest K-pop Star’ HyunA To Hold Fan Meetings Across The U.S. And Canada

HyunA is heading to your way. HyunA.

HyunA will be meeting fans through her upcoming fan meeting tour at eight cities across the Canada and United States. 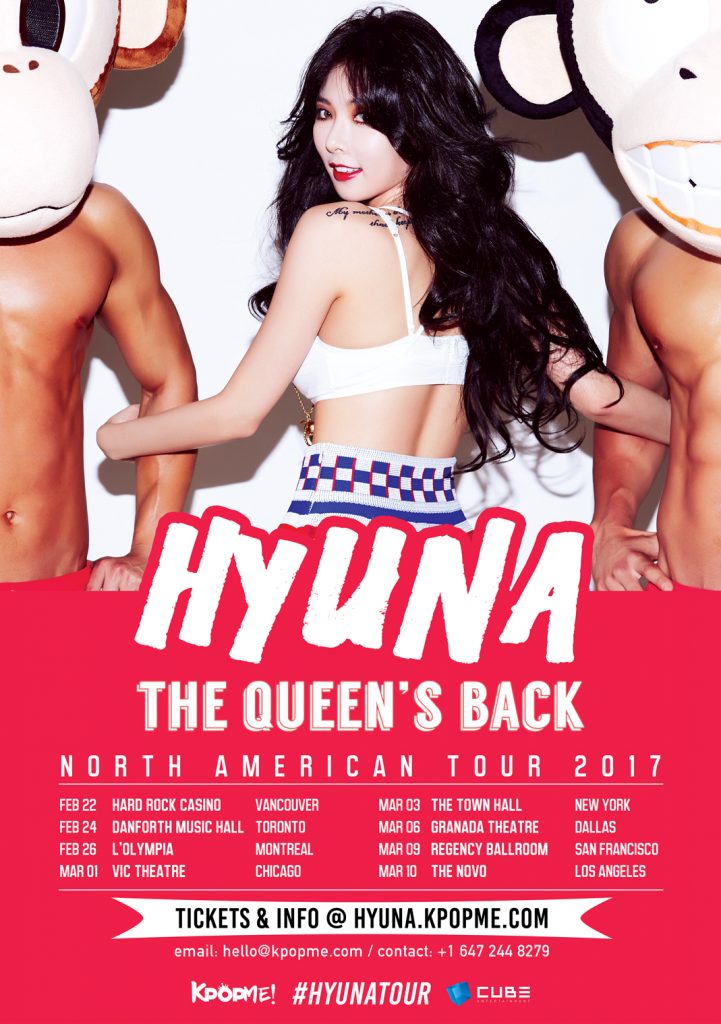 Organizer KpopME is proud to announce the upcoming North American tour ‘​The Queen’s Back​’ featuring HyunA. The multi-talented singer, dancer, and rapper will be visiting eight cities across Canada and the United States with highly-anticipated fan meetings.

Named as the ‘Sexiest K-pop Star’ by Vogue Magazine, HyunA will kick off her North American tour on February 22 at Vancouver, and wrap up at Los Angeles on March 10.

Hellokpop, as an independent Korean entertainment news website (without influence from any agency or corporation), we need your support! If you have enjoyed our work, consider to support us with a one-time or recurring donation from as low as US$5 to keep our site going! Donate securely below via Stripe, Paypal, Apple Pay or Google Wallet.
60
SHARES
FacebookTwitter
SubscribeGoogleWhatsappPinterestDiggRedditStumbleuponVkWeiboPocketTumblrMailMeneameOdnoklassniki
Related ItemsCanadaHyunaUS
← Previous Story Ticket Launch Announced For EXO PLANET #3 – The EXO’rDIUM – in Kuala Lumpur
Next Story → 2,000 Fans Turn Up And Flood Malaysia Shopping Mall For EXO’s Concert Ticket Launch