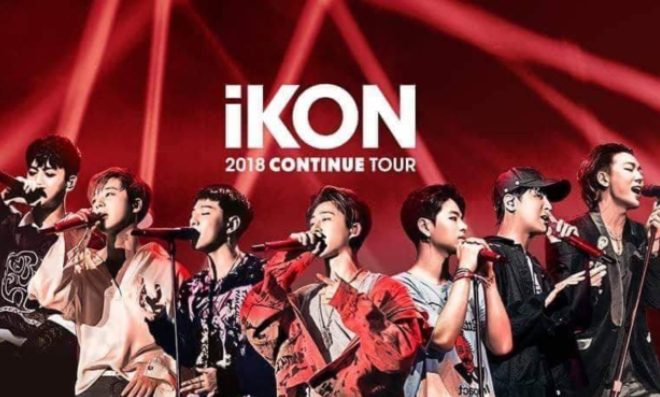 It’s showtime! Will iKON be visiting your city this year?

YG Entertainment confirmed through the release of a concert poster on July 2 the upcoming concert tour which will see B.I, Bobby, Jinhwan, June, Yunhyeong, Donghyuk, and Chanwoo visiting a total eight Asian cities.

iKON will kick off its 2018 CONTINUE TOUR in Seoul on August 18, 5 p.m. at the Olympic Gymnastics Arena. Tickets to the upcoming event will be sold beginning July 9, while fan club members get to secure tickets on July 5. 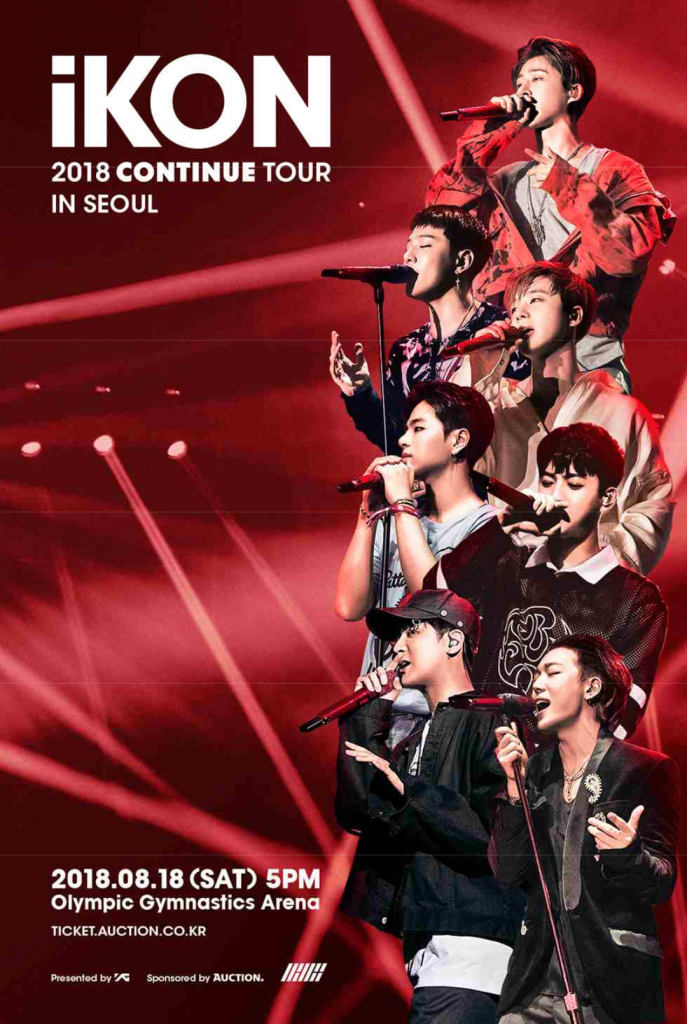 Following the Seoul concert, the boy group will bring the concert tour in Seoul, Taipei, Kuala Lumpur, Bangkok, Singapore, Manila, Jakarta, and Hong Kong. Specific details per city are expected to be announced in the coming days.

Fans all over Asia are highly anticipating iKON’s stop in their city. Manila, for one, will see B.I, Bobby, Jinhwan, June, Yunhyeong, Donghyuk, and Chanwoo for the first time through the 2018 CONTINUE TOUR. 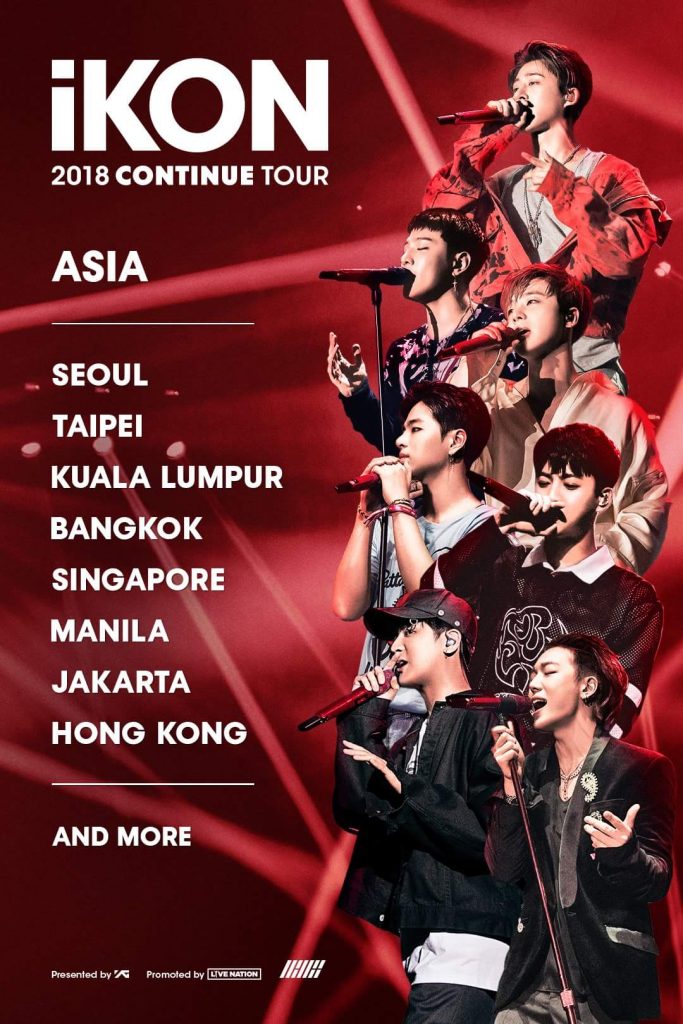 Moreover, the boy group will headline a separate tour in Japan with a total of ten performances in the country, starting in Fukuoka on August 25 and 26. The Japan concerts will then move to Nagoya on September 4 and 5, to Tokyo on November 6 and 7, and to Osaka on December 22 and 23.

iKON, who debuted in 2015, has dominated the charts earlier this year with its song, “Love Scenario”. The song is the title track of its second studio album, Return.