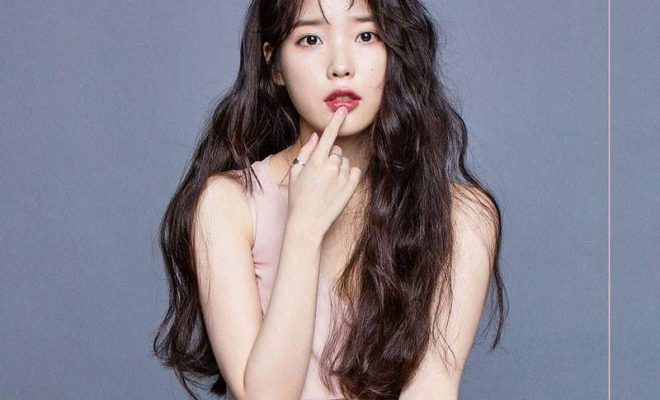 IU To Make Her Debut Concert In Singapore In December

A night of sweet tunes and stunning performances will be gifted by IU to her Singapore fans!

K-Pop sweetheart IU will make her maiden appearance in Singapore with her 10th Anniversary Tour Concert <이지금 dlwlrma> on the 15th of December at The Star Theatre, The Star Performing Arts Centre!

UAENAs who have been eagerly anticipating the vocal powerhouse’s visit to Singapore, are in for a night of romantic performances by the talented songstress! 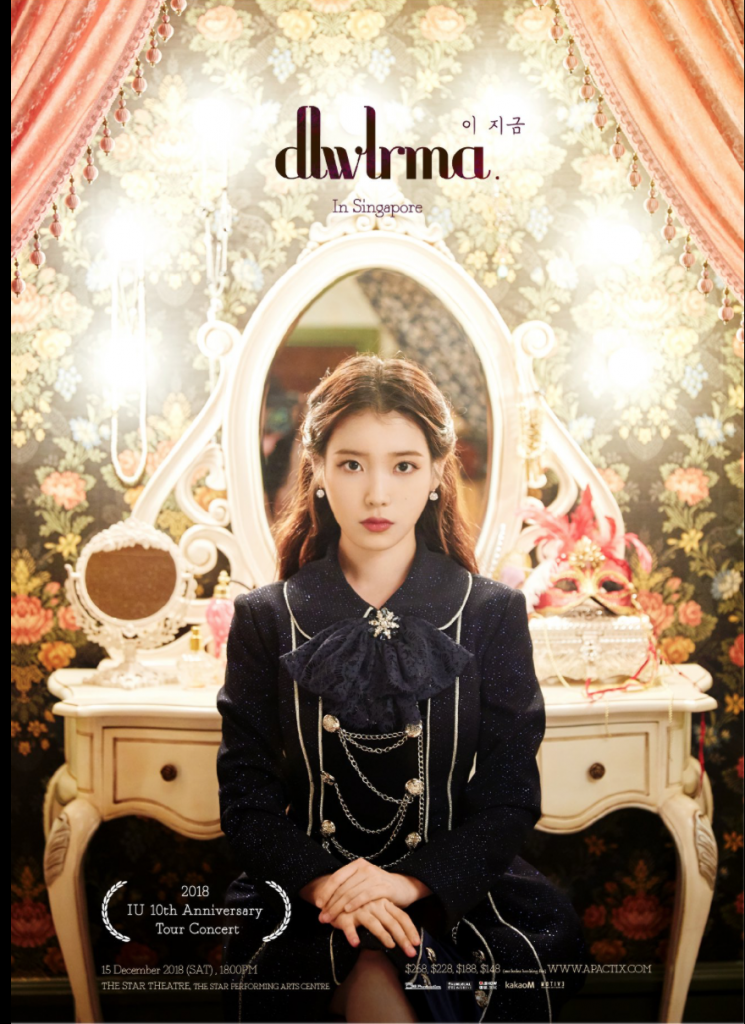 For offline transactions, tickets can be purchased at Singapore Indoor Stadium Box Office, The Star Theatre Box Office and all SINGPOST outlets 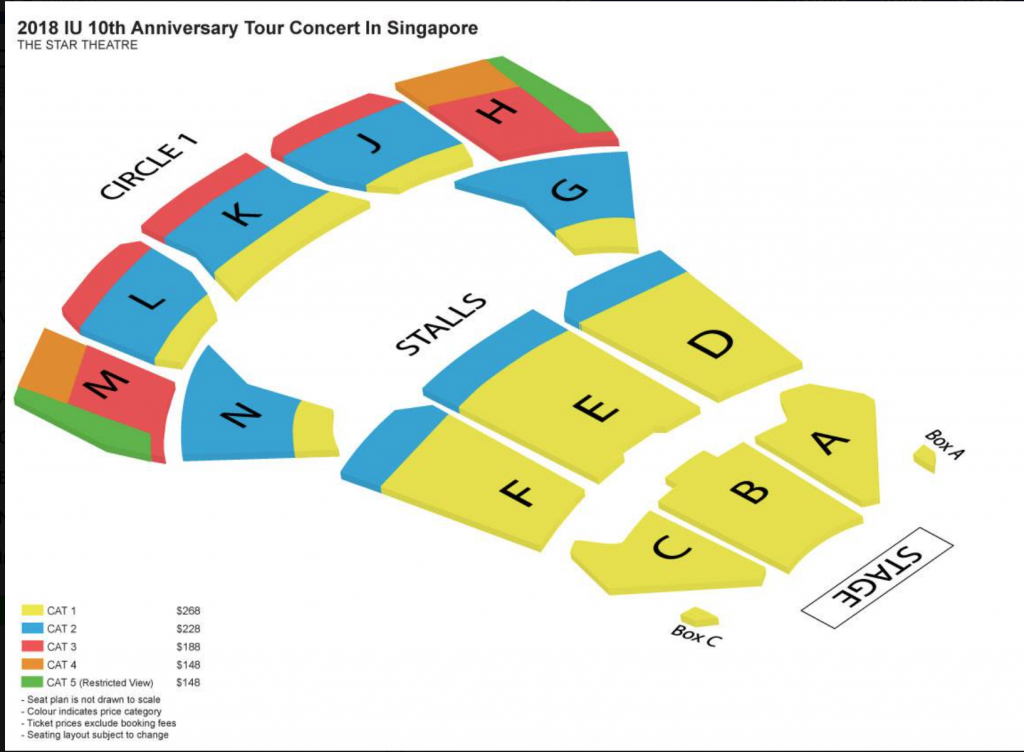 IU, also known as Lee Ji Eun debuted in 2007 at the age of 15 with the album Lost and Found. Her breakthrough performance came with 2010 album Real which saw the release of phenomenal hit lead track “Good Day”.

Since then she became a household name and has made a mark as one of South Korea’s top-selling solo artists.

Furthermore, with her girl-next-door image, IU has also been dubbed the Nation’s Little Sister, a title which shows the public’s adoration for her.

IU has released four studio albums and nine extended plays in her music career. The singer-songwriter has been cited on Forbes magazines annual Korea Power Celebrity list since 2012.

Her latest album release, Palette, was included in the 2017 list of Best K-Pop albums with its title song, also “Palette”, named as one of Billboard magazine’s Best K-Pop Songs of 2017.

She is scheduled to release her highly-anticipated new album to commemorate her 10th anniversary in the industry.

In 2016, she top-billed the Korean adaption of hit Chinese historical drama Moon Lovers: Scarlet Heart Ryeo alongside Lee Joon Ki. Her latest drama, My Mister was received well in numbers. It holds a nationwide record of one of the highest rated television dramas in Korean cable television history. 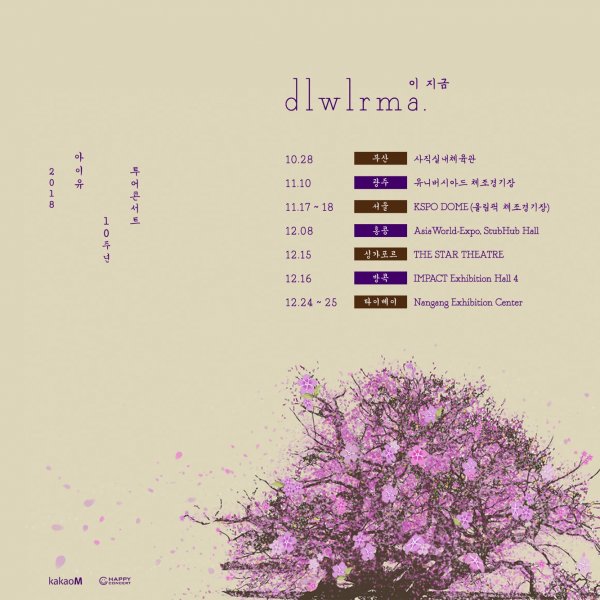 IU will kick off her 10th Anniversary Tour <이지금dlwlrma> in Busan, followed by shows in Kwangju, Seoul, Hong Kong, Singapore, Bangkok and Taipei.

The title of IU’s 10th Anniversary Tour Concert, ‘dlwlrma’, corresponds to the position of the keys on a Korean keyboard when you type ‘이지금’.

‘이지금’ also has a special meaning as one of the singer’s most well-known nicknames, and IU has acknowledged this by using ‘dlwlrma’ as her Instagram username.

Fans in Singapore will soon get to hear her honey-like vocals on the 15th of December at The Star Theatre. This will also mark her first visit to the sunny city!

2018 IU 10th Anniversary Tour Concert <이지금dlwlrma> In Singapore is brought to fans by ONE Production SG in partnership with kakao M.