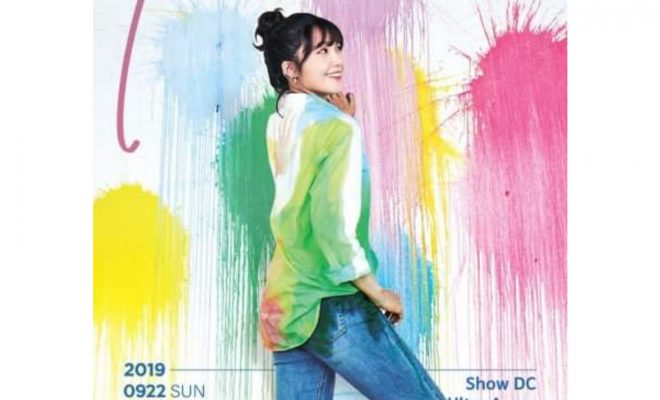 Jung Eun Ji will go solo on her next stage in Bangkok.

PlayM Entertainment announced on August 31 that the Apink member is headed for Bangkok, Thailand.

The concert is entitled “Yeoreum.I” and will be on September 22 at the Show DC Ultra Arena Hall. 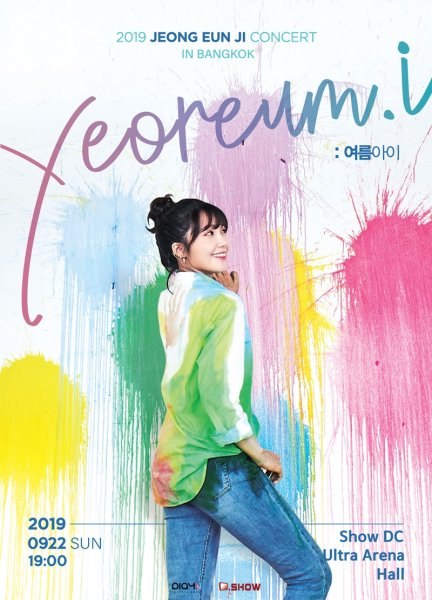 The company explained that because Bangkok was not included in Jung’s 2018 solo tour “Hyehwa”, they decided to hold the concert there. This is Jung’s way of giving thanks to the fans for the support that she has been receiving. In addition, they also said that the singer is working hard to prepare for the meeting.

The Apink member recently completed her solo concert Yeoreum.I in both Seoul and Busan. She has also recently staged solo concerts Darakbang and Hyehwa Station. Jung has proven her immense talent as a performer by including several genres in her explosive stage. In addition, she also showed off her capabilities in songwriting. Jung often includes her own unpublished songs during her concerts.

Jung debuted in 2011 as a member of the six member girl group Apink. They have released several albums in Korea as well as Japan. Additionally, they continue to be one of the most popular girl groups in Korea.

Furthermore, the singer is one of Korea’s rising performers abroad. As mentioned, her solo concert “Hyehwa” was brought to seven cities, including Taipei and Singapore. During her first solo Asian tour, Jung was able to meet over 1,500 of her international fans, solidifying her as one of the country’s bankable performers.

Although Jung is primarily a performer, she is also a reliable actress. She started acting in 2012 when she landed her first lead role in Reply 1997.

The following year, she joined the cast of That Winter, The Wind Blows. In 2014, she landed her second lead role in Trot Lovers. She immediately followed it up in 2015 with another lead role in Cheer Up! Jung then took a two year hiatus from acting before returning to the small screen. In 2017, she starred in Untouchable.

Tickets for the 2019 Jung Eun Ji Concert in Bangkok “Yeoreum.I” are available online.

Hellokpop, as an independent Korean entertainment news website (without influence from any agency or corporation), we need your support! If you have enjoyed our work, consider to support us with a one-time or recurring donation from as low as US$5 to keep our site going! Donate securely below via Stripe, Paypal, Apple Pay or Google Wallet.
FacebookTwitter
SubscribeGoogleWhatsappPinterestDiggRedditStumbleuponVkWeiboPocketTumblrMailMeneameOdnoklassniki
Related ItemsJung Eun JiYeoreum.I
← Previous Story Park Hae Jin Invites PH Jins For A Memorable Fan Meeting
Next Story → Jung Hae In Shares Valuable Life Lessons In Recent Interview