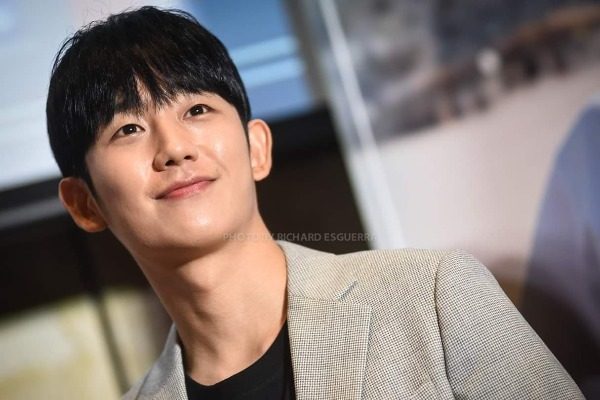 The actor kicked off his fan meeting in the Philippines with a brief but meaningful media conference.

Jung Hae In surprises everyone with his sudden, but welcome arrival. Host Sam Oh was not able to finish her spiel and even teased the actor for being early. He stood on stage and smiled at the crowd of press people and fans. 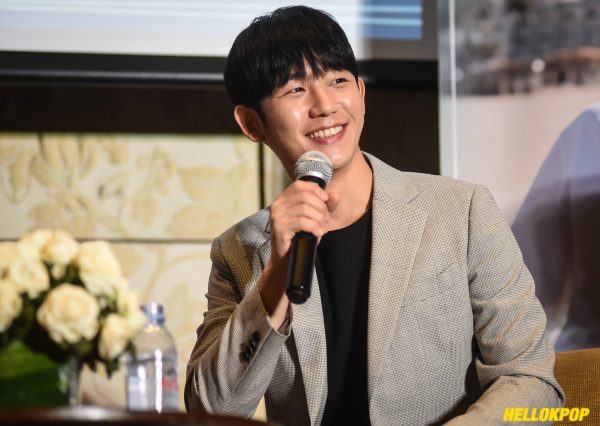 Sam Oh set the mood by greeting the actor. She asked his feelings about being back in Manila for another fan meet. Jung sincerely expressed his happiness for meeting his Filipino fans once again and for having a sit-down interview.

What to expect in this year’s fan meeting

Jung Hae In revealed that during last year’s visit he was not able to explore the country. His schedule at the time was tight. After wrapping up the fan meeting, he immediately went back to Korea.

When asked about the things he wants to do and places he wants to visit if he could have a chance to stay longer in the Philippines, he said he wanted to visit Cebu and Boracay. However, he quipped that he has a feeling he will not be able to do it this time as well. Again due to his schedule. But he hopes he can come back and be able to do it.

Back for another fan meeting with his Filipino supporters, Jung gave a preview of what to expect this time around. The actor teased he will be sharing behind the scenes stories from the projects he worked on. He is also excited to showcase his singing skills, which, according to him has been “slightly upgraded”. He showed his dedication to his craft when he told the audience he could not think of another profession besides acting, so he will be an actor no matter what.

READ: Jung Hae In Instagram Moments That Inspire Us To Celebrate Life

You have met many of your fans from around the world, what do you like about your Filipino fans?

He said first that he was happy. He is honored to have fans around the world who make sure to watch his works. Then to answer the question, he mentioned that he noticed that Philippine fans are “a little shy” (fans kind of disagreed).

He added that they are also very warm. As soon as he stepped in the airport everyone was smiling and that easy-to-smile attitude also makes him smile. He continued by saying he is always thankful for the positive and warm energy that his Filipino fans have. 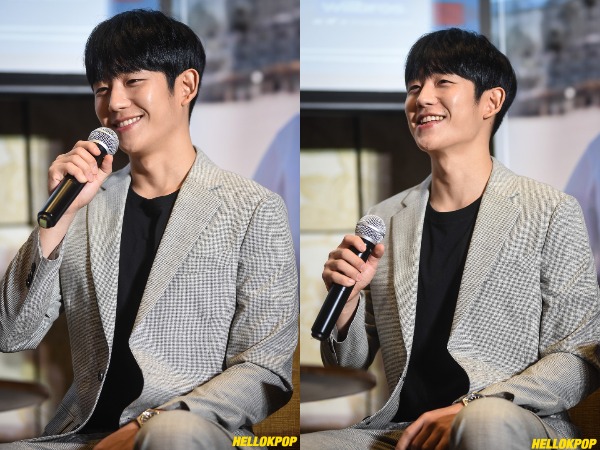 What was your fondest memory while working on Goblin?

According to Jung, his entire Goblin experience was surreal. As a fan and avid viewer of the show, it felt unreal when he was tapped to play a role. He mentioned working with Kim Go Eun, his co-star in the movie Tune in for Love and seeing Gong Yoo up close were fantastic working experiences for him. Seeing Gong Yoo in person, for the first made the whole experience more surreal.

Can you share some memorable experiences while working on One Spring Night and how is it different from your character in Something in the Rain?

The youthful actor said that for his character Yoo Ji Ho in One Spring Night, as it was the last work he did in TV as an actor, he still has a lot of fresh and good memories about the project. The interesting part is the role he played was of a father which was something new to him.

As for the difference between the characters, he told the crowd that Seo Joon Hee (Something in the Rain) “is very aggressive and goes after love”. The role is kind of a strong character. Meanwhile, Yoo Ji Ho was kind of vulnerable as he “is coming from a place of pain”. 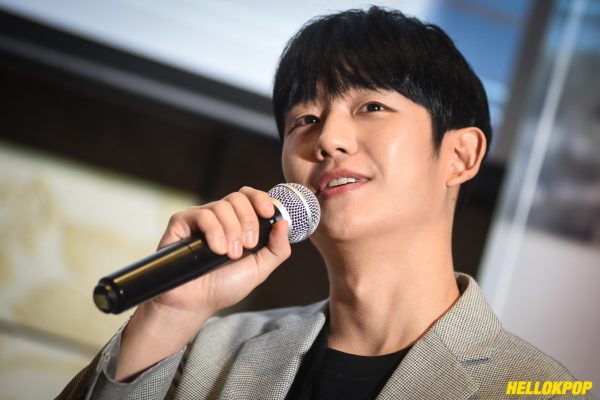 Among the roles that you have played so far which was most remarkable for you, which one is your favorite and why?

Jung Hae In admitted that the most memorable role is Yoo Ji Ho from One Spring Night. His answer earned a reaction from the crowd, mostly agreeing with him. But he added that personally, he likes Seo Joon Hee. Because the character is somebody who knows how to go about loving someone as well as having love in his life.

What is your dream role, someone you want to portray or do in the next project and why?

For this he answered that has never played somebody who is a CEO or an executive in a company. So if he has the chance, he would like to play that role, although he loves to play different roles. He also mentioned about his upcoming movie Start, which is a movie about youth. He expressed his excitement and encouraged the fans to go see it as soon as possible. 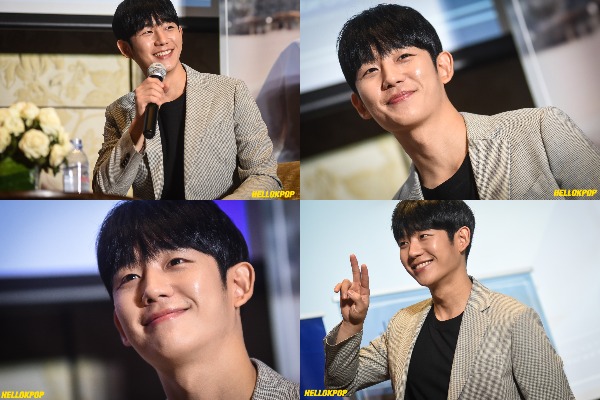 Having a huge fanbase in the Philippines, what do you think sets you apart from the rest of the K-Pop and Hallyu stars of this generation?

Jung Hae In could not hide his embarrassment upon hearing the question. He said he does not consider himself as a Hallyu star. He is just grateful to do something he loves which is acting. Hae In stated he feels embarrass comparing himself to other actors and give answers as to why he is better than them.

You have become a household name due to your acting, how does it feel to have gained so much fans not just in Korea but all over the world including the Philippines?

The talented actor could not express enough how much he appreciated the love he gets. He said that for him to be able to fly out of his home country, visit places like Manila and see fans are the things he is really grateful for. But he also feels a sense of responsibility. The more he works and having fans makes him feel a bigger sense of responsibility.

Can you share your unforgettable experiences during fan meetings?

The crowd and Jung Hae In shared a laugh when he recalled memorable moments in a couple of his fan meetings. He remembered singing out of tune and the fans reacted to that. In another fan meeting they asked him to dance and he obliged. According to him, he gave it his best but based on the reaction of the fans, he knew he was pretty bad. He added that he was so shy about those moments, making it unforgettable. 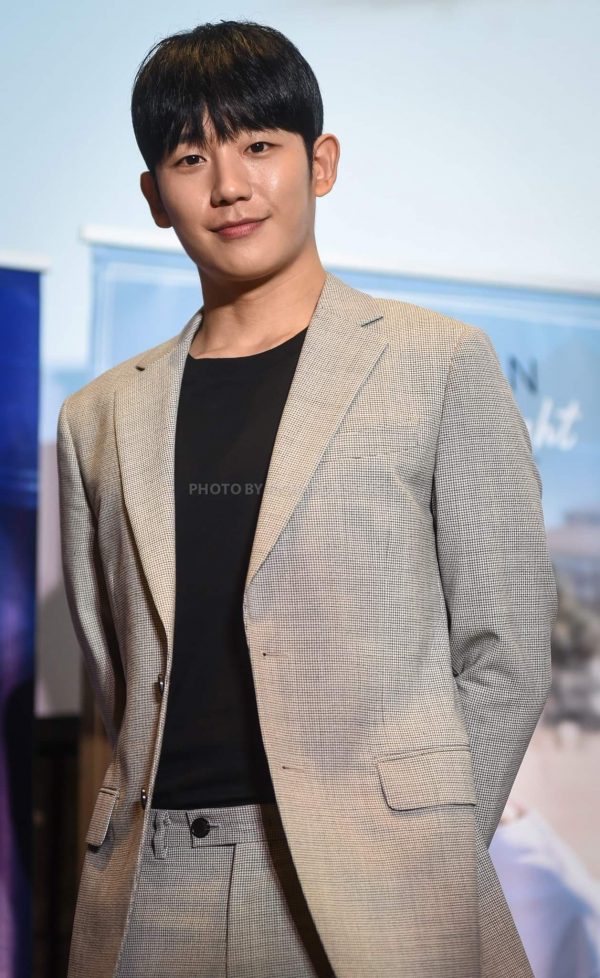 Speaking of music and dance, who is your favorite K-Pop artist?

What is your message for your loyal and loving Filipino fans and supporters?

The actor has only gratitude to convey. He said that acting is something he does because it makes him happy and it is something he enjoys. However, knowing that there are people all over the world who loves his work and enjoys watching his shows and movies, it makes him so thankful.

He thanks the press people and fans for spending time with him. He is thankful for the people taking pictures and for the interview. Jung Hae In said he is very excited to work on more shows and movies so he can make more people happy.

That was quick but a meaningful time spent with #JungHaeIn. Here he is with a message to his Filipino fans. See you guys tomorrow at the New Frontier Theater for #OneSummerNight#JungHaeInMANILA2019 is presented by @WilbrosLive pic.twitter.com/l7O2VT1oKZ

See more of this appreciative and charming actor as he meets fans on September 28, 6PM at the New Frontier Theater for One Summer Night fan meeting.

Jung Hae In One Summer Night Fan Meeting Tour 2019 is brought to fans by Wilbros Live, FNC Entertainment and Maxperience.

Hellokpop would like to thank Wilbros Live for the invitations to the press conference.