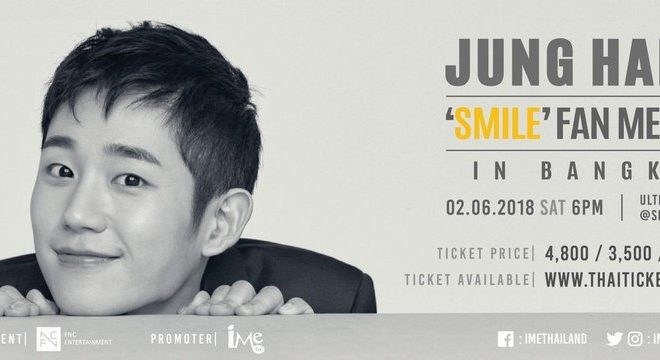 Jung Hae In To Make Thai Fans “Smile” This June

Jung Hae In is ready to create memorable moments with Thai fans that will make them smile!

For Thai drama fans, here’s your chance to meet and greet the charming actor Jung Hae In, who has been stealing women’s hearts with his genuine smile and manly charm in 2018 JUNG HAE IN ‘SMILE’ FAN MEETING IN BANGKOK. 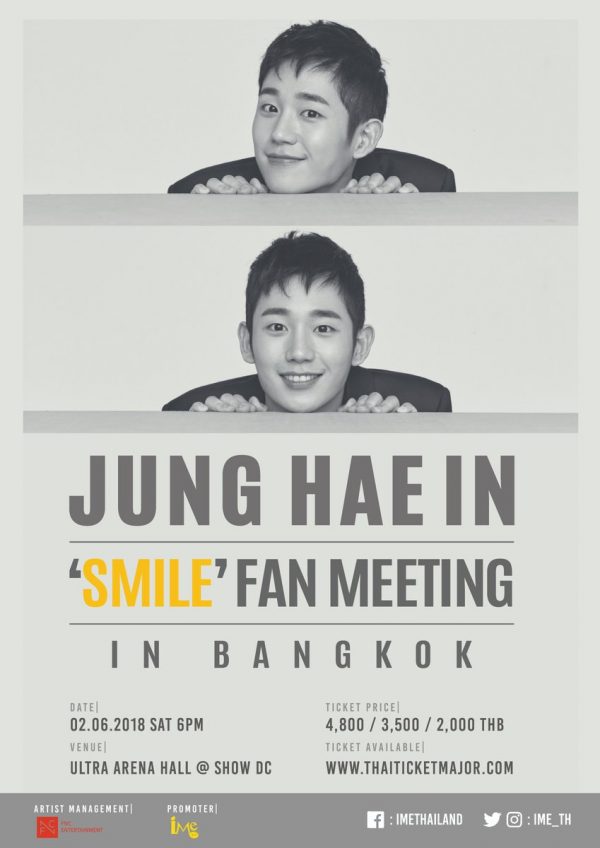 On January 10, FNC Entertainment announced a special fan meeting gift series for Jung Hae In’s followers, who have been supporting the actor and his career.

Bangkok will be the actor’s second stop for his fan gathering tour, which will culminate in South Korea. Details on the next venues are yet to be announced by the actor’s agency.

The star of currently aired well-loved drama Something in the Rain has effortlessly captivated the viewers for his portrayal as the man who loves his sister’s best friend.

Jung Hae In has been streaking lovable supporting roles since last year as the detective who gave the second lead syndrome feels in While You Were Sleeping.

2017 was a busy year for the diligent actor, who also appeared in two historical films, Conspiracy: Age of the Rebellion and The King’s Case Notes.

This year, he also suited up for the role of King Heonjong in actor Kim Joo Hyuk’s posthumous film, Heungboo. 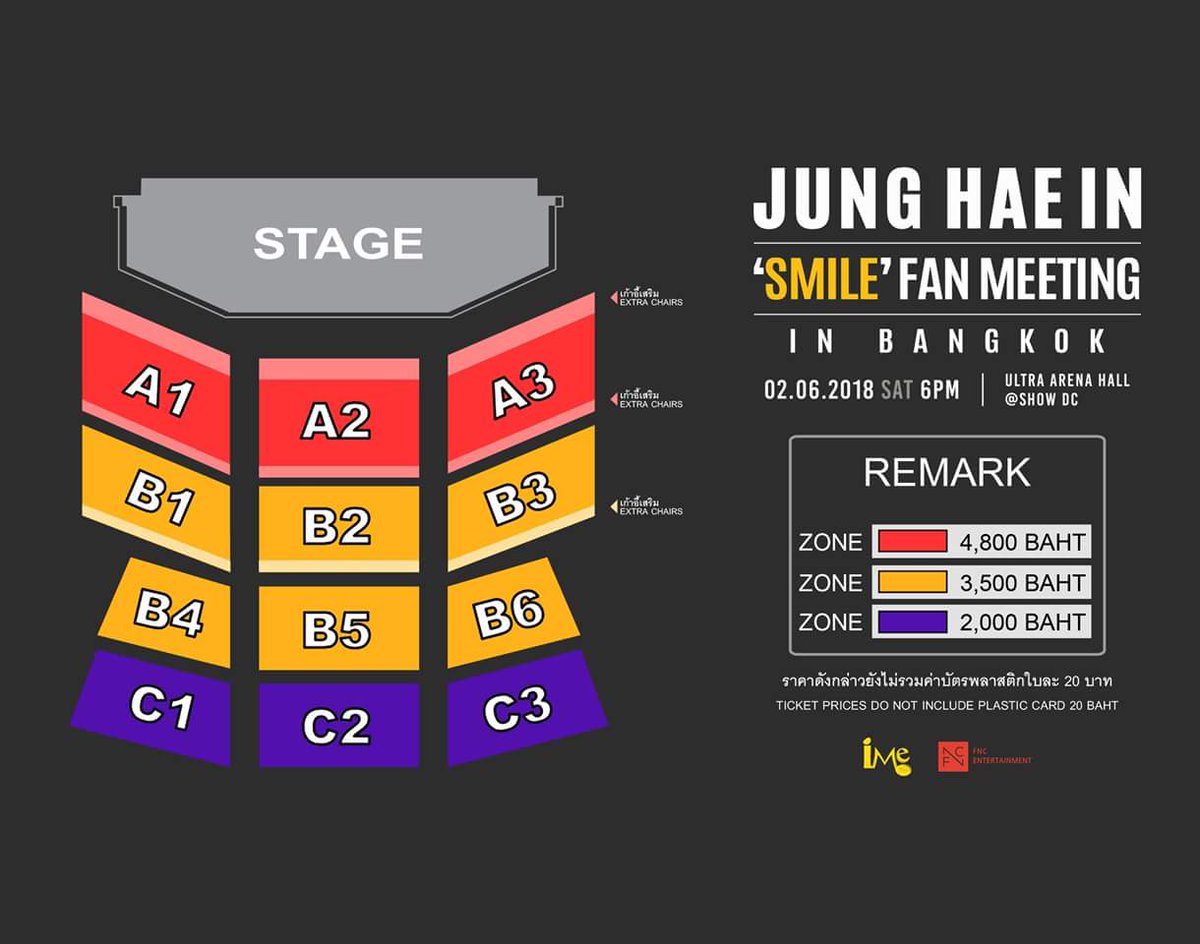 The 2018 JUNG HAE IN ‘SMILE’ FAN MEETING IN BANGKOK is brought to fans by IME Thailand, in cooperation with FNC Entertainment. Follow IME Thailand or visit its official Facebook page for updates regarding the concert.