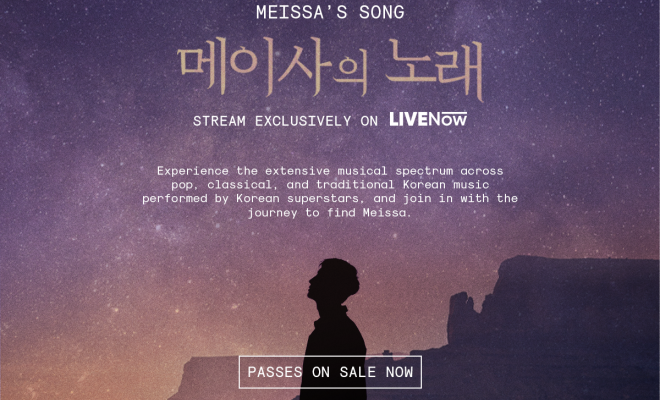 Fans can catch up with their favorite K-Pop stars over the holidays with the K-musical, Meissa’s Song, airing worldwide on LIVENow!

The premium streaming platform, LIVENow, delivers a special treat for K-Pop fans ahead of the holidays. The company will stream a new musical, Meissa’s Song, exclusively on its platform. The show features some of K-Pop’s brightest talent including EXO’s CHANYEOL, INFINITE’s L, and former B.A.P member, Jung Daehyun. 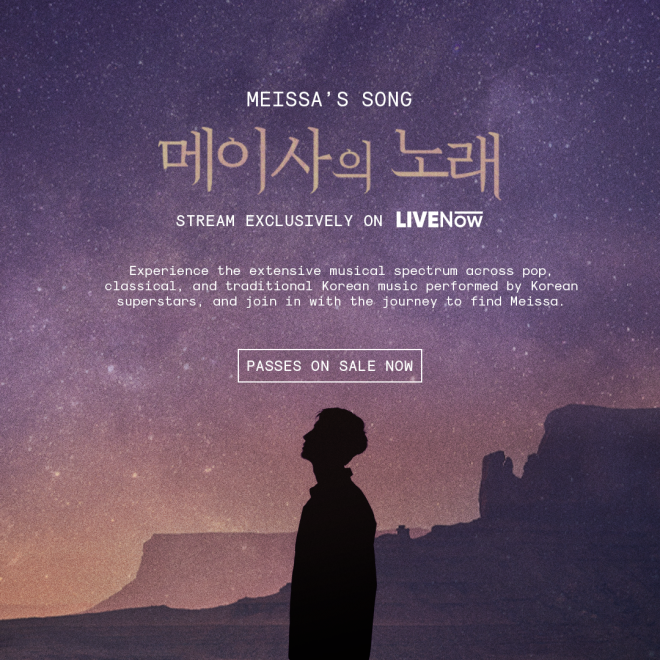 The artists will deliver a delightful show of original music, blending both K-Pop and traditional K-music elements, greeting fans in a first-of-its-kind format. Moreover, the cast will show the versatility of their performing skills and musicality in the touching performance.

The musical commemorates the 30th anniversary of South Korea joining the United Nations. The show began airing on December 21 and will be available to stream on-demand for two months. Fans can access viewing of the musical through LIVENow for $15.00 USD.

The show is available by downloading the LiveNow app or logging into the website and creating their own profile. LIVENow users can invite their friends to watch the same show from anywhere across the world.

The platform is growing its diverse entertainment offerings to its global users. Meissa’s Song is one of the many K-Pop projects planned to launch for audiences.

Meanwhile, Meissa’s Song is now available for global fans to enjoy on the streaming platform, LiveNow.