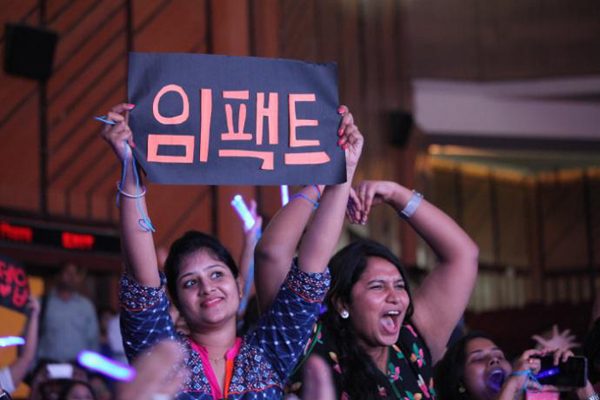 Get ready to rock, India.

The upcoming K-pop Contest India 2016 in its 5th edition, is the annual K-Pop contest organized by Korean Cultural Centre India. The cities, which will witness the grandeur and craze of K-POP, will be Delhi, Kolkata, Bengaluru, Patna, Mumbai, Chennai, and Sikkim. The extravagant K-POP Contest India 2016 grand finale will be held in Chennai at Sir Mutha Venkatasubba Rao Concert Hall on 30th July 2016.

The participants will undergo three stages of competition. The online audition, the regional round and the grand finale. The regional round will be spread across Delhi, Kolkata, Bengaluru, Patna, Mumbai, Chennai, and Sikkim. They will be held on the following dates and venues:

Star Empire Entertainment’s rookie group Imfact will be the judge for the regional round in Sikkim, while K-pop singer-songwriter Dabit along with solo artist Hayana will be the judge for the regional rounds in Kolkata and Bangalore. These artists are no stranger to India fans, as they have already performed in India before. Imfact, was at the 2015 K-Pop Contest Grand Finale last August in New Delhi prior to their debut, while Dabit and Hayana recently had fan-meetings in Delhi organized by Pink Box Events in April 2016.

His Excellency, Mr. Cho Hyun, Ambassador of the Republic of Korea to India, will be attending the regional round in Sikkim, fostering a strong relationship with the Government of Sikkim.

Winners from the regional round will get an all-expenses paid trip to compete for the Grand Finale in Chennai. The winning team at the grand finale will be nominated for the Changwon K-pop World Festival.

55
SHARES
FacebookTwitter
SubscribeGoogleWhatsappPinterestDiggRedditStumbleuponVkWeiboPocketTumblrMailMeneameOdnoklassniki
Related ItemsdabithayanaimfactIndia
← Previous Story JJCC To Hold First Mini Concert/Fan Meet In India!
Next Story → Get Ready To Run With K-pop For The Second Time In The Philippines!