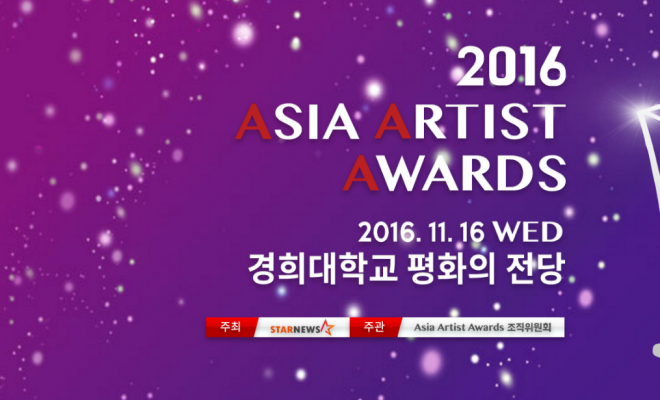 Expect a star-studded line up for this year’s ‘Asia Artist Awards.’

The ‘2016 Asia Artist Awards’ is the first-ever award giving body, which gives recognition to artists in the field of K-Pop and K-Drama of whom have made a great impact this year not only in Korea but extends to the Asian region as well.

The ‘2016 Asia Artist Awards’ will happen on November 16 at the Grand Peace Hall, Kyung Hee University in Seoul.