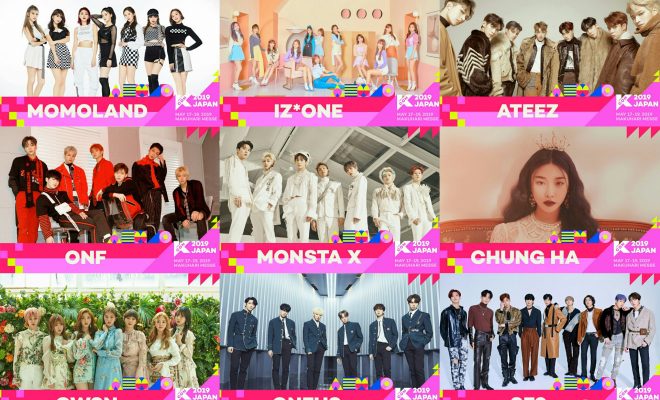 More hype for KCON Japan 2019 goes up as they add more outstanding headlining artists to their lineup!

After announcing its already-splendid lineup on March 18, KCON Japan 2019 had returned with a confirmation of its second set of headliners on March 25! Getting even more star-studded, the three-day K-Pop celebration scheduled from May 17 to 19 at the stage of Makuhari Messe keeps living up to its promise of bringing remarkable and memorable performances from various artists who had been making the industry brighter with their talented presences. 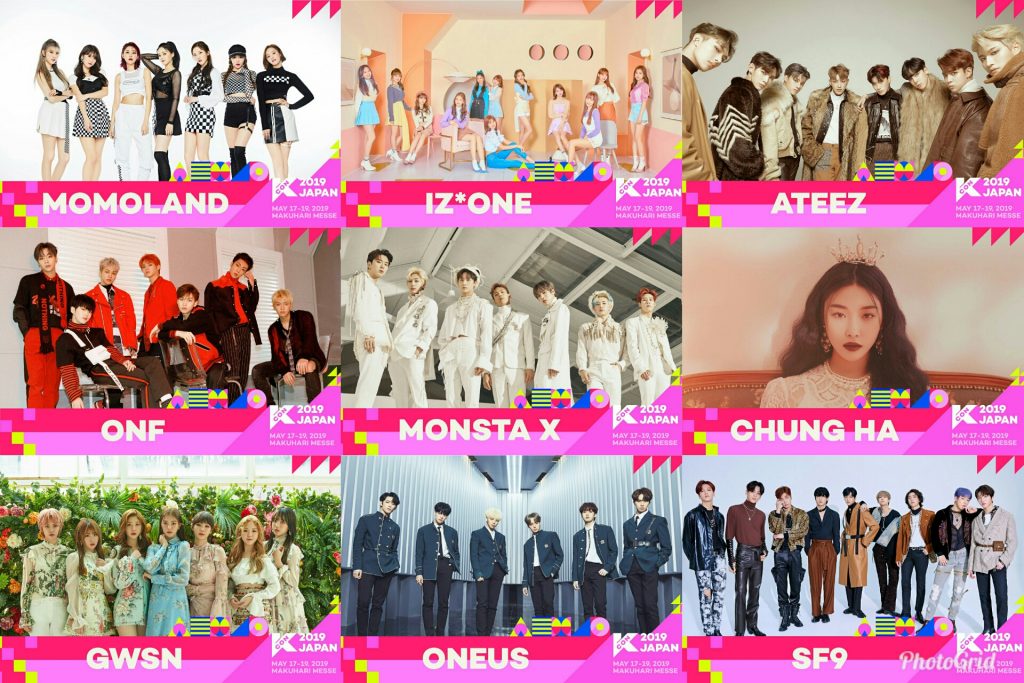 For May 17, girl groups MOMOLAND and IZ*ONE will be making the KCON stage even more beautiful as they open the festival with previously-announced performers The Boyz and former Wanna One vocalists Ha Sung Woon and Kim Jae Hwan.

ATEEZ will also make the crowd scream “hala hala” on the festival’s first day with their intense-filled performances, definitely marking a great start for the three-day celebration.

On March 18, ONF will be joining ITZY, WJSN, and VERIVERY, who announced their KCON attendance earlier, in sending love to Japanese K-Pop fans through their special performances.

Moreover, Chung Ha will be adding to the girl power as she stands on the stage’s second day to show off her various talents as a musician.

Monbebes will also shoot out with excitement as MONSTA X takes over on the same day with their hot and powerful performances which will have you pulled into their swamp in no time.

Lastly, SF9 and ONEUS will be closing the festival with TWICE, PENTAGON, and first-day performers IZ*ONE on May 19 with a set of fun and charm-filled performances for their fans.

After having performed on the second day, GWSN will be returning as a part of the solid lineup for May 19 as well, bringing their cosmic beauties and talents to the Japan stage through their prepared performances.

The second ticket selling date for KCON Japan 2019 will open on March 26 at 10 AM, Japanese standard time, via KCON Japan’s website.