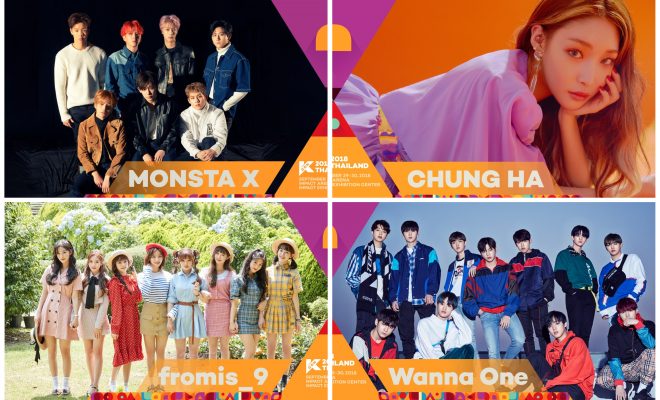 With back to back charismatic performances from these artists, we guarantee that “KCON 2018 THAILAND” will be one for the books!

After a successful run of energetic concerts and blissful memories in KCON LA, the largest convention that celebrates all things Korean, heads to Thailand to treat their Southeast Asian fans. Boasting a venue of 11,000 seats, these acts will surely feel the love as fans will fill the arena to support their favorite artists in the upcoming KCON 2018 THAILAND this September.

The roster of phenomenal artists for the official line up include Stray Kids, the energetic younger brothers of GOT7, gaining popularity worldwide with their exciting performances as well as being included in Billboard magazine’s “Top 5 New K-Pop Artists to Watch in 2018” and SUNMI, one of the top K-pop female solo artists with her unique and charismatic stage presence.

K-pop acts’ THE BOYZ, a global rookie group with very talented boys as well as refreshing voices and enchanting stage visuals; and TheEastLight, a young dynamic boy band group with exceptional songwriting and composing talent are also set to enchant fans with an energetic and thrilling stage on their first KCON stint. 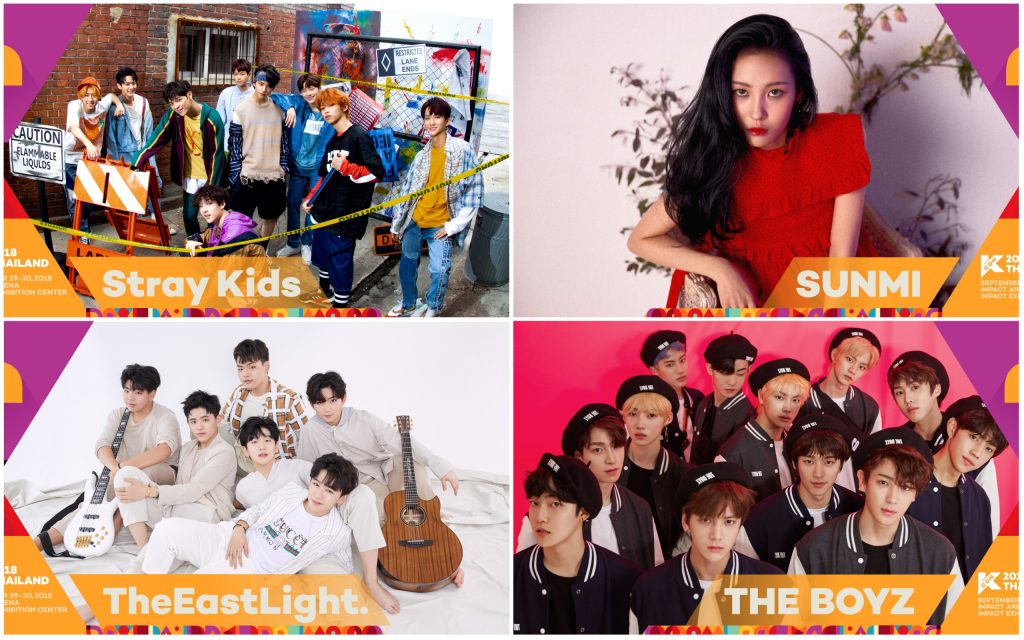 Also among the stellar line of these top K-pop artists is ChungHa, a rising solo K-pop artist known for her charismatic voice and powerful performances. She gained attention as a unique solo artist releasing attention-grabbing albums since her I.O.I days.

K-pop girl group, fromis_9, will also bring out their youthful charms to win the hearts of Thai fans through their sweet and cheerful voices. 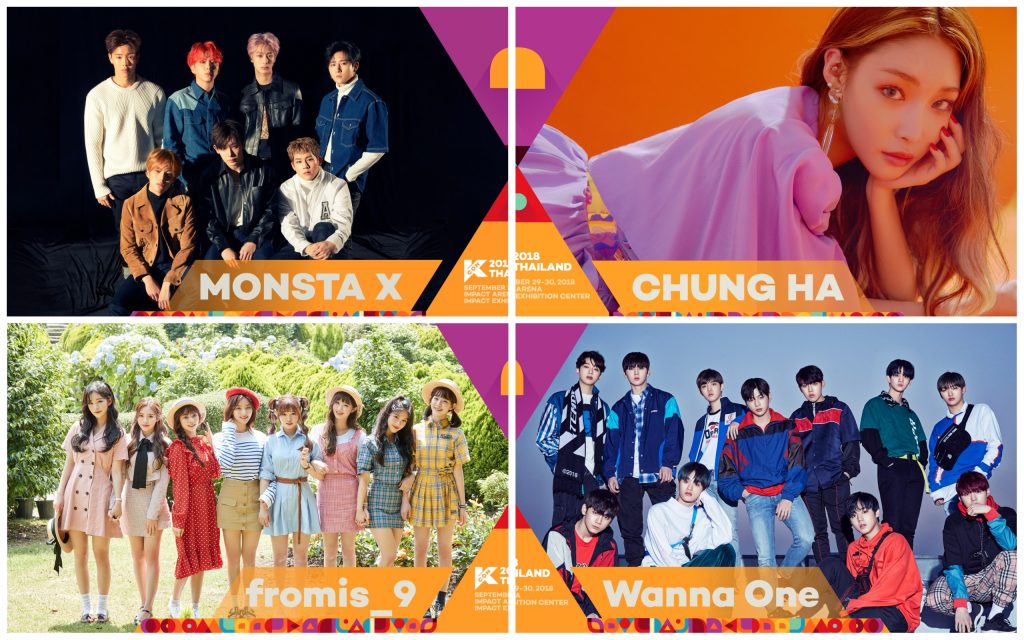 Global phenomenon, Monsta X, is also added to the list of artists to entertain Bangkok in September. They have proven themselves as one of the most influential K-pop groups this year. During their world tour, they received amazing response when they promoted and performed for Thailand Monbebes proving that Monsta X will be welcomed warmly once again as they perform in KCON 2018 THAILAND.

Speaking of phenomenal artists, Wanna One has also been announced as the headline act at the event. They have reached global sensation status on their world tour and has been actively building their worldwide fan base with electrifying tracks such as Energetic, BOOMERANG and Light.

For Day 1, get ready for electrifying performances from SunMi, Wanna One, Golden Child, Stray Kids, MONSTA X, and ChungHa with Nature as a special guest.

Gracing the stage on the second day will be THE BOYZ, fromis_9, TheEastLight, GOT 7, PENTAGON, and (G)I-DLE with Varsity coming up the stage as a special guest. So gather your lightsticks, banners and merchandise and head to Thailand to support you favorite group as you enjoy the first ever KCON in Southeast Asia.

KCON is the world’s largest Korean culture convention and music festival organized by CJ ENM. Thailand has been selected as the first ever KCON destination in Southeast Asia. The event will be held on September 29-30 in Impact Arena, Bangkok, Thailand.