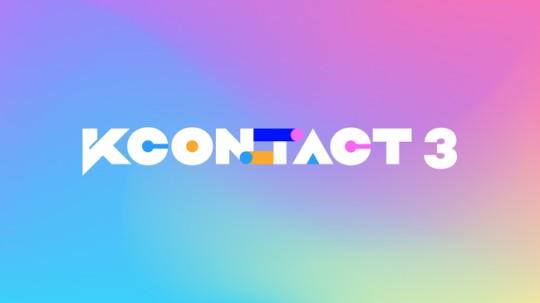 K-Pop fans can gear up for the third season of KCON:TACT, coming soon to fans this March!

“KCON:TACT”, was first introduced last year to eager K-Pop fans. In light of COVID-19, the online event replaced the typical “KCON” convention and concert experience, instead delivering fans with similar events through a digital platform. After huge success, the third season of the event titled, “KCON:TACT 3” will run from March 20 to March 28.

Following the outbreak of COVID-19, KCON shifted gears last year and instead ran twice through online streaming in both the summer and fall of 2020. The move to a digital platform enabled artists and fans to connect once more. Over 60 K-Pop artists participated, and around 8.45 million fans tuned into the events.

KCON:TACT 3 Brings A World Tour To You

KCON:TACT 3 will use data gained through prior conventions to customize content based on the most popular elements enjoyed by fans in each region. Local influencers will participate, hosting workshops and fan-meetings, which were popular events for fans in the U.S and Japan particularly. The influencers will visit fans in their according time zone with their respective language.

KCON will again offer real-time events for global fans, creating synergy even in a digital setting.

Meanwhile, KCON:TACT 3 will deliver show-stopping performances by fans’ favorite artists once more. Through Mnet’s directing skills, the concert will feature a ‘world tour concept’ from start to end. By implementing the in-person KCON venue with high technology, the event will provide fans with the feeling of attending a world tour with K-Pop artists.

To add even more excitement to the event, “KCON:TACT 3” will deliver collaboration and fan stages to the mix.

Mnet also plans to create a spin-off show for the event, celebrating the wide musicality of its participating artists. The goal of the show is to display artists’ various talents that may not have been revealed before.

KCON:TACT 3 will also include a “Meet & Greet” segment that offers fans and artists time to communicate with one another through various themed-activities.

This year’s season of KCON will use regional platforms, enabling easier access for global K-Culture fans. In Korea, KCON:TACT 3 will air on television while overseas fans can access the event through KCON’s and Mnet K-POP’s official YouTube channels.

In regards to the event, CJ ENM stated, “Being able to meet various artists who lead the present and future of K-pop in one place is a great strength of KCON:TACT 3. We are preparing a variety of content so that you can feel the experience from offline sites these days. We will try to take the lead in spreading K-Pop globally beyond time and space in the future.”