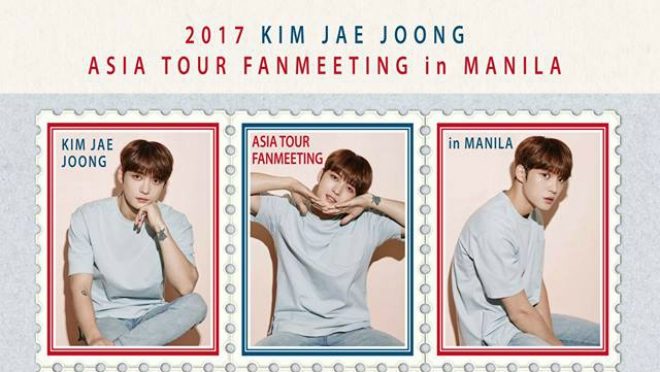 As if seeing on stage is not squeal-worthy enough, event producer Fangirlasia continues to brew more surprises for Filipino fans who have waited a decade to see Kim Jae Joong up close.

A special fan signing event for 300 lucky fans will be held on November 30, which is the day of the 2017 Kim Jae Joong Asia Tour Fan Meeting in Manila.

“We’re constantly brewing surprises and finally, we have one ready to perk you up for today!” Fangirlasia announced on its official Facebook page on October 25.

Through the fan signing event, fans will get the opportunity to meet Jae Joong face-to-face and have their posters signed by the singer-actor.

Tune in to Fangirlasia’s Facebook page on November 23 for the announcement of winners.

The special fan signing event is a bonus treat for the fans who will be attending the 2017 Kim Jae Joong Asia Tour Fan Meeting in Manila on November 30, 6 p.m. at the Smart Araneta Coliseum in Cubao. 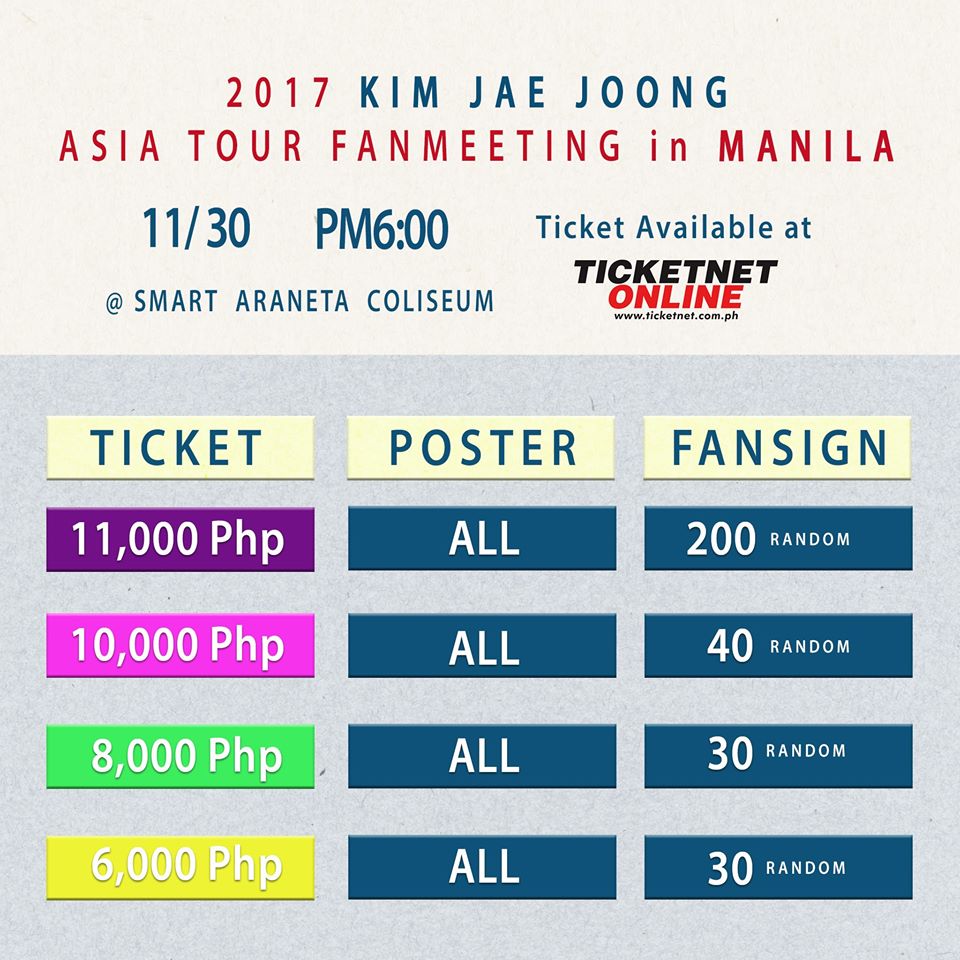 Kim Jae Joong debuted in 2003 as a singer and swept the hearts of many with his good looks and powerful vocals. Aside from music, he also ventured into acting, and has since starred in numerous acting projects including Protect the Boss, Triangle, and SPY.

He recently wrapped up his first post military drama Manhole as he played the love-struck Bong Pil who travels through time to keep the love of his life Soo Jin from marrying someone else.

Hellokpop, as an independent Korean entertainment news website (without influence from any agency or corporation), we need your support! If you have enjoyed our work, consider to support us with a one-time or recurring donation from as low as US$5 to keep our site going! Donate securely below via Stripe, Paypal, Apple Pay or Google Wallet.
30
SHARES
FacebookTwitter
SubscribeGoogleWhatsappPinterestDiggRedditStumbleuponVkWeiboPocketTumblrMailMeneameOdnoklassniki
Related Items2017 Kim Jae Joong Asia Tour Fanmeeting in ManilaFangirlasiaJae JoongJYJKim Jae Joong
← Previous Story “K-Pop Republic 2” Overwhelms With Explosive Performances From NCT 127, Cosmic Girls, N.Flying And GFriend
Next Story → SF9 Fulfills Fantasies And Dreams In Their First Local Solo Concert