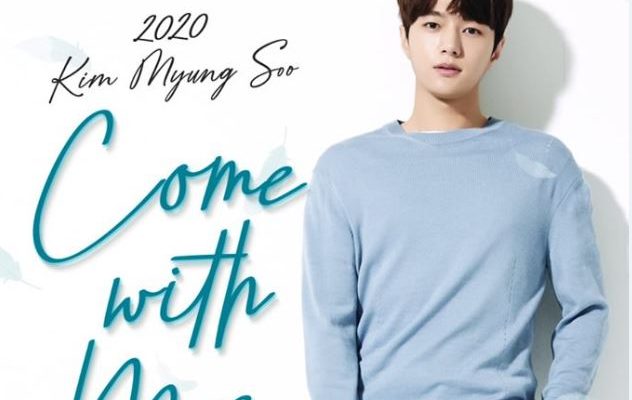 Hail to a heavenly new year for Philippine fans of Kim Myung Soo!

The actor is confirmed to meet his Filipino fans for his first ever fan meeting in the country. Event organizer CDM Entertainment announced the delightful news across its social media channels on November 6. 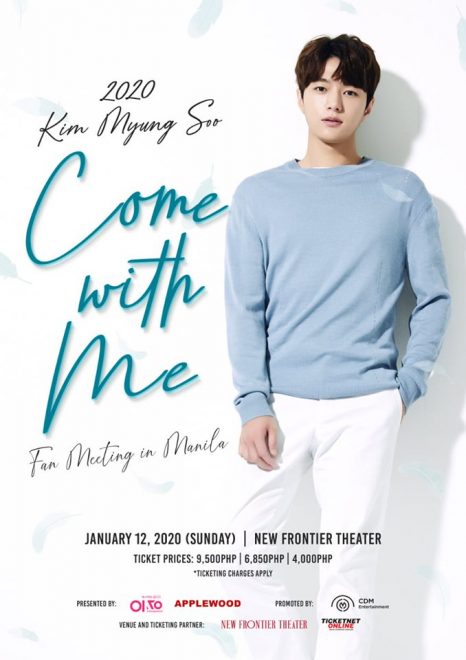 Aiming to bring cherished memories, the talented idol-actor will grace the 2020 Kim Myung Soo <Come with Me> Fan Meeting in Manila on January 12 at the New Frontier Theater.

Tickets to 2020 Kim Myung Soo <Come with Me> Fan Meeting in Manila are as follows:

All fan meeting attendees get to have a fleeting moment of bliss with a Hi Touch opportunity with the handsome artist. Additionally, official poster and special event photo card will also be given to all.

Group photo by batch of 10 will be a special perk for all MVP ticket-holders.

Lucky fans from the three ticket tiers will also stand a chance to get signed posters: 100 for MVP, 35 for VIP and 15 for ANGEL’s PASS attendees. 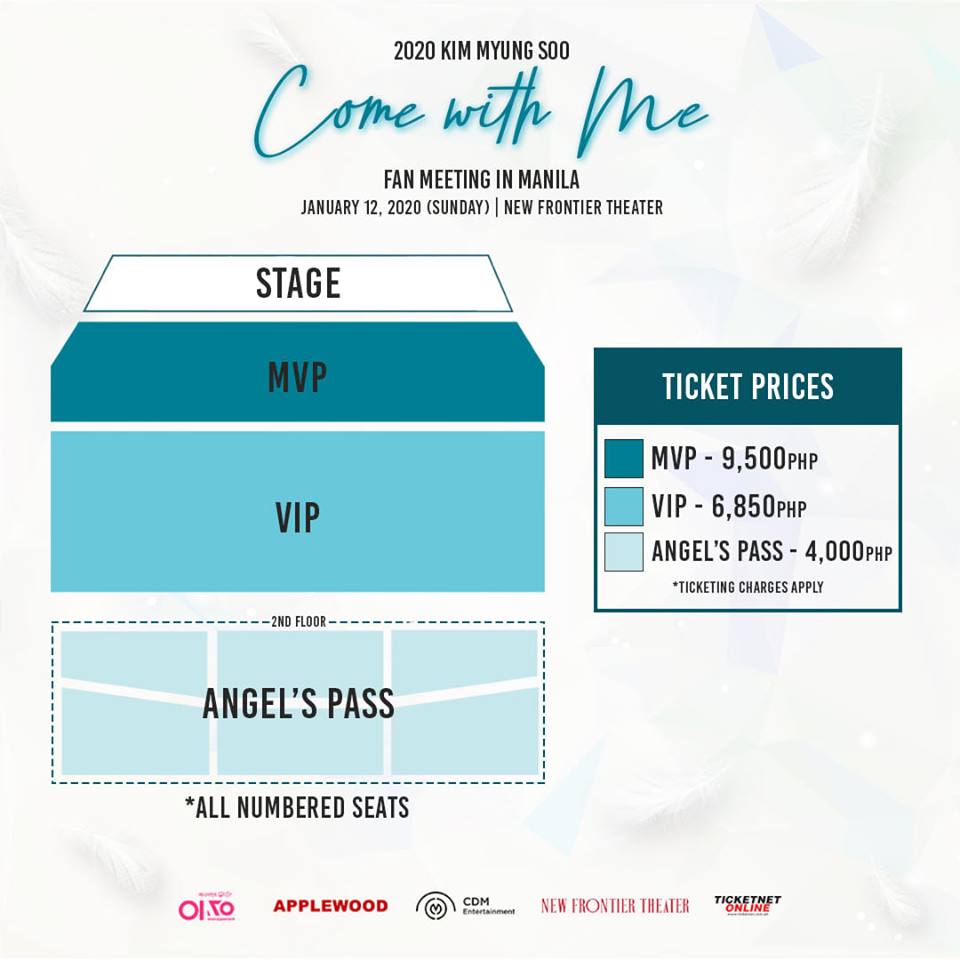 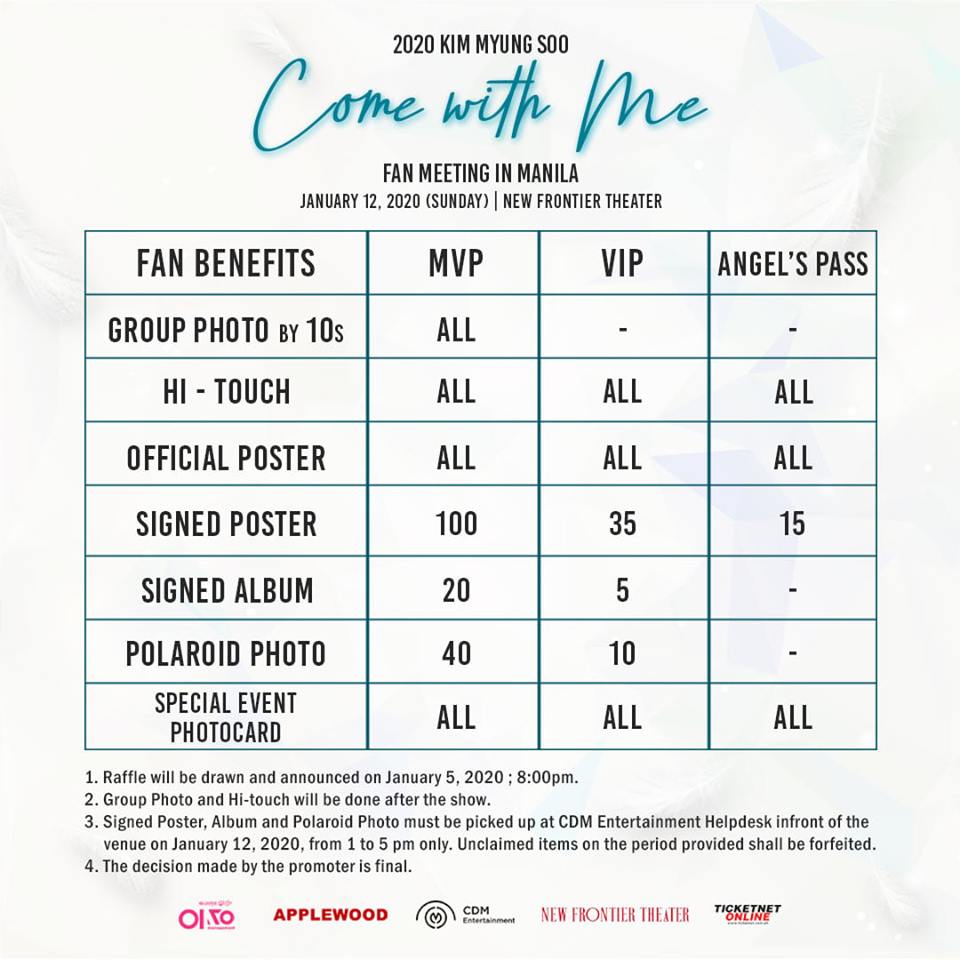 Meanwhile, MVP and VIP fans should hope their guardian angels are working overtime. That is because 20 MVP and 5 VIP fans get to take home signed CDs. Also, 40 MVP and 10 VIP ticket-holders can vie for signed polaroid photos of K-Dramaland’s most-loved angel.

The raffle activities will be drawn and announced on January 5, 2020 at 8PM. For updates and inquiries about ticketing and fan meeting details, visit CDM Entertainment’s Facebook page.

An angel is knocking on your door! Kim Myung Soo would like to invite you to his first ever solo fan meeting in the Philippines titled 2020 Kim Myung Soo [Come With Me] Fan Meeting in Manila.Mark your calendars—it will be on January 12, 2020 6 PM at the New Frontier Theater. Tickets will go on sale November 23, 2019, 10 AM at any TicketNet outlet nationwide or online via www.ticketnet.com.ph Sana all makapunta!#SanaAll_inKMSinMNL#김명수 #KIMMYUNGSOO #COMEWITHME #MANILA #KMSinMNL #MANAGEMENTLEESANG #APPLEWOOD #CDMentertainment

With limitless drive to explore his artistic horizon, Kim Myung Soo traces his beginning in 2010 as vocalist of K-Pop group INFINITE. His evident ethereal visual led him to venture into acting for small and supporting roles. Among those are Flower Band, Cunning Single Lady and My Lovely Girl to name a few.

Marking his first male lead, he starred opposite Yoon So Hee in 2016 web drama, One More Time, which currently streams on Netflix.

While carving his niche in the acting world, Kim has diligently promoted numerous activities for the vast music releases and concert tours of INFINITE.

Aside from that, he has also released solo works including “Reminisce”, a track from INFINITE’s 3rd studio album Top Seed. Lending his voice to his drama projects, he also contributed sound tracks for Flower Boy, The Emperor: Owner of the Mask and Angel’s Last Mission: Love.

In the last two years, the actor with a beautiful dimpled smile, has starred in three lauded dramas which has also earned him wide praises. His last two male lead roles in Miss Hammurabi and Angel’s Last Mission: Love yielded strong following and ratings. Thus, strengthening the prominence of Kim as one of the most reliable actors of his generation.

Welcoming his new season with a project, Kim is posed to embark on his upcoming drama, Welcome. Based on a web comic, he will pair up with Shin Ye Eun on the KBS2 TV production in March 2020. 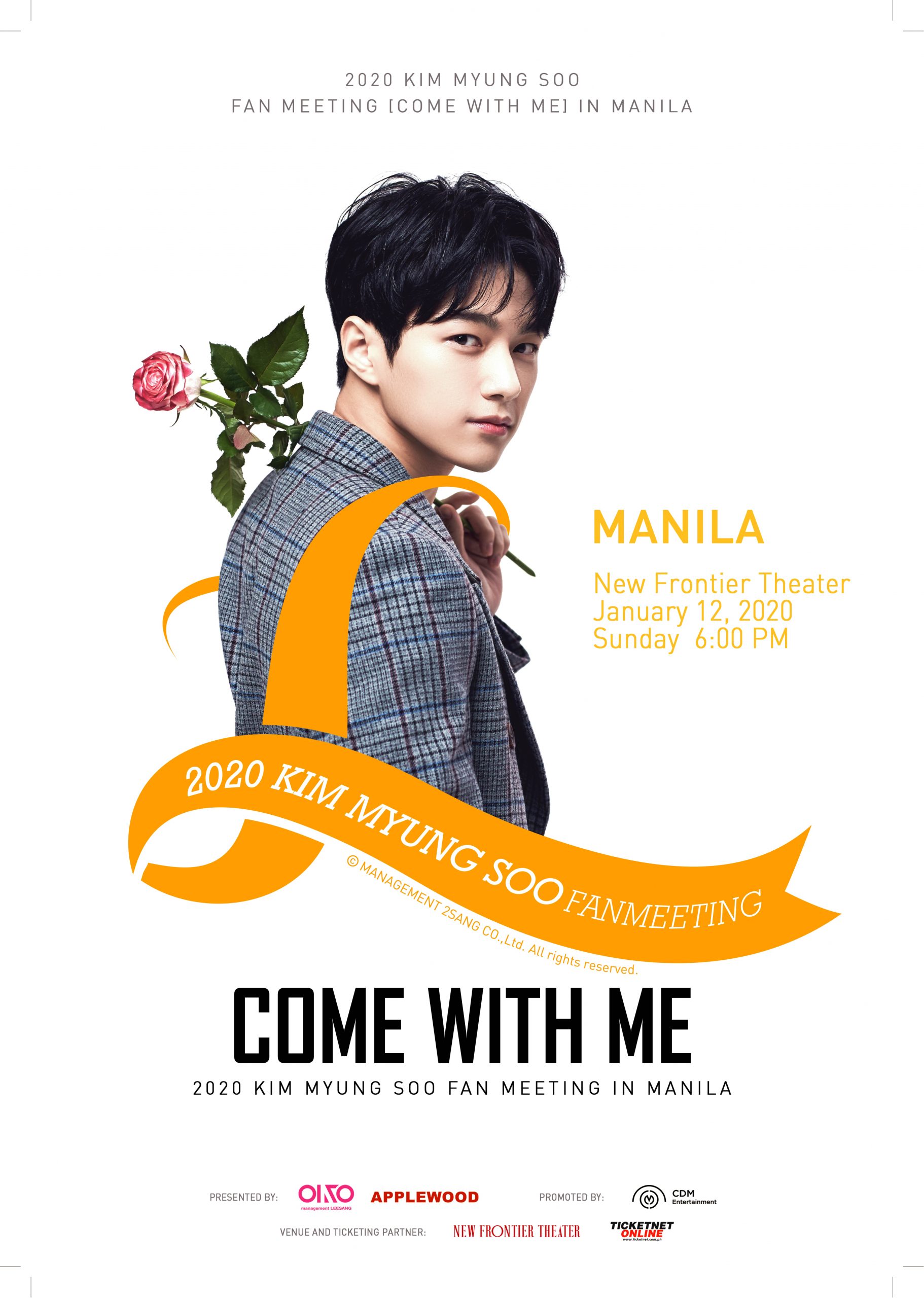 2020 Kim Myung Soo <Come with Me> Fan Meeting in Manila is brought to fans by Management Lee Sang, Applewood and CDM Entertainment