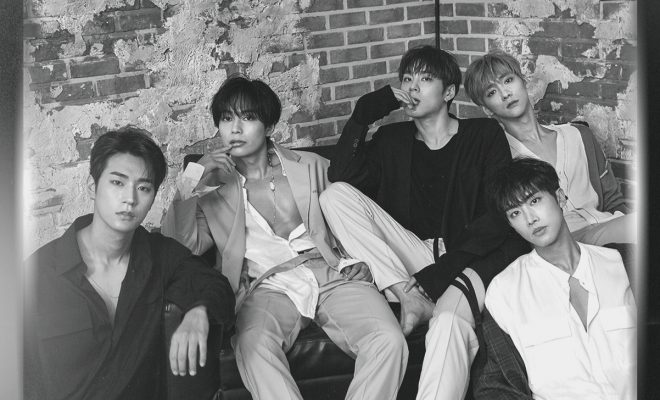 KNK To Kick Off “Sunrise Tour In Europe” This August

KNK aims for CLOSER encounter with their Europe fans!

After successful shows in the United States, KNK gears up to take its show in Europe for the first time ever as a headlining artist. 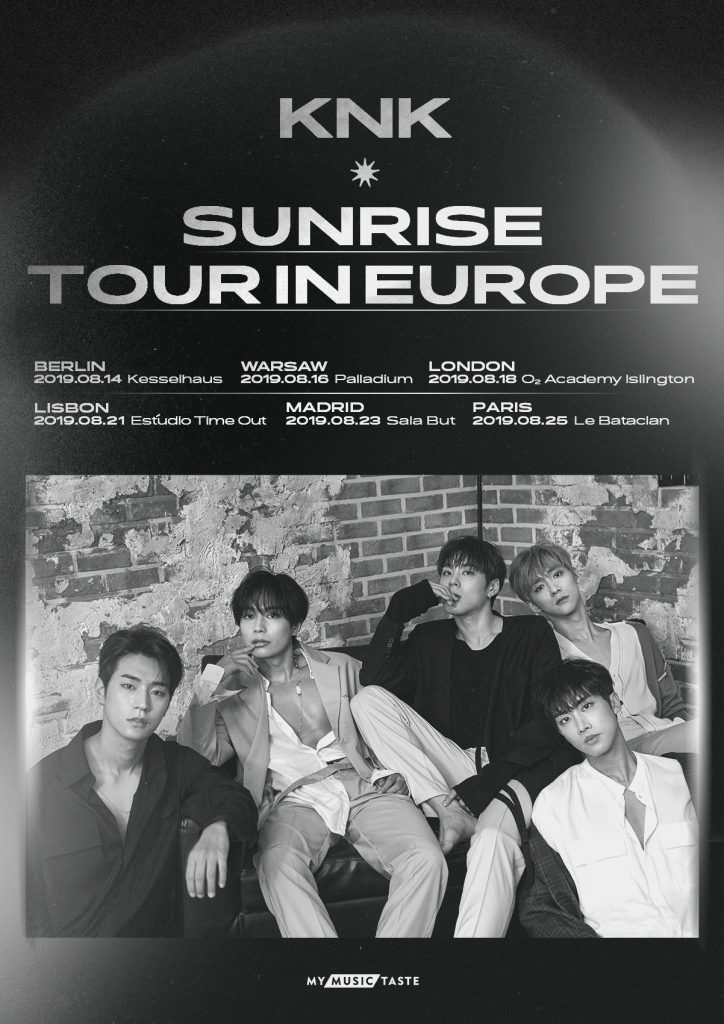 Answering to the fans’ earnest wishes, Seoham, Inseong, Jihun, Heejun and Dongwon are set to brighten up six cities with KNK Sunrise Tour in Europe.

Fans will have the opportunity to hear the band’s powerful live performances including songs from their latest album. Aside from that classic favorites like “KNOCK”, “U”, and “Rain” are expected to be staged.

KNK Sunrise Tour in Europe is made possible thanks to the overwhelming demand on fan-initiated concert making service MyMusicTaste. It is a global online service where fans request their favorite artists to their cities for a live performance.

Debuted in 2016, KNK has released three mini albums and six single album. Prior to their launch as a group, the members used to be trainees of various entertainment agencies. Before their US tour, the band has also held well-received concerts in Japan.

Further information on the tour and ticket purchase can be found on mmt.fans  or other social media channels of MyMusicTaste.

MyMusicTaste is a fan initiated live event making service that brings fans, artists and promoters from all over the world together in one place to create a valuable and meaningful concert experience for everyone involved. It puts the power in the fans’ hands, allowing fans to request their favorite artist’s concert in their city. With the mission to connect and amplify the voices of fans all over the world, MyMusicTaste successfully promoted concerts of artists such as EXO, GOT7, MONSTA X, The xx, Machine Gun Kelly, and more in over 52 different cities. Currently, www.mymusictaste.com supports more than 30 countries and offers 15 different languages.

FacebookTwitter
SubscribeGoogleWhatsappPinterestDiggRedditStumbleuponVkWeiboPocketTumblrMailMeneameOdnoklassniki
Related ItemsKNKKNK in EuropeKNK Sunrise Tour in Europe
← Previous Story From Seoul To Madrid: DAY6 To Pull Everyone Into Its Live Music Through “Gravity” World Tour
Next Story → The Boyz Weaved A Happy Ending Full Of Enchanting Memories With Filipino Fans For The Last Stop Of “The Castle” Tour In Manila