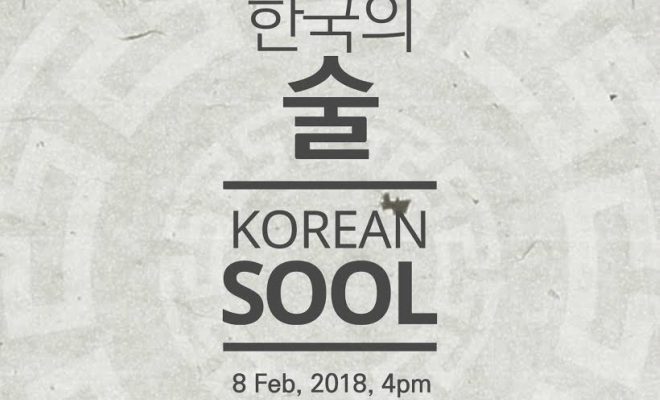 Know more about Korean traditional drinks in the Philippines next month!

The Korean Cultural Center in the Philippines (KCC) will hold a special exhibition for Korean traditional liquor on February 8 at the KCC Exhibition Hall.

Through Korean Sool, Korean liquor sommelier and founder of Soy and Rice Jisung Chun aims to share South Korea’s food and drinking culture. She also intends to introduce Korean rice liquor to the Philippines, which is more familiar to soju and makgeolli.

“There are more than 2,000 kinds of Korean traditional drinks in Korea,” Chun said, adding that each drink has its own distinct story and flavor. She also hopes that the exhibition will spread the charm of Korean drinks, and start the Korean sool wave in the archipelago. 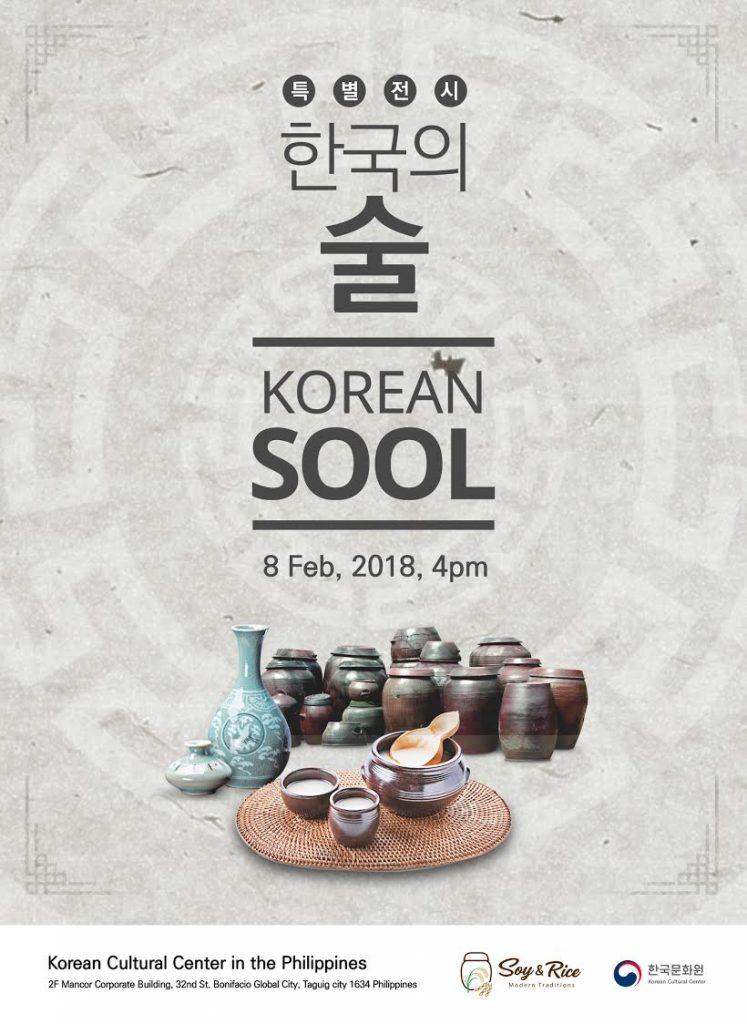 The promotional poster for the “Korean Sool” exhibition on February 8. (Photo by KCC)

The Korean drinking culture has a long history with its own historical documents on drinking etiquette and rules, and variety of drinks which matches the rich culture of Korea.

“Filipinos are showing great interest in Korean drinking culture,” said KCC director Lee Jincheol. He also added that the Korean Sool exhibition will be a great chance to understand Korean food and drinking culture through its authentic traditional drinks.

The Korean Sool exhibition is open to the public for free from 9 a.m. to 5 p.m., Monday to Saturday at the KCC Exhibition Hall. The exhibition will commence on February 8.

The Korean Sool exhibition is presented by the Korean Cultural Center in the Philippines, and organized by Jisung Chun.