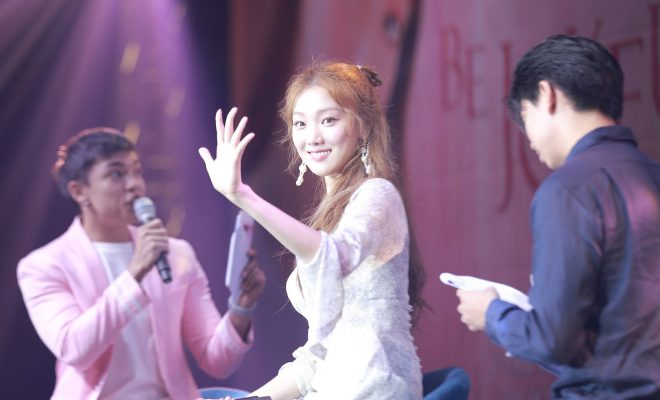 Lee Sung Kyung charmed her way into the hearts her Filipino fans without holding back.

The actress had her very first fan meeting on July 27 at SM Skydome. Despite the horrendous rain, her supporters arrived happily just to meet their favorite actress face to face at Lee Sung Kyung Be Joyful 1st Fan Meeting in Manila. 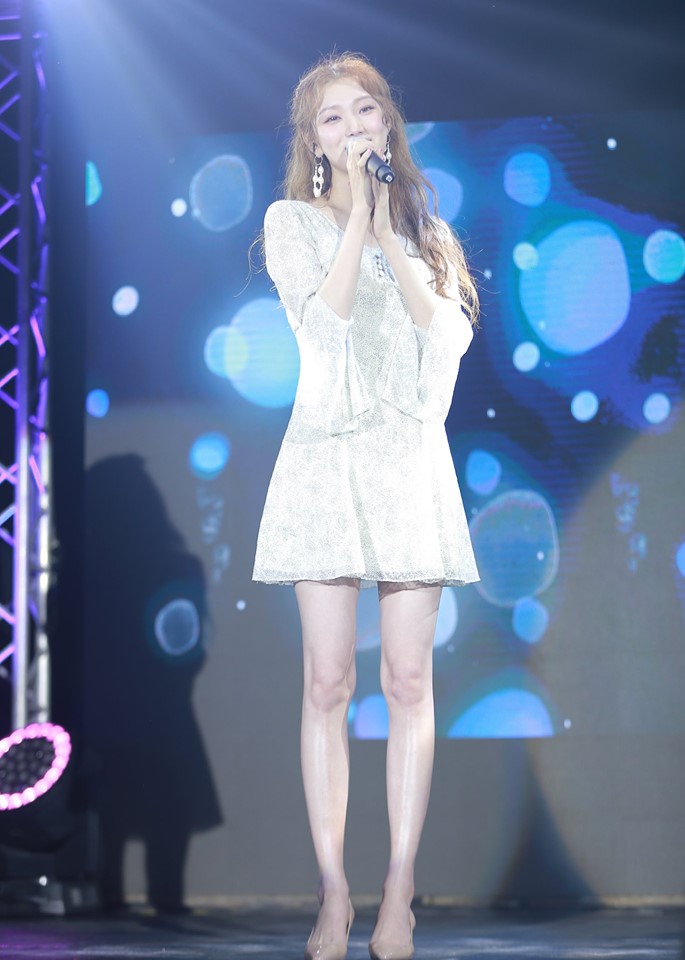 Lee surprised her fans by appearing on the stage at the beginning of the fan meeting. Her sweet version of the Disney’s The Little Mermaid song “Part of Your World” was met with excited shrieks and screams. The fans were beside themselves as she serenaded the crowd and burst into chants of “we love Kyung” after her song number. A short video presentation followed next before the actress reappeared on stage. 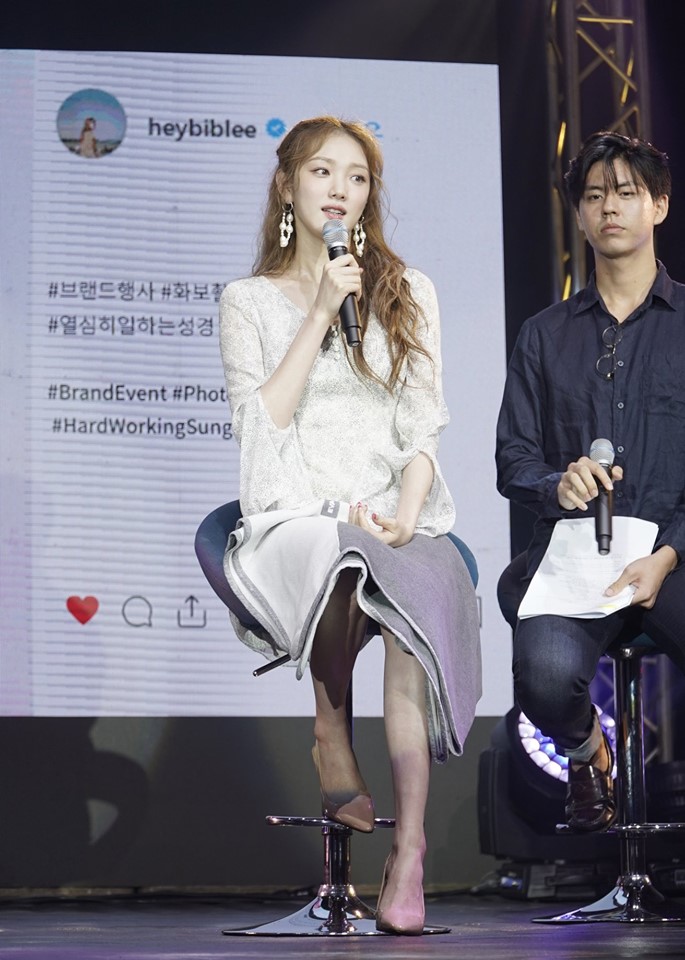 Later on, Lee shared short video clips of all the roles she previously portrayed. Fans screamed with delight when they saw their favorite scenes. The beautiful actress expressed her gratitude to be able to portray different roles that allowed her to try something new. She cited her role in About Time as the most difficult character that she had to portray because she also had to practice her singing. She also revealed that she had a piano scene in that drama that she had to practice for ten hours. Furthermore, Lee also revealed that she almost didn’t accept the role of Choi Mikaela. She was hesitant because of the emotional scenes involved.

Naturally, Lee said that her most popular role, Kim Bok Joo, left the biggest impression on her. She’s aware of the love her fans have for Bok Joo, and she’s grateful that it was a comfortable drama to do. 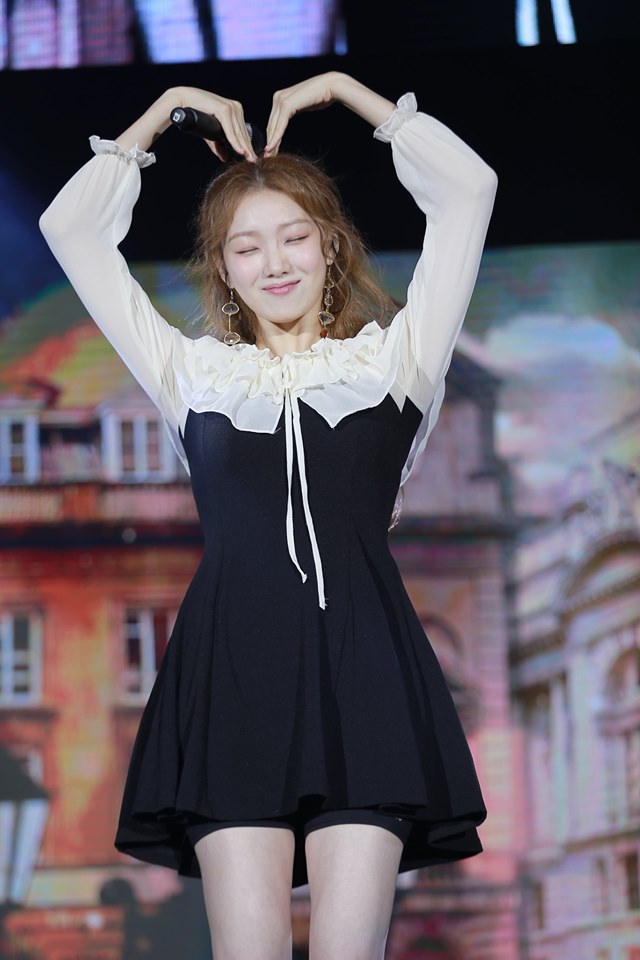 Thereafter, she revealed the songs she had on her favorite playlist. She cited the famous song from Disney’s Aladdin, “A Whole New World”, as her current favorite song. Lee also included the upbeat song from the popular drama It’s Okay, That’s Love – Once’s “You’re My Best Friend”. She explained that it was a special song for her because it came from her first drama.

Additionally, this song was played every time her character had a scene. Finally, Lee left the most popular song among the fans as the last song on her playlist. Fans screamed with delight when “From Now On” by Kim Min Seung began playing. The song from Weightlifting Fairy Kim Bok Joo instantly got the fans excited further because Lee said it was the song she thought would be nice to listen to with her Filipino fans. 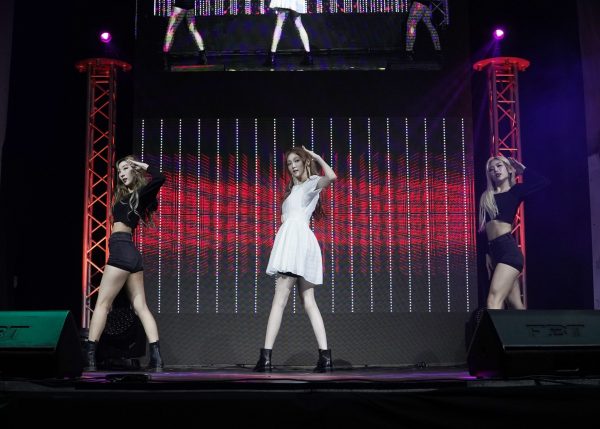 In the next part of the program, Lee played a game with her fans. She gave options for them to choose from, “Do Everything”, “Keyboard Performance”, “Sexy Walking” and “Girl Group Dance”. Naturally, the fans chose for her to do everything, which Lee happily obliged to. The fans went wild because Lee was extremely shy over her dance skills, but her exuberant dance stage got the fans dancing on their feet.

Lee’s Gift To Her Fans

At the last part of her program, Lee took Polaroid shots of herself and raffled off all her photos. Fans clamored for a chance to win the unique and rare photos that a true Lee Sung Kyung fan would cherish. She also played a game with all her fans and gave away special prizes to the lucky winner. The actress also granted several special wishes for the fans.

It was definitely a night to remember for both Lee and her fans. That night left a great memory in the hearts of everyone who enjoyed the evening. Spending time with the beloved actress was a happy wish come true for Lee’s fans and surely won’t be the last. 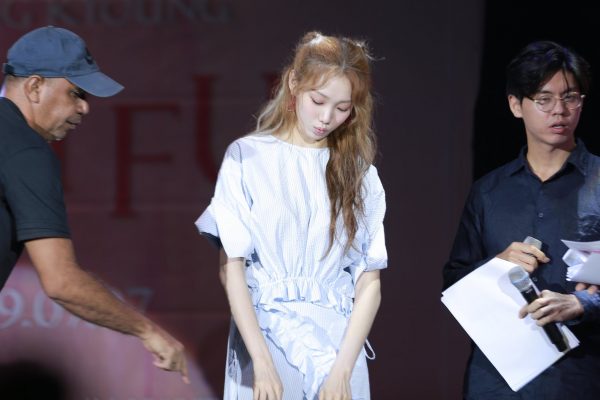 READ: Lee Sung Kyung Talks About Swag, Favorites, & Whether There Will Be A “Weightlifting Fairy Kim Bok Joo” Season 2

Hellokpop extends gratitude to CDM Entertainment for the media pass during the event.