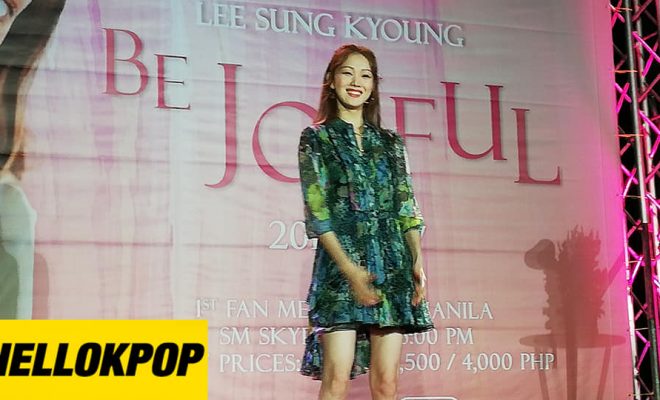 Lee Sung Kyung Talks About Swag, Favorites, & Whether There Will Be A “Weightlifting Fairy Kim Bok Joo” Season 2

The tall and beautiful actress had a press conference in Manila on the day of her arrival, July 26. Excitement filled the air as members of the media and Lee Sung Kyung fans waited patiently in the theater. 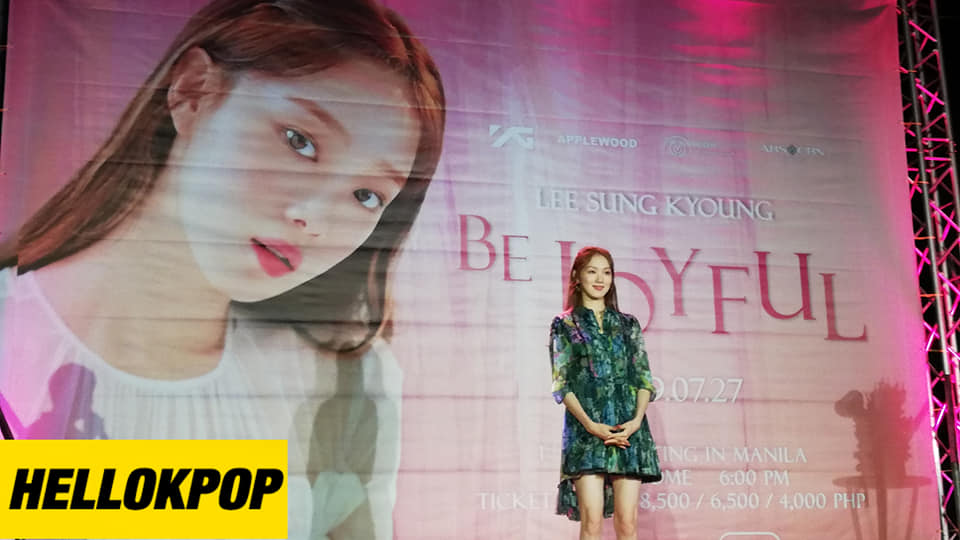 And the actress did not disappoint. She appeared like a sweet angel and fans were left in awe.

The emerald green floral dress Lee donned for the occasion perfectly accentuated her flawless and dewy skin. The actress was all smiles as she walked onto the stage. The crowd roared with appreciation as she flashed her signature “swag” pose.

Lee found out that Weightlifting Fairy Kim Bok Joo was very popular in the Philippines. For her preparations for this fan meeting, Lee made sure that she incorporated a lot of Bok Joo in the program. However, she actually relates the most to her character in About Time, Choi Mikaela.

Fans were eager to know more about her role, Kim Bok Joo. With a shy smile, Lee admits that it was difficult for her to portray Bok Joo. It was challenging for her to become Bok Joo so she worked really hard for the drama. She also mentioned that the physical preparation it took to portray the character was difficult, but she was able to pull it off. In line with that, when asked about her special talent, Lee says that she is actually more comedic than Bok Joo in real life.

Additionally, Lee addressed the expression coined by Bok Joo and her friends, “swag!” When asked what experience is swag for her, Lee cited being in Manila with her fans, eliciting excited shrieks from fans.

And finally, when asked about Season 2 of Weightlifting Fairy Kim Bok Joo, Lee gave fans hope when she said she will discuss it with the director and writer of the drama. 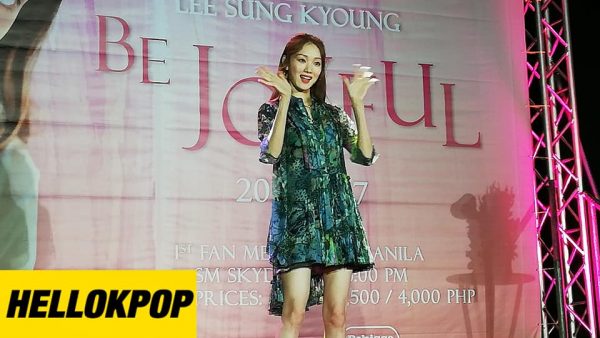 Reflections of a Swag Queen

Lee used to be a model before trying her hand at acting. She explained that it was fun for her to try out acting, but that she really had to look deep down to be able to act well. About new roles she wants to portray, Lee thinks that everything is new to her, so there is no specific role yet that she wants to do. Right now, she just enjoys acting in different dramas.

Lee is thankful for her first drama, It’s Ok, That’s Love. She said that she was very grateful for the chance to work with great senior actors. Working with them inspired her further to be an actress.

Lee sweetly sang “From Now On” from the OST of Weightlifting Fairy Kim Bok Joo as her song to her Filipino fans.

The following day, July 27, Lee met with more of her fans for “Be Joyful: Lee Sung Kyoung in Manila.” 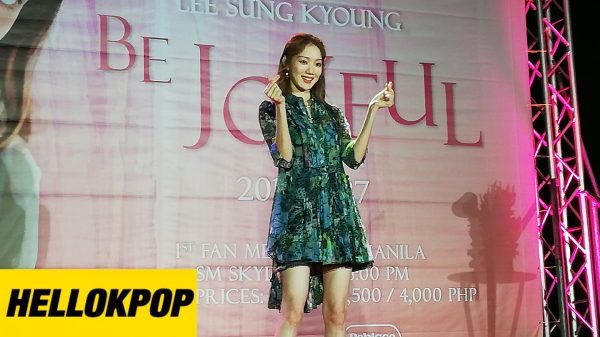 Hellokpop thanks CDM Entertainment for the media passes for the press conference and fan meeting.