K-pop fans can gear up for one of the largest and most exciting events this year as the 2020 MAMA announces its biggest performing lineup so far for this year’s event!

The Mnet Asian Music Awards, otherwise known as MAMA, raises anticipation for its event by releasing its largest roster of performing artists yet! Featuring a mix of beloved boy groups, girl groups, and rookies, K-pop fans can gear up for perhaps the most eventful evening of the year thus far.

Beloved girl group OH MY GIRL will take the stage at the MAMAs this year. OH MY GIRL had explosive charting success with their summer single, “Nonstop”, captivating fans with the catchy summer anthem. Fans can look forward to the various charms the members will show during their performance at the ceremony. 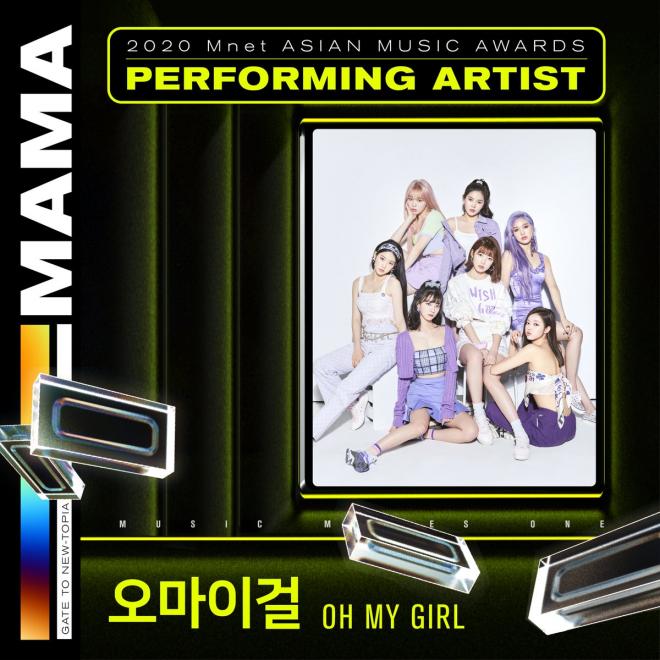 December is an eventful month for THE BOYZ as they celebrate their third anniversary since their debut. Additionally, the group will release a Christmas single titled, “Christmassy!” in commemoration of their anniversary. Now, the group treats fans with another exciting event as they join the performing artist lineup for the MAMAs. 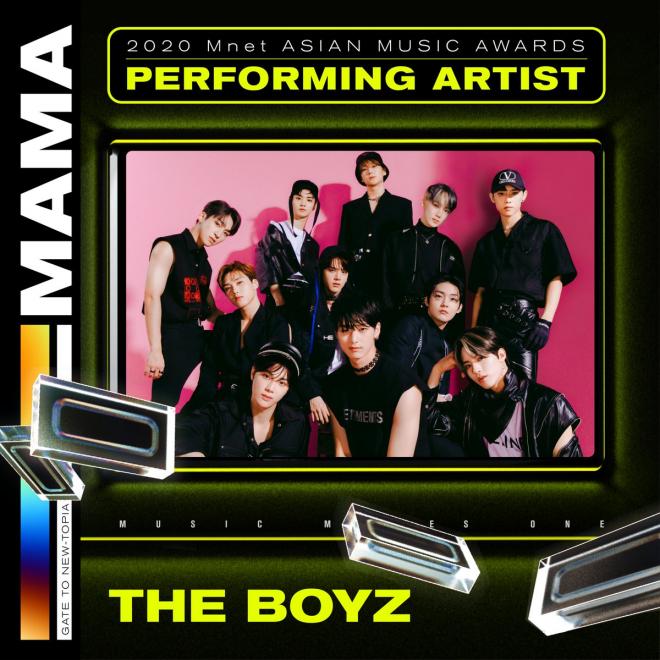 Stray Kids, who were recently honored at the 2020 Asia Artist Awards will also perform at the 2020 MAMA. The boy group continually impresses with their bold, distinct style of music as well as their musical creativity as several members participate in making their own music. Their appearance at the award ceremony raises anticipation for the intense stage they will surely deliver. 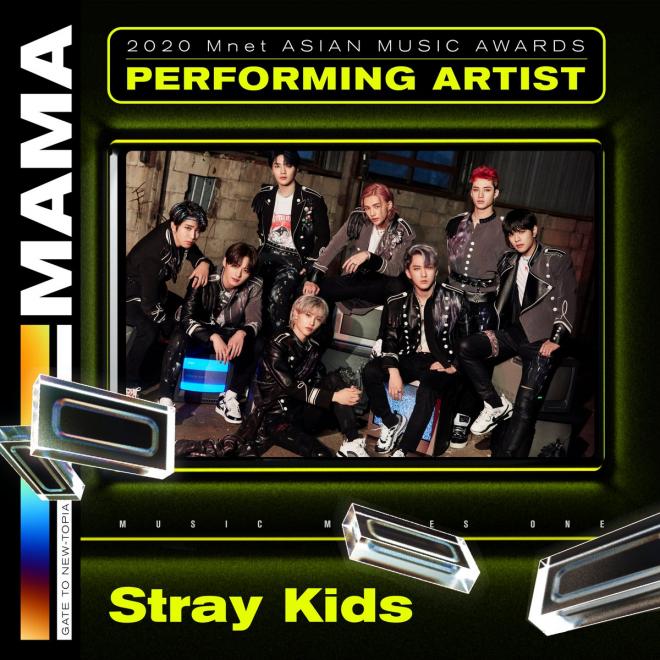 (G)I-DLE consistently proves themselves as one of the up and coming girl groups of the fourth generation. After their impressive appearance on Mnet’s reality show Queendom, the group revealed their charismatic stage presence and extensive skills. Fans can expect another powerful stage from (G)I-DLE at this year’s MAMA event. 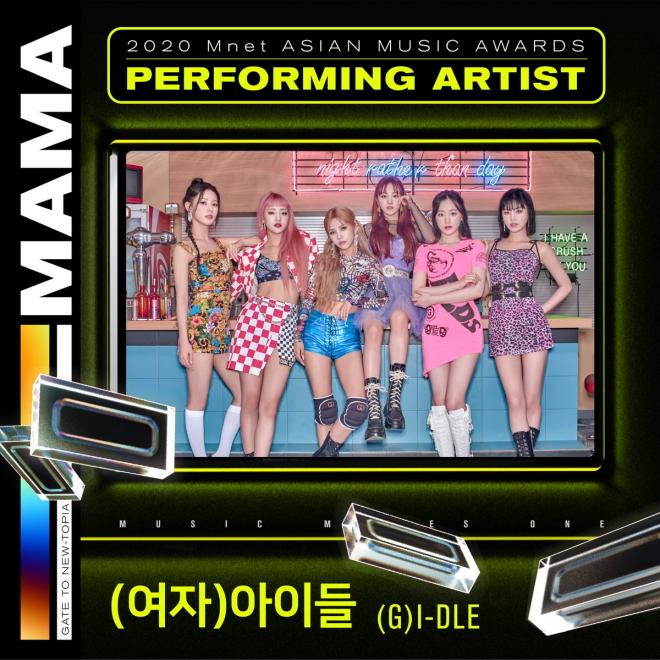 Coined as a “global” K-pop group for their extensive worldwide fanbase, ATEEZ takes the stage at the 2020 MAMAs once more. The group delivered a dominating performance at last year’s ceremony, landing within the top ten of the most viewed 2019 MAMA performances to date. Their appearance at this year’s ceremony raises excitement for the event and for the show-stopping performance the group has planned. 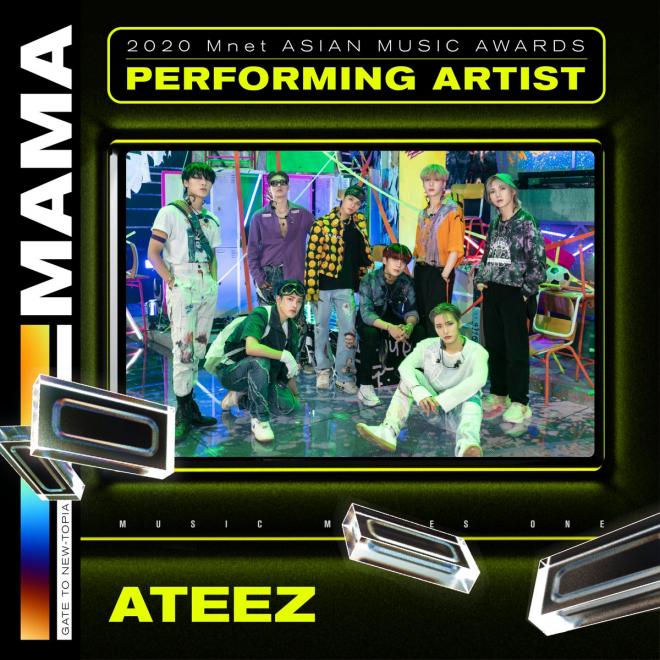 Rookie boy group CRAVITY captures hearts with their impressive stages and boyish charms. Their admirable broadcast performances and album sales since debut have attracted global attention. This marks the group’s first appearance and performance at the award shows, leaving many fans on the edge of their seats awaiting the exciting stage the group has in store for them. 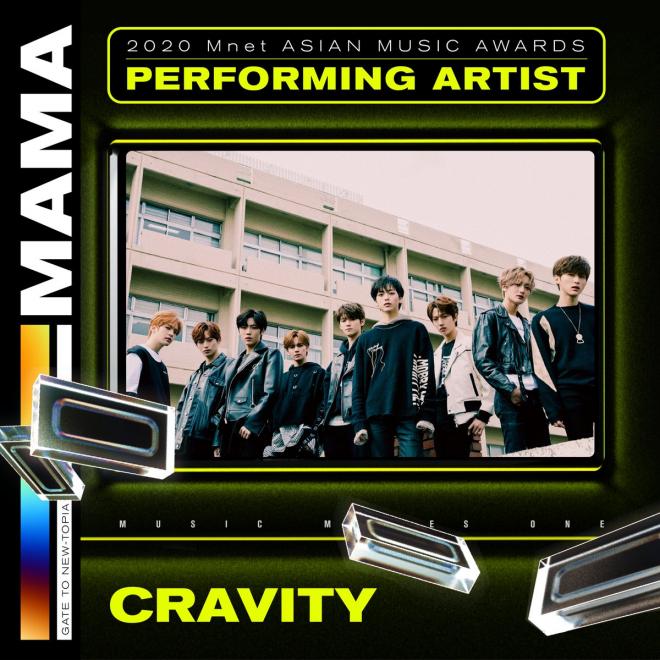 ENHYPEN surprised fans with the announcement that they would join the performing artist lineup for the 2020 MAMAs, on the same day of their official debut. Formed through the survival show I-LAND, conducted by BigHit Entertainment and CJ E&M Entertainment’s joint company BELIF+ Lab, ENHYPEN’s official debut summons immense anticipation. Furthermore, fans can expect their planned performance at MAMAs to reveal more of the group’s musical identity and style. 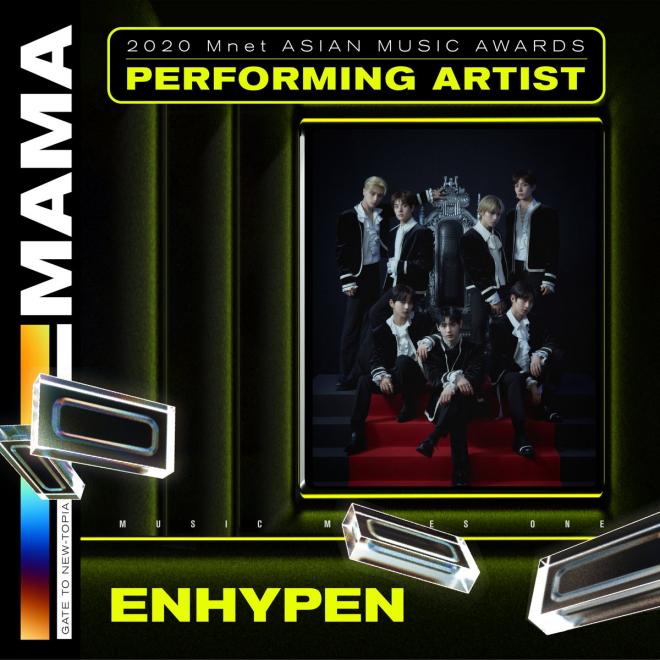 Meanwhile, K-pop fans can participate in voting for their favorite artists for MAMA‘s “Worldwide Fans’ Choice” award on Twitter. Additionally, everyone is eligible to enter HELLOKPOP’s exclusive giveaway of signed albums by 2020 MAMA artist nominees too!