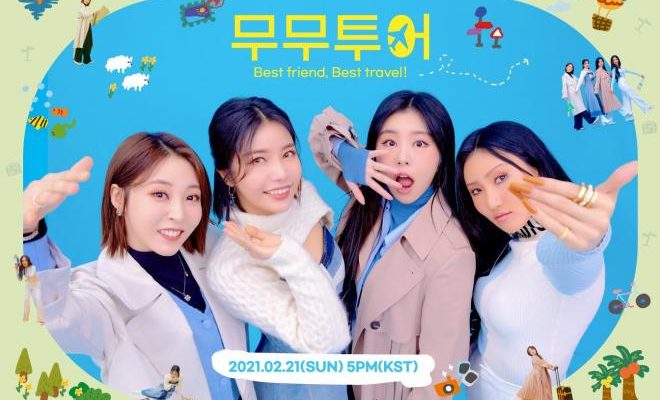 Versatile girl group MAMAMOO will be giving their lovely MOOMOOs a night full of joy and surprises through their upcoming fan meeting happening this February!

The agency revealed the thrilling news on the group’s SNS channels on February 1, together with a lively poster. 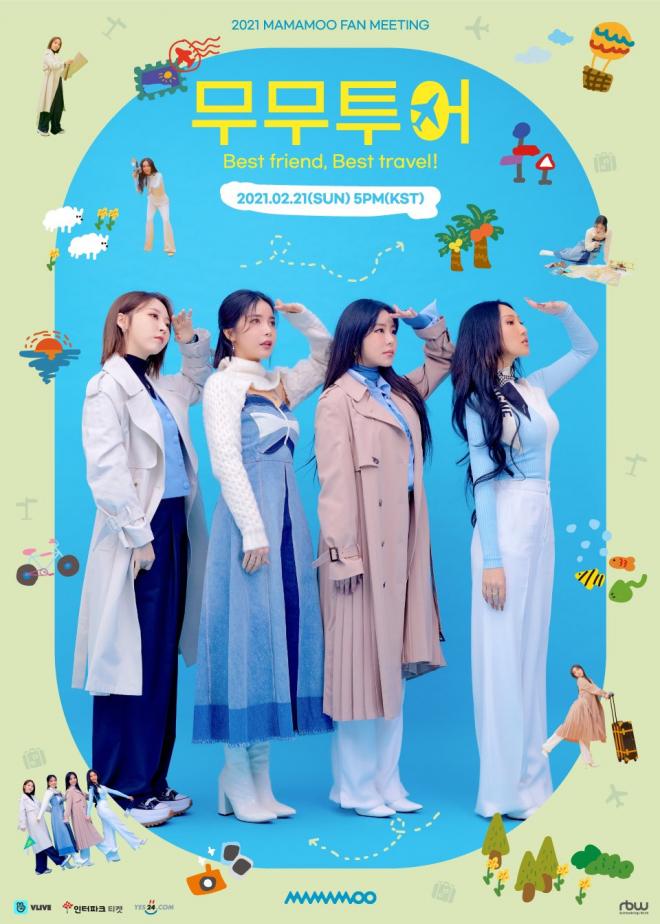 Making it more convenient and hassle-free to MOOMOOs, the special one-night event will specifically air via Naver VLive+.

This will mark as MAMAMOO’s first online group schedule and first fan meeting in 2021. Moreover, the fan meeting will also take place in celebration of the girl group’s recent feats in 2020. This includes winning the Bonsang Award in the recently held Golden Disc Awards and Seoul Music Awards.

While demonstrating gleaming facial expressions, the girls radiate warm and friendly vibes as they pose charismatically and effortlessly.

Sporting fun and coordinated ensembles that highlights their unique beauty, the group further proves their chemistry with their distinct and dazzling auras. 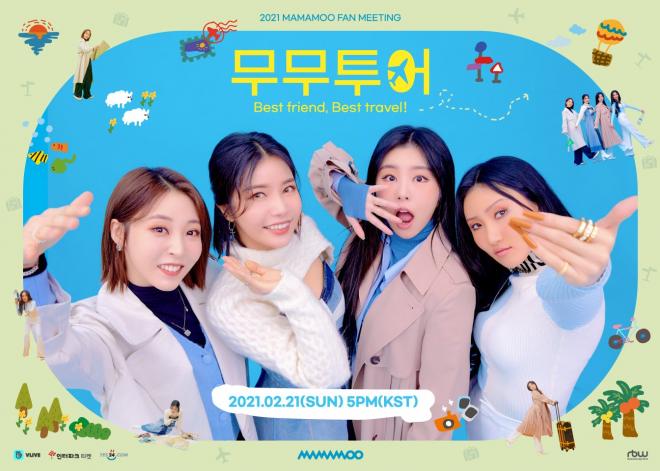 As if asking fans to join them in an unforgettable adventure, Moonbyul, Solar, Wheein and Hwasa also stole fans’ attention with their bright and stunning gestures.

Additionally, the animations and quirky little details in the poster also adds up to the rising anticipation regarding the event.

Amidst the continuous effects of the coronavirus, the online gathering is expected to bring fans happiness and comfort while at their respective homes. It will also give them the opportunity to greet and interact with MAMAMOO in the best and favorable way possible.

A ONE OF A KIND FAN MEETING

Revolving around the concept of going on a trip, MAMAMOO will unleash their special charms as tour guides in the upcoming online party. Moreover, the girls will also fulfill their roles while demonstrating their own personalities and character.

Specifically, Solar will serve as the passionate guide, while Moonbyul is assigned to exhibit outgoing characteristics. Meanwhile, Wheein and Hwasa will carry on with their characters as a romantic guide and free spirit guide, respectively. 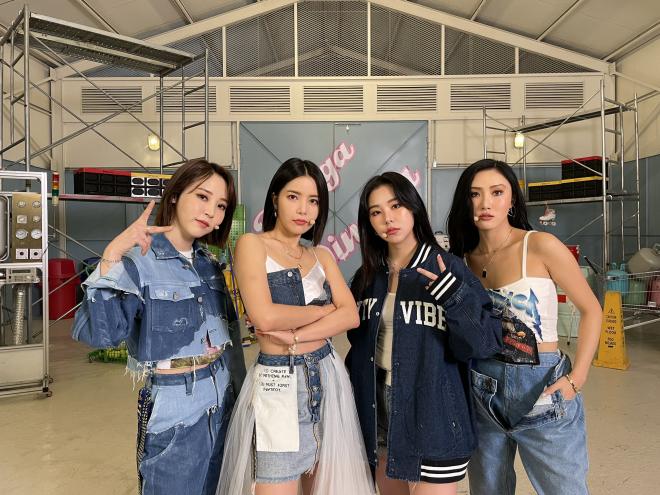 Devised to capture spectators’ interests, the fan meeting will serve as the group’s platform to showcase various appearances that MOOMOOs have never seen before.

With the sensational idea, expectations are now rising regarding what stages and segments MAMAMOO will present in the online gathering.

Fans can purchase tickets to Best friend, Best travel! ‘MOOMOO TOUR’ via Interpark starting on February 3 for pre-sale reservations for KRW 30,000 each.

General reservations for the event will open on February 9 starting at 6 PM KST and will end on February 17.  Tickets for the said variant costs KRW 35,000 each.

Meanwhile, MAMAMOO gained lots of recognition and love with their recent comeback with Travel, along with its lead single “Aya.”

Through its intoxicating sound, the track dominates various music charts such as Billboard’s US World Digital Song Sales Charts and Gaon’s Weekly Charts.