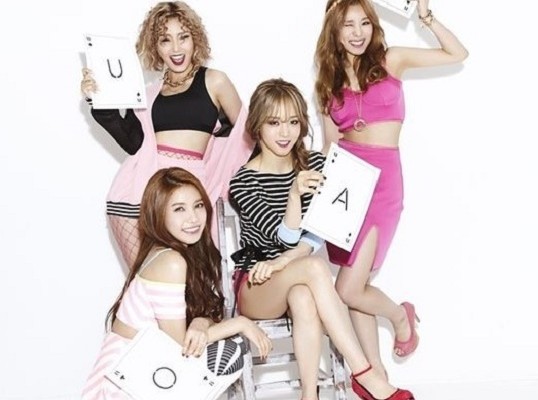 MooMoos, do not miss this moo-ing chance to spend meaningful time with Mamamoo, as the group will be embarking on its first fan meeting this August!

On August 3, Mamamoo’s agency released the exciting news via the group’s official Facebook page, along with a poster of the girls flaunting their energetic charms in colorful striped outfits. 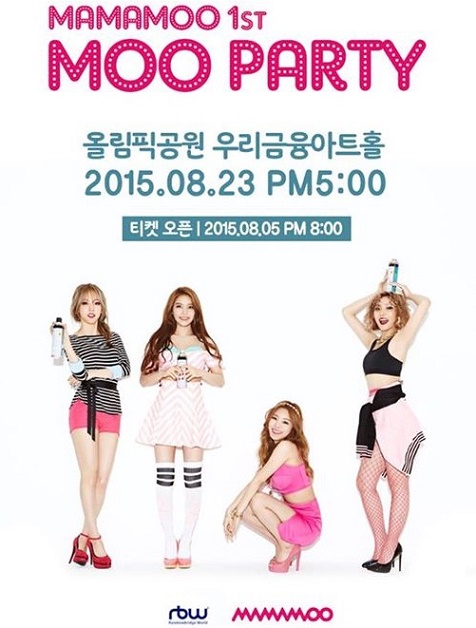 The coming fan event, titled Moo Party, is set to take place at the Woori Financial Arts Hall in Olympic Park, Seoul, from 5 p.m to 7 p.m (KST) on August 23. As the event marks the four-member group’s first ever fan meeting since its debut in 2014, Mamamoo girls will bring live performances of their hit tracks to fans, as well as revealing their off-stage videos.

The ticket sale will open from 8 p.m (KST) on August 5 via Interpark.

Hellokpop, as an independent Korean entertainment news website (without influence from any agency or corporation), we need your support! If you have enjoyed our work, consider to support us with a one-time or recurring donation from as low as US$5 to keep our site going! Donate securely below via Stripe, Paypal, Apple Pay or Google Wallet.
31
SHARES
FacebookTwitter
SubscribeGoogleWhatsappPinterestDiggRedditStumbleuponVkWeiboPocketTumblrMailMeneameOdnoklassniki
Related ItemsFan meetingInterparkMAMAMOOMoo PartySeoul
← Previous Story BEAST To Meet Fans In Singapore
Next Story → Do You Ever Want K-pop Idols To Visit Your School? Now You Can, With ‘School’s OUT’