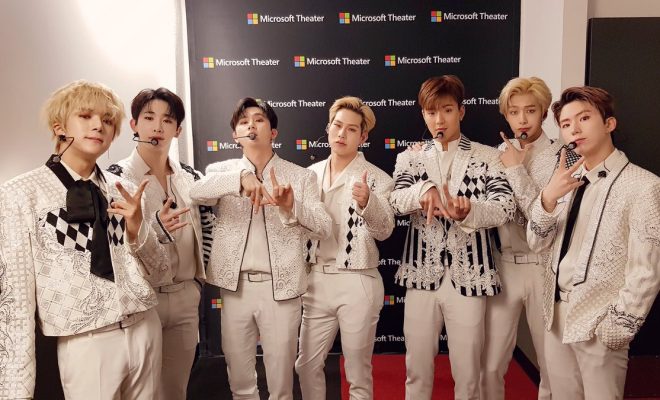 Monsta X held a tour around the United States of America which started on July 20 at Chicago at the Rosemont Theatre and ended on August 3 at Microsoft Theater, Los Angeles.

During their stay, they have been received with roaring crowds, sold-out shows and back to back interviews in local and nationwide TV, as well as internet and radio shows. They have been described as cute, powerful, phenomenal and stan-worthy by fans and interviewers alike.

On their last run at Los Angeles, their full-scale performance filled the theater with an energetic atmosphere that only Monsta X can create. Starting off their performance with “Jealousy”, the title track for their The Connect album, they presented how powerful they can be with stages on “Beautiful” and “Be Quiet”.

Hyping up the crowd through EDM tracks like “Special” and “Fallin'”, the audience felt more closer to the members as they jumped in sync to the music. They then showed their cheerful charms with tracks like “White Girl”, “Crazy In Love” and “Roller Coaster” as they let out their inner child on stage.

Aside from performing their usual songs, they also gifted fans with unit stages to further highlight the talent and performance factor of the boys. Wonho, Kihyun and Minhyuk teamed up for a cheerful stage of original song, “널 하다” (Neol Hada), to which they displayed their boyish charms.

Unlike the first unit, the next ones are intense and created a sensual atmosphere like Hyungwon and I.M.’s cover of Drake’s “Fake Love” along with a sultry dance cover of Charlie Puth’s “How Long” which was self-choreographed by Hyungwon. A stunning performance of Bruno Mars’ “Versace on the Floor” was then executed by Shownu and Jooheon earning them screams and shrieks when they took of their coat jackets for the performance highlight.

Monsta X’s US tour was heavily publicized with interviews along with billboards plastered everywhere reflecting the popularity of Monsta X in North America. In addition to Forbes, The Chicago Tribune, Buzzfeed, E!, and interviews with local influential media, the group has rewarded the country’s warm welcome with equally intense performances. 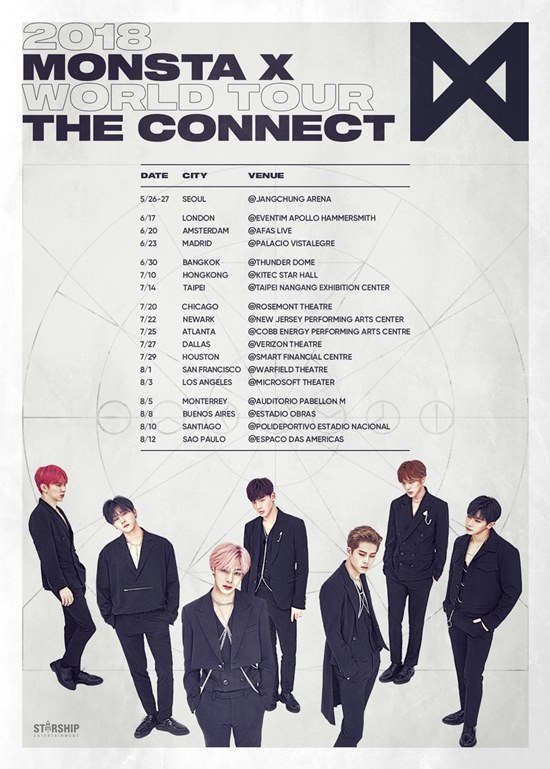 Monsta X is in South America right now completing the last part of their world tour. Their latest show in Monterrey last August 5 is part of 2018 MONSTA X WORLD TOUR THE CONNECT IN LATIN AMERICA. They will then continue to Buenos Aires on August 8 at Estadio Obras, Santiago on August 10 at Polideportivo Estadio Nacional and to Sao Paulo on August 12 at Espaco Das Americas.