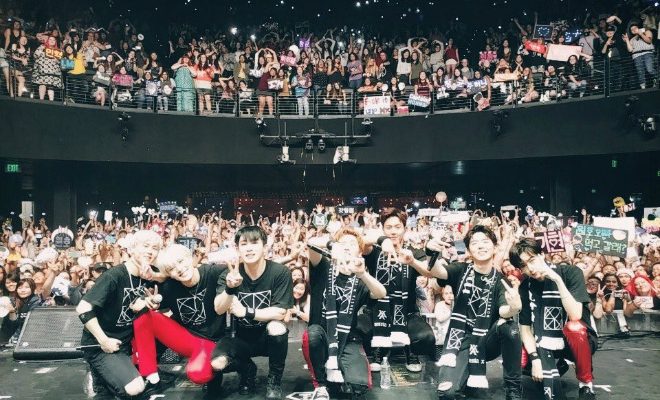 South Korean boy group MONSTA X is climbing the global ranking in terms of popularity. In just two years since its debut, the seven-member boy group is touring the world for its 1st World Tour: MONSTA X Beautiful.

The global tour, which kicked off on June 17 and 18 in Seoul, successfully wrapped up its US leg with 20,000 fans on July 24. MONSTA X met fans in five US cities such as New York, Atlanta, Dallas, San Francisco and Los Angeles with six sold-out shows.

The septet performed their hit songs, including their most recent release “Beautiful” from The Clan Pt. 2.5: The Final Chapter, which was released last March. The album was then re-released on June 19 after its sold-out Seoul concerts.

Aside from “Beautiful”, the boys also performed “Rush”, “Hero”, “Shine Forever” and “Fighter”. 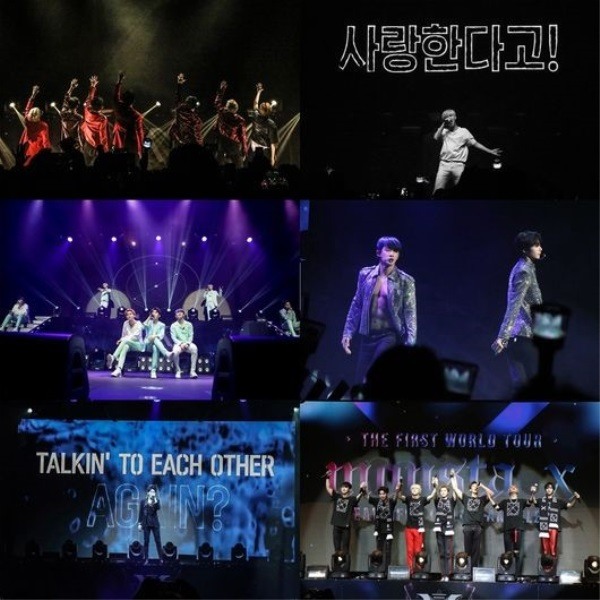 During the concert, Min Hyuk expressed his feelings of performing in the US. “It feels dreamy to perform on the stage that I used to dream of before my debut,” he said.

Hyung Won, who joined his members later in the tour due to his physical condition, promised to give fans better performances in the future. “I think it is just as well that I could still join the concerts late. As you waited for me, I will work harder on the rest of the tour schedule,” he said.

Prior to the US leg, MONSTA X also visited Hong Kong on July 8. The boy group will be heading to Bangkok, Paris, Berlin, Moscow, Jakarta, Taipei and Mexico next.