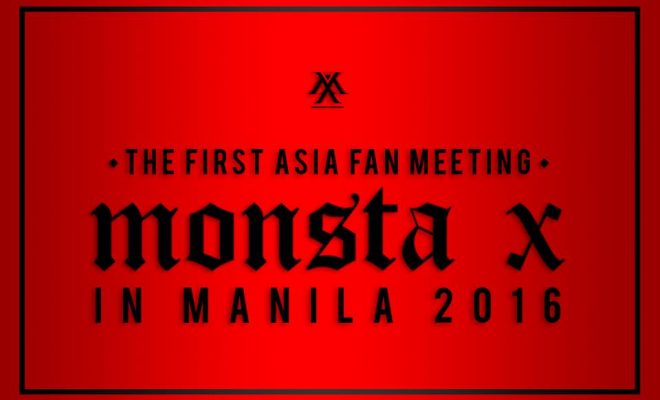 Let’s Get Ready For MONSTA X In Manila

Rain is not the only thing pouring down in the Philippine soil right now. K-pop idols too.

The septet, which consist of Shownu, Wonho, Hyungwon, Kihyun, Jooheon, Minhyuk, and I.M. will hold their fan meeting on November 27 at SM North EDSA Skydome.

The ticketing for the event will start on September 18. Further details will be announced on the coming days, according to events producer PULP Live World. The organizer has brought BTS, EXO, CNBLUE, Super Junior, Big Bang and 2NE1, among others to the Philippines before.

MONSTA X was initially first to set foot in the Philippines on September 3 for Show Champion in Manila, but reportedly pulled out of the show due to conflict on MBC’s side.