Home is where the heart is – and that is what MONSTA X and Monbebes showed in their memorable two-day party over the weekend.

A rollercoaster of emotions was felt and tons of new memories were made between MONSTA X and Monbebes in the pajama party-themed MONSTA X 4th Official Fanclub MONBEBE Fan Concert at the Jamsil Indoor Stadium on January 18 and 19!

Starting the show with an adorable VCR showing their “home party” preparations, the boys welcomed Monbebes with a back-to-back performance of “Play It Cool” and “Monsta Truck” – with the latter being performed by the group for the very first time on stage, much to the delight of fans.

I.M then took the helm as the emcee for the event’s opening talk portion for both days, followed by the “Mon-Marvel” corner filled with games played by two teams of two members against each other.

For the first day of the back-to-back event tagged as the MX Home Party, the pair-ups were Shownu and Hyungwon versus Minhyuk and Kihyun. The pairs played a relay of games including guessing the MONSTA X member in front of them while their eyes are closed, doing elephant spins, changing into pajamas, and then eating jelly using their faces.

On the second day, they tested their teamwork by playing tug-of-war using a springy toy attached to their hips, rope jumping in pairs, and moving a snack using straws stuck on their mouth. These sets of games were won by the pair-ups of Minhyuk and Kihyun for the first day and Shownu and Minhyuk for the second day.

Afterwards, the group performed their English songs “Middle of the Night” and “Love U”.

The boys then tried to outsing each other in a karaoke match portion. On the first day, Shownu scored a perfect 100 with his rendition of “I Do” by Rain, while Minhyuk gave a double serenade of “Light” by H.O.T, where he was not able to get a score, and “You Were Beautiful” by DAY6 which got him 98 points.

Earning the same number of points was Kihyun with his cover of “This Is The Moment”, followed by Hyungwon who let his beautiful voice take on the song “Time Walking On Memory” by Nell which earned him 89 points. Lastly, I.M sang “If It Was Me” by Na Yoon Kwon to the crowd, and he was able to acquire 95 points.

Kihyun serenaded fans twice with performances of “I’m In Love” by Ra. D and “Le Temps des Cathedrales” from the musical Notre-Dame de Paris. The same went for I.M who also belted out two songs – “Letter” by Kim Kwang Jin and “Same As You” by Jooyoung. The five members present at the fan con then banded together to sing “My House” by 2PM.

After a VCR revealing the music video for one of the tracks from their latest mini-album Follow: Find You titled “Monsta Truck” which they performed in the earlier part of the fan con, MONSTA X continued with powerful performances of “Shoot Out”, “Rodeo”, and “Follow”.

Making everyone soft with a VCR containing the theme of a secret home party with Monbebe, the group then followed through with another talk portion. This time, they listed down keywords which stuck with them last year – as expressed in the corner title “MX Trend 2019”.

Among the keywords that the boys talked about for the first day were “mukbang god Nunu” for Shownu, “Mincasso who draws whale” for Minhyuk, “beware of Kihyun” for Kihyun, “Barbie doll Hyungwon” for Hyungwon, and “Forbes’ man” for I.M. For their group keyword, MONSTA X went with the hilarious “Monbebe fool” trend.

On the second day, they tackled Shownu as “our forever true leader”, Minhyuk as “Maltese but Shepherd at times” in reference to dog breeds, Kihyun as “trusty high note”, Hyungwon as “noonas’ forever 19-year-old”, and I.M as “super genius Imzart”. To wrap it up, the boys shared “I love you Monbebe” as their group keyword for 2019.

Tears then flooded the Jamsil Indoor Stadium as the show slowly came to an end, as signalled by the performances of “Find You” and “Underwater” which easily evoked emotions from fans. These were followed by the closing talk where each member delivered heartfelt ments.

On the first day of the show, Shownu shared in his closing ment that, “I think this Home Party is a very important event for us and it was something that I waited for a lot. However, because we’ll also be communicating with our Monbebes, there was a bit of pressure on us too and we had many thoughts while preparing for this. But today, because of Monbebe, I think we were able to wrap up the Home Party well. Thank you so much for coming here. We will be MONSTA X who always shows you our cool, hardworking, and good sides.”

“Monbebes, you give us a lot of love. I had many worries today and we were busy practicing. We really practiced a lot and now it is the day we waited in worry for. But since we spent today with Monbebes, I think all of those worries disappeared – so thank you very much, ” Kihyun shared on the first day as well. 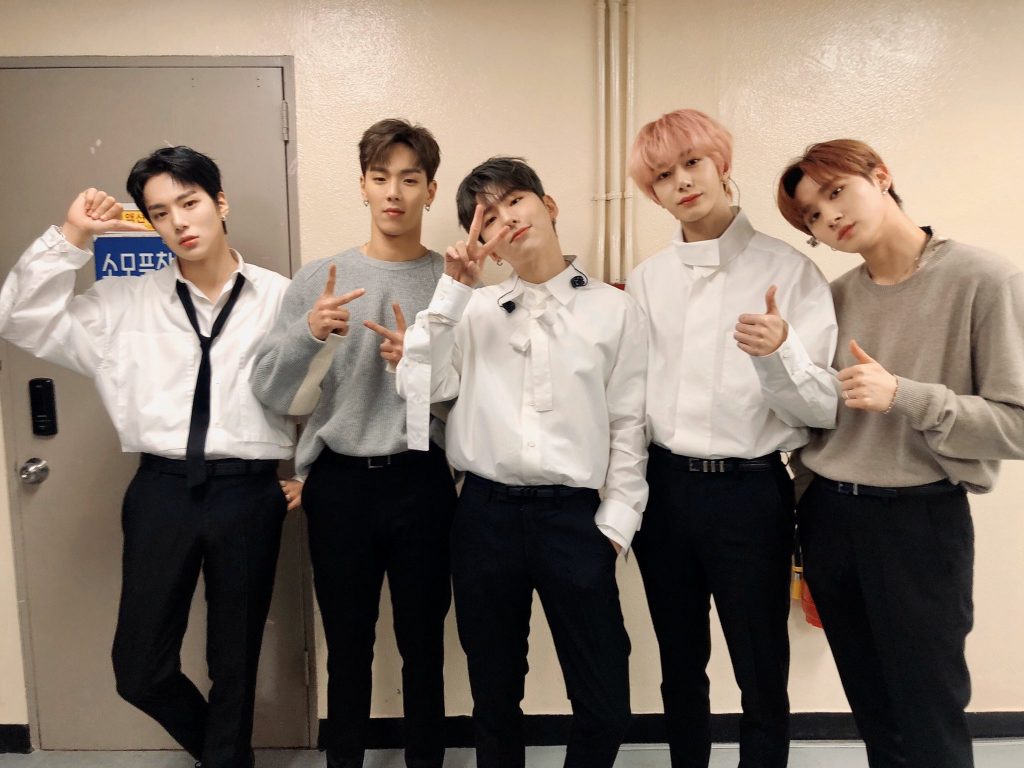 “All the moments that we spend together with Monbebes are very happy and precious, of course, but I feel especially happy when we do a show like this. I think that you guys are here right now spending your time together with us because of that too, right?” Minhyuk said in his closing ment during the second day.

“Since Monbebe comes to watch us and our concerts and cheer on us, and we, MONSTA X, also see, support, and watch over Monbebe, I hope the relationship between us keeps on being the same where we can spend happy times together like this,” he added, promising that he will continue to be on everyone’s sides in the future.

“Like what Minhyuk said, we thought about vague things in the past like wanting to get more famous, holding our shows in bigger venues, and hoping more people would listen to our music. However, as time passed, we think that those things are not important anymore. I realized that spending time together with the people that I love, and who love me and us, is such a precious thing,” Hyungwon also shared.

“The word “Monbebe” makes me very happy even just by hearing it. Thank you for being that for me,” I.M said as well. 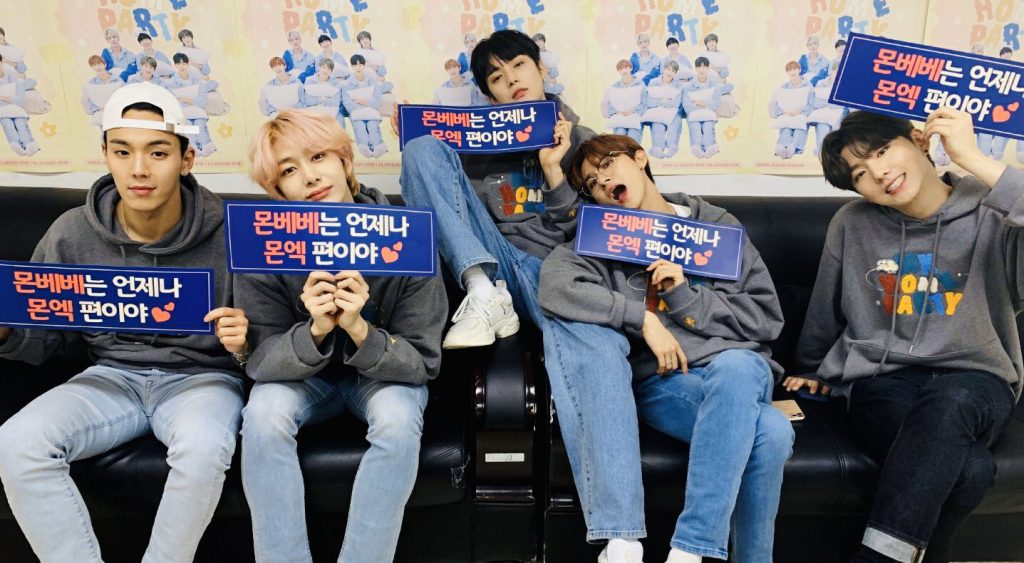 A VCR of “sending Monbebe home after home party ends” also played before their encore stages. Performed both on the first and second days, the boys’ stages of “Heart Attack” and “Oh My” made sure to end the night with a high note for their encore stages.

“See You Again” marked the ending song for the first day, while it served as the last song before the encore stage for the second day.

Following another closing talk, January celebrants Hyungwon and I.M were treated to a surprise birthday party before the second day closed with a performance of “By My Side”, which had an exchange with “See You Again” in position for the first day.

We need your support! If you have enjoyed our work, consider to support us with a one-time or recurring donation from as low as US$5 to keep our site going! Donate securely below via Stripe, Paypal, Apple Pay or Google Wallet.
38
SHARES
FacebookTwitter
SubscribeGoogleWhatsappPinterestDiggRedditStumbleuponVkWeiboPocketTumblrMailMeneameOdnoklassniki
Related Itemsmonsta xMONSTA X 4th Official Fanclub MONBEBE Fan Concert
← Previous Story ASTRO Prepares To Give A Campus Throwback With “The 4th ASTRO AROHA Festival” Fan Meeting In Seoul
Next Story → NATURE Says “I’m So Pretty” Through Their Japanese Debut