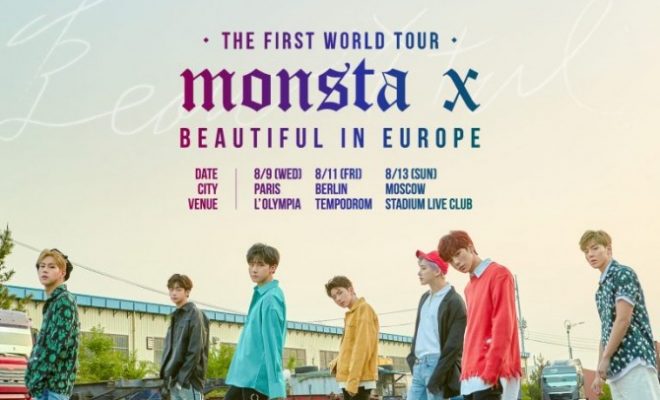 On June 17, Monsta X kicked off its world tour with a concert in Seoul titled Monsta X, The First World Tour Beautiful in Seoul.

After the Seoul leg, the boys paid a visit to some other countries, including Hong Kong, New York, Atlanta, San Francisco, Dallas and Bangkok in July.

On August 7, according to Monsta X’s agency Starship Entertainment, the next destinations for the septet’s global tour will be the countries in Europe. 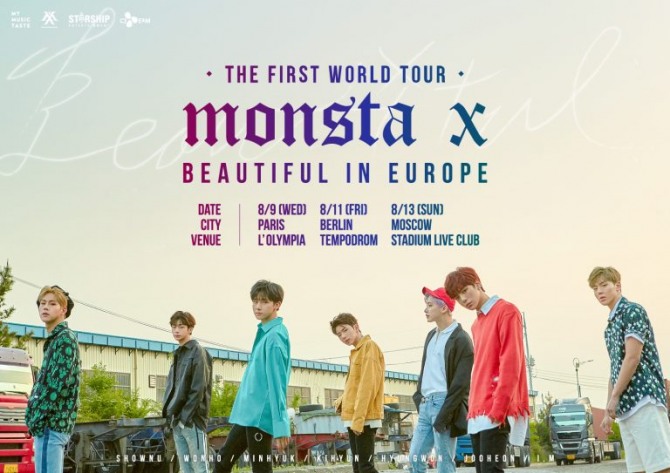 Their European tour will be launched with the concert dubbed Monsta X, The First World Tour Beautiful in Paris, which will take place in Paris, France on August 9. After that, the band will move to Berlin and Mosco to meet fans on August 11 and 13 respectively.

In another news, the group will have a joint performance with some international artists at the coming Summer Sonic Festival. The event is scheduled to be held in Osaka and Tokyo from August 19 to 20.