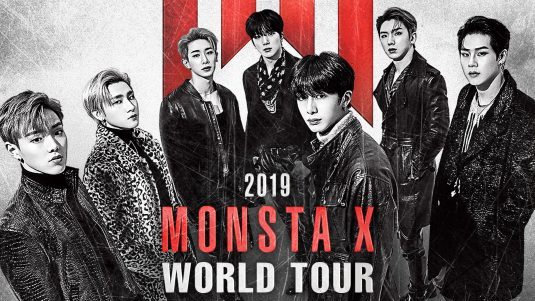 Monbebes, MONSTA X has finally added stops for their world tour in Japan!

MONSTA X showed their desire to meet more of their fans as they finally dropped the dates and details for their world tour’s new leg in Japan! 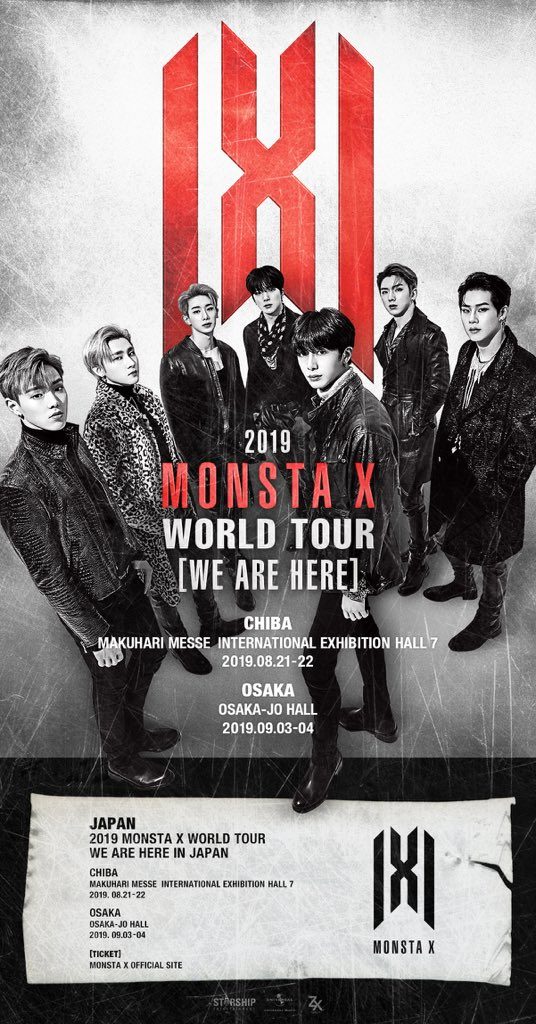 A new leg has been added to the group’s currently-running international concert showcase 2019 MONSTA X WORLD TOUR [WE ARE HERE], as they announced two-night shows in two cities in Japan on June 11. This will mark their return to the country following their participation in the recently-held KCON 2019 in Japan.

Beginning in Chiba, the group will take over the Makuhari Messe International Exhibition Hall 7 with their powerful performances and breathtaking stages on August 21 and 22 at 6 p.m. JST.

Shownu, Wonho, Minhyuk, Kihyun, Hyungwon, Jooheon, and I.M will then head to Osaka to greet their Japanese Monbebes and showcase their intense stages in the city once more. They will be performing at the Osaka-Jo Hall from September 3 to 4 at 6:30 p.m. JST.

READ: MONSTA X Successfully Wraps Up First-Ever Visit To Australia For “We Are Here” World Tour

The group had recently finished the Australian leg of their tour with shows in Sydney and Melbourne, plus a show in Bangkok which marked the start of their tour’s overseas stops following its successful commencement in Seoul with a sold-out concert.

They are next heading to Kuala Lumpur, Malaysia for a concert in the Malawati Indoor Stadium on June 22. Thereafter, they will begin the European leg of their tour which will take them to five cities in the region.

For further ticketing information about the Japan leg of the 2019 MONSTA X WORLD TOUR [WE ARE HERE] in Chiba and Osaka, visit MONSTA X’s official website.