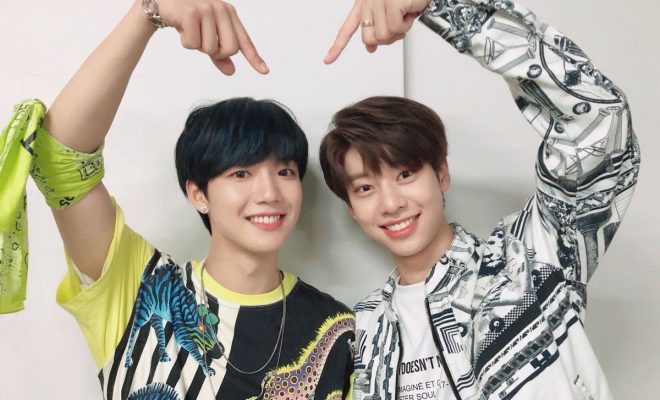 Im Young Min and Kim Dong Hyun of MXM are set to delight their fans this September with a two-day solo concert.

The duo, also known as the Brand New Boys, will bring impressive performances at the Olympic Hall in Seoul on September 29 and 30, marking their first ever solo concerts in the country since debuting in 2017.

Titled More Than Ever, Im and Kim are expected to perform tracks from their first studio album of the same title. Moreover, the duo are also gearing up to present special stage and solo performances for their fans who have been anticipating their concerts.

Tickets to the concert will go on sale on August 30 at 8 p.m. via Melon Ticket. 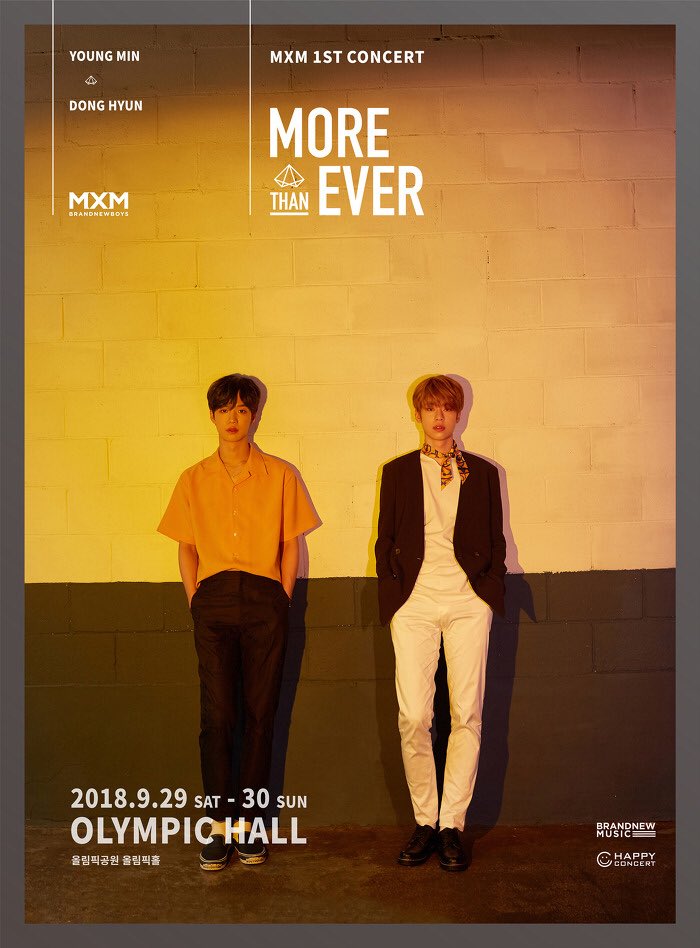 Prior to their debut as MXM, Im and Kim represented Brand New Music in Produce 101 Season 2, alongside now Wanna One members, Lee Dae Hwi and Park Woo Jin.

Kim was eliminated on episode ten of the show, finishing on the 28th spot. Meanwhile, Im was ranked 15th on the final episode of the show.

The duo officially debuted in 2017 with their first extended play, Unmix, which followed the promotional tracks, “Good Day” and “I Just Do”. The latter was written by the duo with Kim participating in the arrangement and production of the track alongside music producer Kiggen.

Earlier this year, they came out with their second extended play, Match Up. In March 2018, they released “Gone Cold” and “Love Me Now”.

Most recently, MXM unveiled its first studio album, More Than Ever, led by “Ya Ya Ya”.