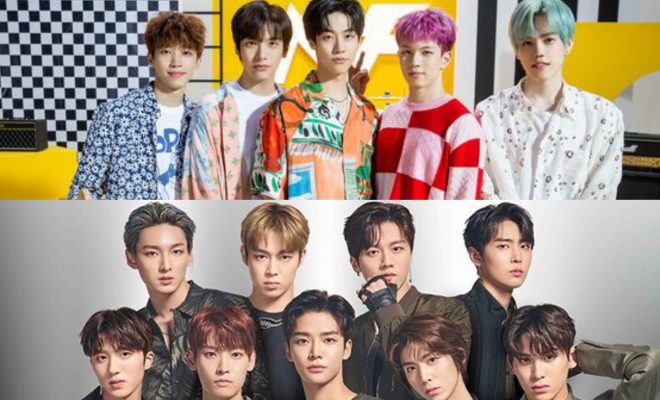 N.Flying and SF9 are all set to rock and roll with their late-night online concert NOOB CON!

On July 13, FNC Entertainment made an exciting announcement. The company shared a poster of N.Flying and SF9’s upcoming online concerts titled NOOB CON. It is a late-night concert that will be taking place online. Each of the performances will begin at 10:11 p.m. KST.

The start time of the performance is a derivation from the English word “loll”. The word means “to lie in a lazy, relaxed way”. It is so that the fans can comfortably enjoy the concert of their favorite artists during the late night while they are lying in bed. 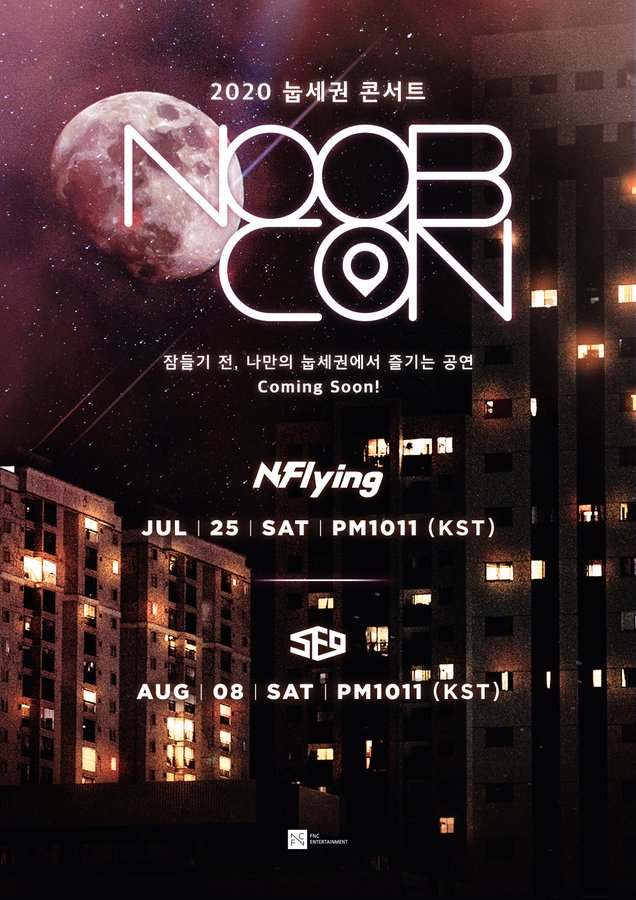 NOOB CON will ensure to create a serene summer night like ambiance for all of the fans of both groups. N.Flying and SF9’s online performances will boast of some cool and charming production. Fans are surely in for a visual treat with this dreamy concert. They will be able to watch SF9 and N.Flying right as they get into bed up until they fall asleep.

Buyers of NOOB CON tickets will be given a total of two tickets for the same live concert. While the first live performance will be taking place at 10:11 p.m. KST, the second live streaming performance will be held keeping in mind and tailored to overseas time differences.

Additionally, fans can enjoy a variety of performances, including “BOON CUT,” which contains special videos, and interview videos. N.Flying and SF9 will perform on July 25 and August 8 at 10:11 p.m. KST, respectively.

Hellokpop, as an independent Korean entertainment news website (without influence from any agency or corporation), we need your support! If you have enjoyed our work, consider to support us with a one-time or recurring donation from as low as US$5 to keep our site going! Donate securely below via Stripe, Paypal, Apple Pay or Google Wallet.
FacebookTwitter
SubscribeGoogleWhatsappPinterestDiggRedditStumbleuponVkWeiboPocketTumblrMailMeneameOdnoklassniki
Related Items
← Previous Story Hwasa Looks Breathtaking In The First Teaser Of Her Track “LMM”
Next Story → EXO-SC Reveals Inspirations And Goals For First Full Album “1 Billion Views”
COVID-19 ALERT