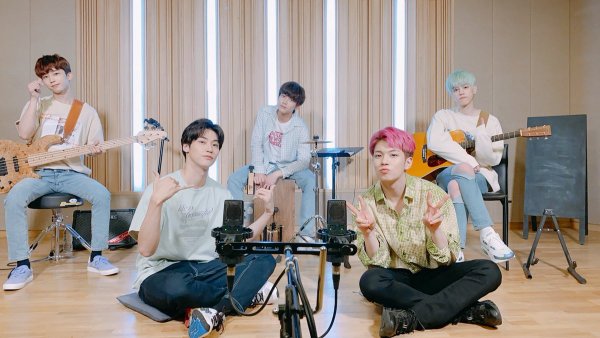 By Yann | May 28, 2020
25
SHARES
FacebookTwitter
SubscribeGoogleWhatsappPinterestDiggRedditStumbleuponVkWeiboPocketTumblrMailMeneameOdnoklassniki

N.Flying is returning for another memorable live music session through their new online busking series!

Mark your calendars: N.Flying will be hosting the second edition of their online busking session titled LAN-通-LIVE this May 30!

A meaningful project planned by the members of N.Flying themselves as a way of communicating with their fans amid the pandemic, LAN-通-LIVE is an online busking performance broadcast live on N.Flying’s official YouTube channel.

They hosted its first event on May 23, where they drew attention by actively communicating with their fans and giving live band performances at the same time. To make busking more enjoyable, N.Flying also conducted missions and certification events during the live session.

In response, fans posted photos and videos of LAN-通-LIVE on Twitter while sharing reactions about the exciting performances from N.Flying as the show went on.

As a result, the keyword “N.Flying_LAN-通-LIVE” became the talk of the town and ranked second in the real-time trend on Twitter. This May 30, they will be continuing the online busking series with its second live session beginning at 8 PM KST.

During the first show, N.Flying also presented various prizes that made busking more fun through a raffle open for fans who participated in the LAN-通-LIVE certification event and expressed their excitement about the music session. The performances for the event were also not re-uploaded after the live broadcast, giving it an even more exclusive and authentic busking feel.