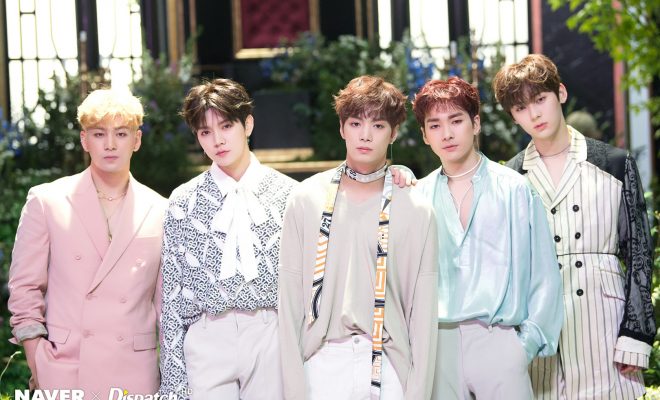 Find out if your city is among the places NU’EST will visit this year for a solo concert!

Pledis Entertainment dropped the partial list of cities for 2019 NU’EST Tour <Segno>, revealing six cities in Asia as among the stops.

JR, Aron, Baekho, Min Hyun, and Ren will bring their best performances on the concert stage of Bangkok, Hong Kong, Jakarta, Manila, Kuala Lumpur, and Taipei this year with more cities expected to be added. The upcoming tour marks the boys’ first concert tour together since their debut in 2012. 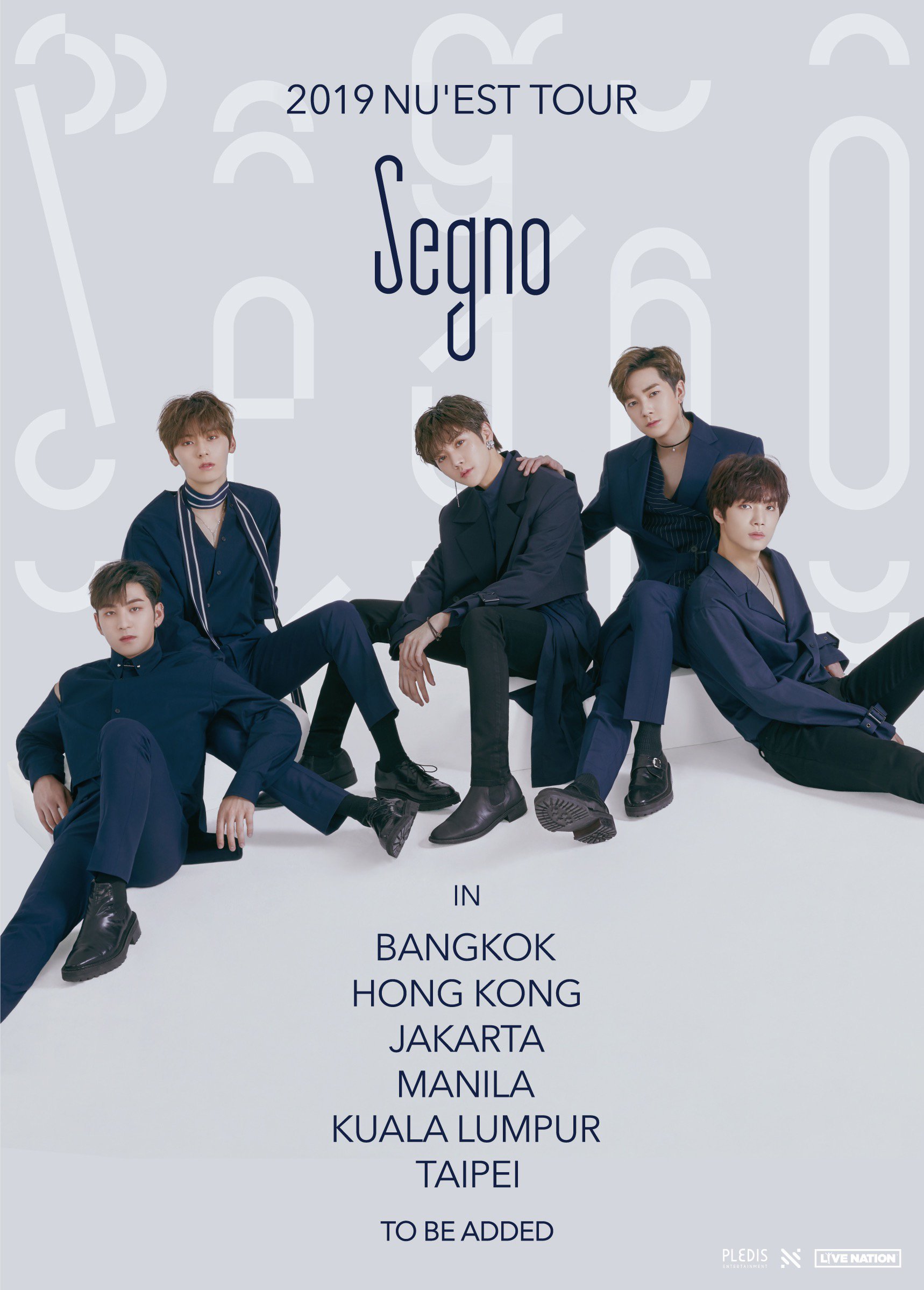 The dates and venues for the Bangkok and Jakarta legs have been confirmed along with the tour announcement.

NU’EST will meet Thai LOVEs for a two-day concert happening on July 20 and 21 at the Thunder Dome, Muang Thong Thani. Feoh Performing Art, which handled NU’EST W’s concert in Bangkok last year, will once again take charge of the event.

Meanwhile, fans in Jakarta will see the boy group on August 3 at the Istora Senayan, Jakarta. Mecimapro, which recently brought Jus2 in Indonesia, will serve as the event’s organizer in the area.

More information regarding the concert in respective locations will be revealed.

JR, Aron, Baekho, Min Hyun, and Ren made their first full-group comeback in three years with the mini album Happily Ever After fronted by the song “BET BET”.

Meanwhile, NU’EST thanked fans for their love with a special audio recording of “Blessing”. According to the boys, the song almost became their debut track. The revelation was made during the Segno concerts in Seoul back in April.

The bubbly and refreshing song differs greatly from the dark and charismatic “Face” whose music video recently hit the 100 million views on YouTube.

We need your support! If you have enjoyed our work, consider to support us with a one-time or recurring donation from as low as $5 to keep our site going! Donate securely below via Stripe, Paypal, Apple Pay or Google Wallet.
FacebookTwitter
SubscribeGoogleWhatsappPinterestDiggRedditStumbleuponVkWeiboPocketTumblrMailMeneameOdnoklassniki
Related ItemsNU'EST
← Previous Story Lai Kuan Lin Gleamed Like A Big, Shining Star On The Singapore Stage For His “Good Feeling” Solo Fan Meeting
Next Story → BTS Kicks Off New World Tour Together With 60,000 ARMYs At Rose Bowl Stadium