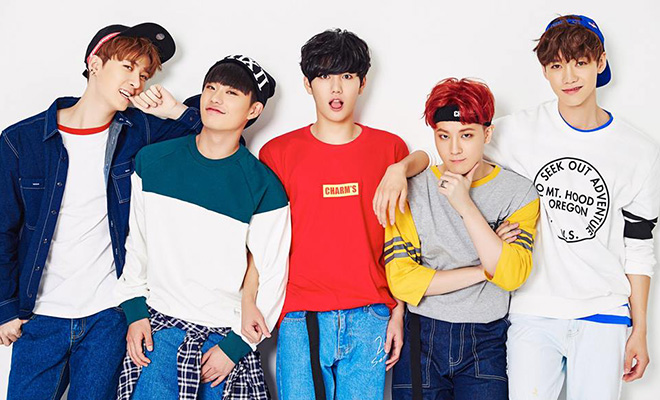 OFFROAD To Go On First Trip To The Philippines This October

OFFROAD is about to give you a ride you will never forget.

Get ready as OFFROAD is set to visit the Philippines this October!

Members Habin, Rio, Harang, Kino and D1 will be holding a special fan meeting for their beloved Filipino fans on Friday, October 14, at the KCC Wave Hall.

OFFROAD debuted on September 2012 with the song Bebop, followed by a digital track produced by Block B‘s Zico, titled Head Banging on March 2013.

Rio, Harang and Kino were eventually joined by Daewon and Habin when they transferred to a new management in 2015 after the other two original members left. After forming a steady fanbase in Japan, the boys are now on their way to capture the Filipinos’ hearts.

OFFROAD in Manila: The First Fanmeeting 2016 is brought to Philippine fans by ShowBT Philippines Corp., with the special participation of Korean Cultural Center Philippines.

The event will be held on Friday, October 14 at the KCC Wave Hall, Bonifacio Global City. It will be exclusively for the members of OFFROAD Philippines only. For more inquiries about the event, fans may contact [email protected] 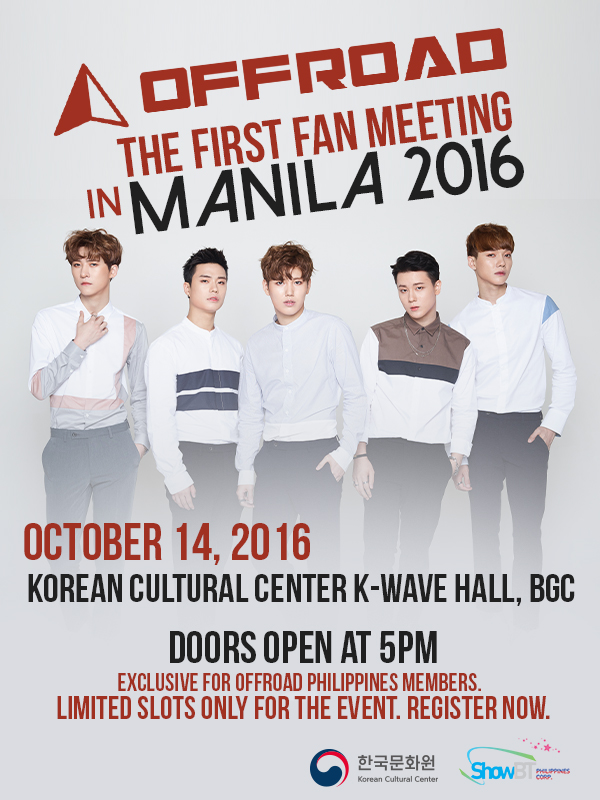 We need your support! If you have enjoyed our work, consider to support us with a one-time or recurring donation from as low as US$5 to keep our site going! Donate securely below via Stripe, Paypal, Apple Pay or Google Wallet.
86
SHARES
FacebookTwitter
SubscribeGoogleWhatsappPinterestDiggRedditStumbleuponVkWeiboPocketTumblrMailMeneameOdnoklassniki
Related ItemsOFFROADPhilippines
← Previous Story Ticketing Information For BTOB’s First Fan Meeting In Manila
Next Story → Korean Culture No Boundary: ‘2016 Feel Korea In Kazakhstan’ Ended With A Dazzling Bang