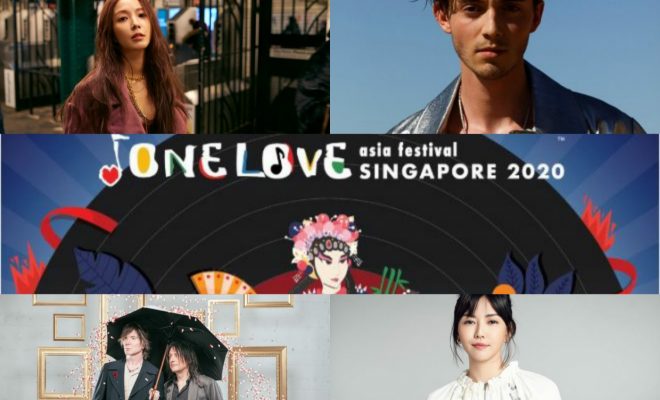 Presented by IMC Live Global, the inaugural music and lifestyle festival, One Love Asia Festival, is set to be held in two vibrant Asian metropolises – Singapore and Osaka in 2020. 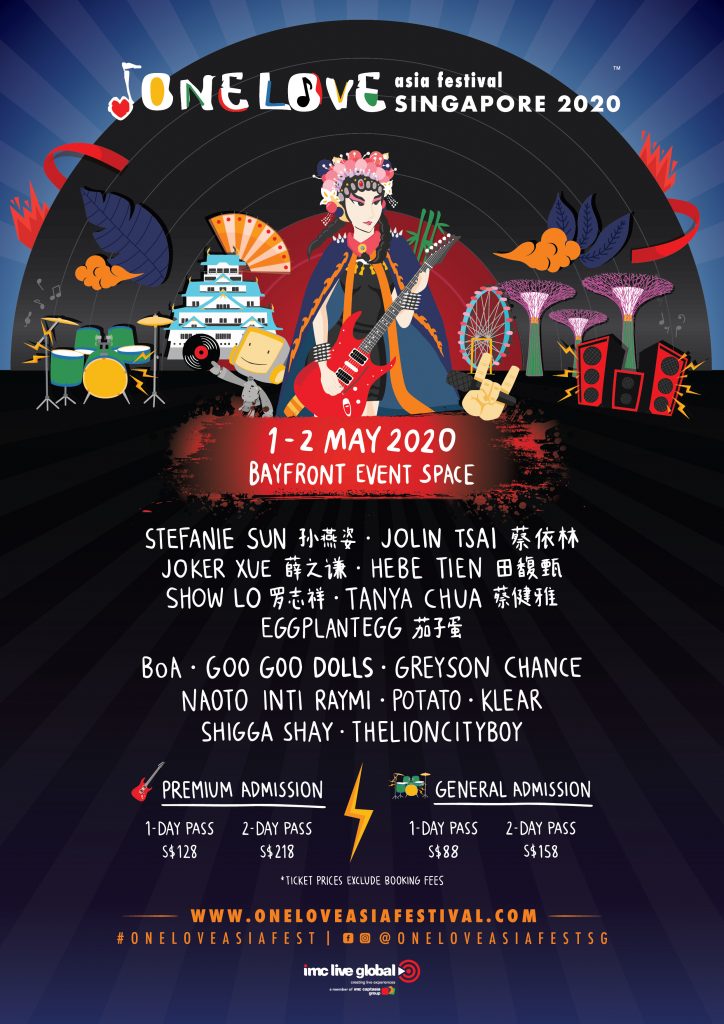 A first in Asia, this festival brings together a stellar lineup of Asian and international acts, plus interactive experiences to provide festival goers an extraordinary experience.

The two-day festival in Singapore showcases 15 international and regional pop icons who will perform in state-of-the-art production, sound and lighting.

Check out the list of the artist set to perform at One Asia Love Festival in May 1 and 2 below. 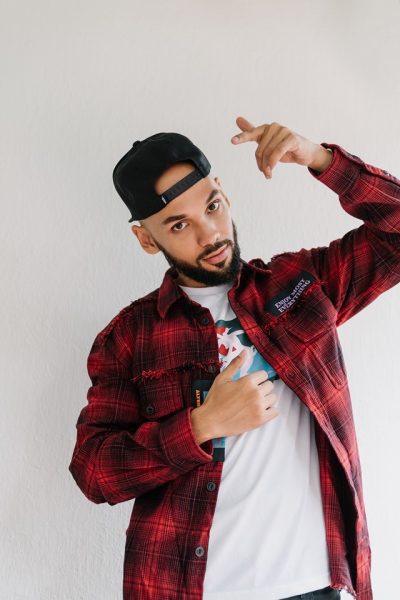 Experience the roaring talent of singer-songwriter THELIONCITYBOY. Immerse in his high energy and explosive live performance as he shares stories through his music.

Expect stages of his hit tracks such as “2 The Max” and “Halimah feat Akeem Jahat”. From growing up in Ang Mo Kio to an East Coast background to clubs on Boat Quay, he shares his truth and perspective of life in the lion city. 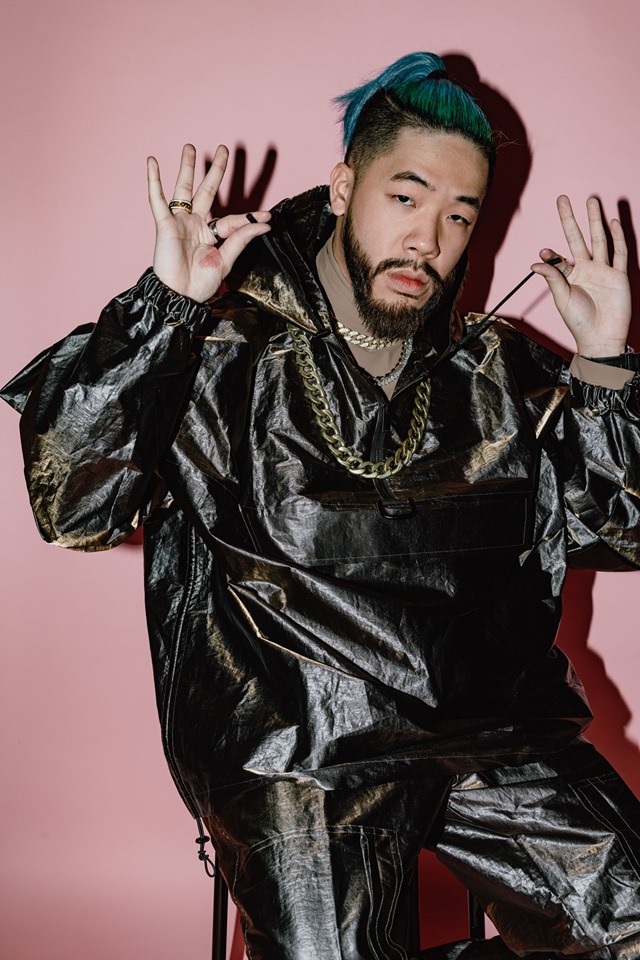 Mention hip hop in Singapore music scene – and the name ShiGGa Shay comes to mind. The homegrown rapper, music producer and filmmaker wrote and produced multilingual chart-toppers like “Lion City Kia” (kia is Hokkien for “kid”) and “Lim Peh” (Hokkien slang for “your father”). “Lim Peh” topped the local iTunes charts and made him a household name in the region.

His 2019 singles mark his return to form as one of the top hip-hop artists in the region. “Paiseh” showcases his signature cheeky, Singlish-infused stories. Meanwhile, “if i” reveals a never-seen-before sensitive side to the rapper, winning him a new legion of fans. 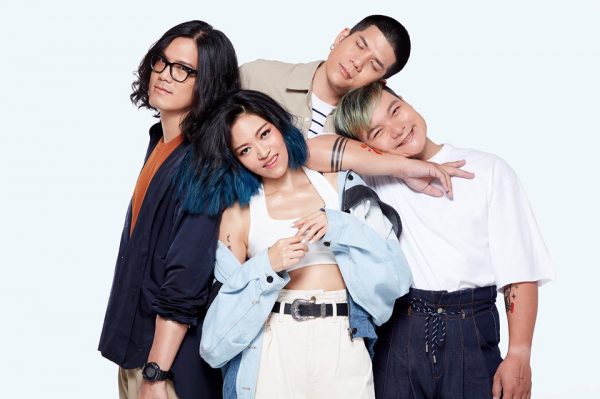 With chart-topping singles like “One Time Won’t Kill You” and “Kum Yin Dee” (Words of Congratulations) – indie rock band KLEAR has been dominating the pop charts since their debut in a university music contest in 2002.

Led by frontwoman Pat on vocals, with guitarist Knat, bassist Kee and drummer Nut, the award-winning band is part of Rock label Genie Records – home to popular rock bands like Potato, another act featured at One Love Asia Festival. 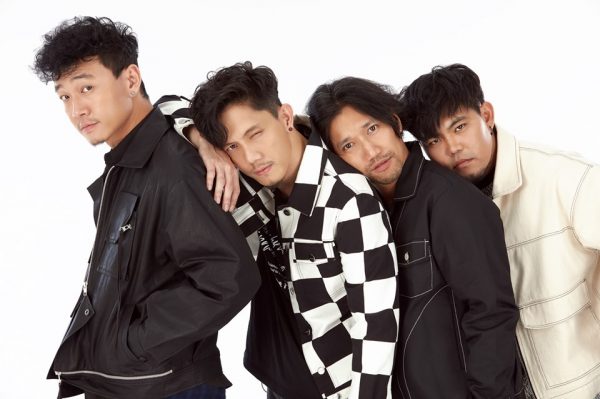 One of the most influential pop rock bands in Asia today, Potato is noted for their award-winning, stirring hits of rock music fused with melodic tunes for the last 19 years.

With hits such as “Ter Young”, “Ton Pid Bad Plae Mai Wai” and “Nee Lae Khue Kham Sia Jai”, Potato’s huge fan base is made up of millennials, a testament to the band’s long-standing appeal.

Chart-toppers like “Ting Wai Klang Tang” (ทิ้งไว้กลางทาง/Left Behind) racked up 246 million views on YouTube months after its 2015 release. 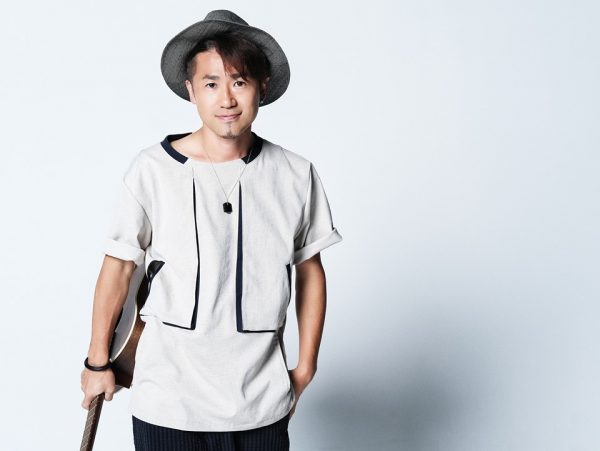 Singer-songwriter Naoto Inti Raymi is best known for his version of “The World is Ours!”, the Coca-Cola Inc. World Cup anthem song for FIFA World Cup Brazil 2014.

Born as Naoto Nakamura in Mie Prefecture, the artist adopted his stage name, Inti Raymi, which means “the festival of the sun” in Quechan language after a soul-searching solo journey through 66 countries over two years.

His journey inspired and shaped his perspective on music and life. Naoto made his major debut in 2010 and has performed to sold-out crowds at Tokyo Budokan Hall and Kyocera Dome in Osaka.

A fluent English speaker, Naoto is currently working on songs in other languages, as part of his lifetime dream to go on a world tour. 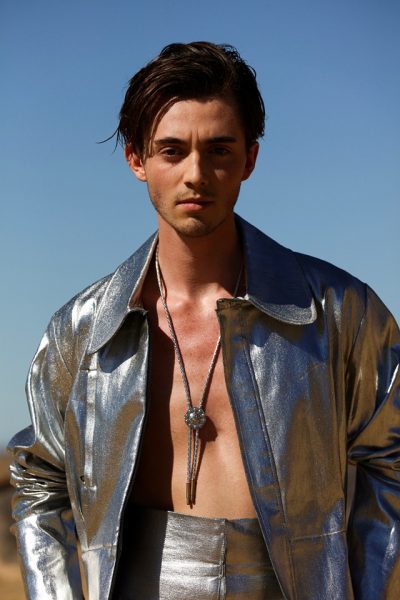 Blessed beyond measures, Greyson Chance has drawn over 100 million YouTube views and has toured around the world before turning 17.

The singer-songwriter and instrumentalist blends insight to his music. His sensitivity as an artist is beyond his years. His latest work stems from years of reflection and life choices.

Freed from the pressures of the industry, and surrounded by the romantic wildness of his native Oklahoma, he felt a surge of self-discovery he hadn’t anticipated. This has led Chance to his second chapter and the release of his new album Portraits.

His commitment to candor as well as his disciplined but deeply emotional vocals are reflected in his latest releases.

As Chance puts it, his truth in music is much simpler than he originally thought: “I can never give up on the process now. It’s always with me.” 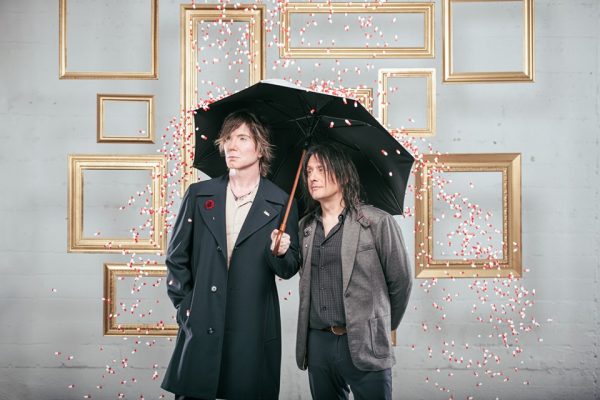 With 12 million albums sold worldwide, four GRAMMY® Award nominations, 14 number one and Top 10 hits at Hot AC – “the most of any artist in history”, iconic rock band Goo Goo Dolls continues to impact popular music and connect with fans for three-plus decades.

Among their string of hits, “Iris” was named “#1 Top 40 Song of the Last 20 Years”.
Their music has been covered by millennial pop stars in the likes of Taylor Swift and Leona Lewis. 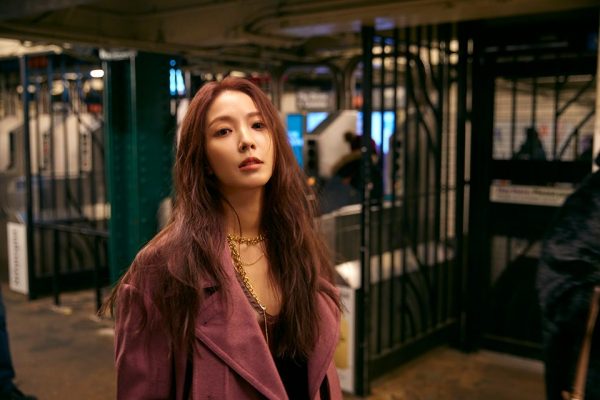 Acclaimed singer, songwriter, record producer and actress BoA (Kwon Bo-ah, 권보아) is one of the most influential entertainers in Asia.

The pop legend has released 19 studio albums – nine in Korean, nine in Japanese, and one in English, since her debut in 2000.

With hits like “No.1”, “Atlantis Princess” and “My Name”, she is the only foreign artist to have three albums sold more than one million copies in Japan.

She released her ninth Korean album Woman and played to a sold-out crowd over four live shows in Tokyo and Seoul in 2018.

In December 2019, she released a mini album Starry Night with the single and title track of the same name. 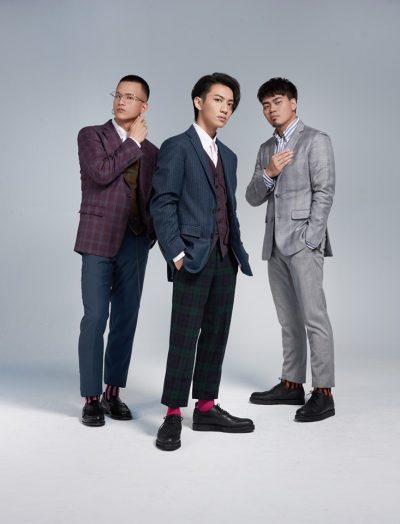 Indie rock band EggPlantEgg (茄子蛋) is best known for boosting the renaissance of Holo music in their home country. Their smash hits like “Waves Wandering” (浪流連), “Everyday Life” (日常) and “Back Here Again” (浪子回頭) personify the melding of contemporary sounds and themes with Holo music genre.

Debuted in 2012, the band is led by vocalist and keyboardist Ki-pin Ng with guitarists A-der Hsieh and A-ren Tsai, and drummer Jean Lai. 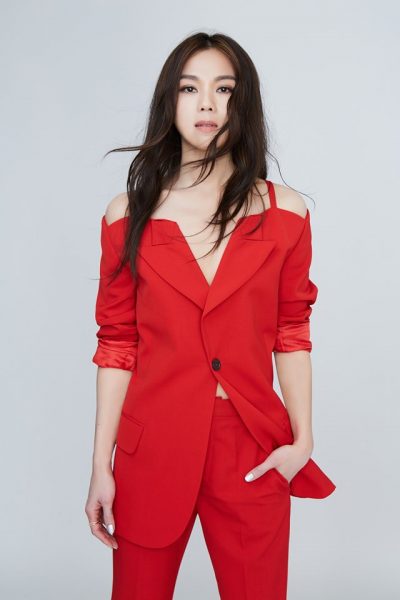 A 3-time Best Female Vocalist at the Golden Melody Awards, homegrown singer-songwriter Tanya Chua (蔡健雅) has been captivating fans since the 1990s.

Tanya began her journey into the music industry with performances in pubs and cafes whilst she was a student at Singapore Polytechnic.

Fluent in English and Mandarin, she released her first English album Bored in 1997 and her first Mandarin album Breathe in 1999.

Tanya’s career took off with the release of her album, Amphibian (2005), and when she clinched her first Best Female Vocalist award at the prestigious Golden Melody Awards. She bagged the same award in 2008 and 2012, as well as the Best Album Producer award for Goodbye & Hello.

Besides her own releases, she has written songs for pop stars like Faye Wong, A-mei and Stefanie Sun. In 2018, Chua released her 12th Mandarin album, Kisses For The World, an upbeat and brighter version from her dark electronic record Aphasia (2015). 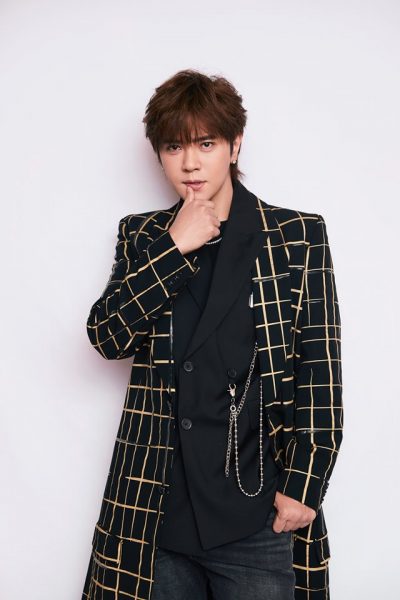 Singer and entertainer Show Lo (罗志祥), known by his nickname Xiao Zhu (小猪), holds the record for the best-selling album of the year in the region for four consecutive years from 2010 to 2013.

Known for his trademark dance music and comedic talent, Lo is also a prolific television host and entertainer. He has been hosting 100% Entertainment (娛樂百分百) since 2001.

In 2017, he won the Best Host for a Variety Show Award in the 52nd Golden Bell Awards for 100% Entertainment, with co-host Linda Chien.

He is also a cast member of the popular reality show, Go Fighting!, and a judge on Produce 101 (创造101) and Street Dance of China (这!就是街舞). 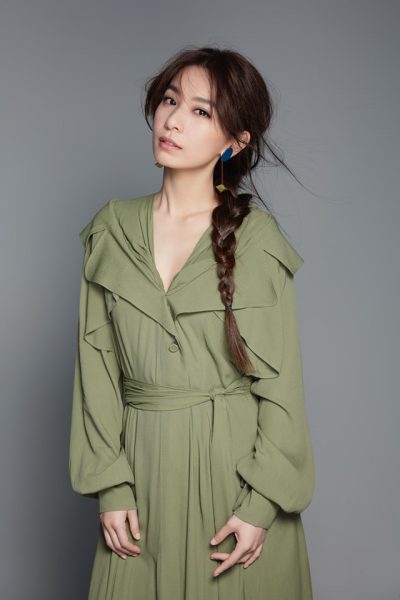 A member of popular girl group S.H.E, singer-actress Hebe Tien (田馥甄) stepped out of the shadows of her band since the successful debut of her solo album To Hebe in 2010.

Hits like “Leave Me Alone” and “Still in Happiness” from her second album, My Love, made Tien the first Mandarin female singer with two music videos reaching over 10 million views on YouTube.

My Love snagged seven nominations in the 23rd Golden Melody Awards (GMA), making it the album with the most nominations for that year’s GMA. In 2014, Tien was awarded as the Best Taiwanese Singer in the MTV Europe Music Awards.

Her music video “A Little Happiness” (小幸运), the theme song for the box-office smashing film Our Times, became the first Mandarin music video to exceed 100 million views on YouTube.

In 2016, Tien played to a sold-out crowd at the Singapore Indoor Stadium in her first major solo concert in the Lion City. 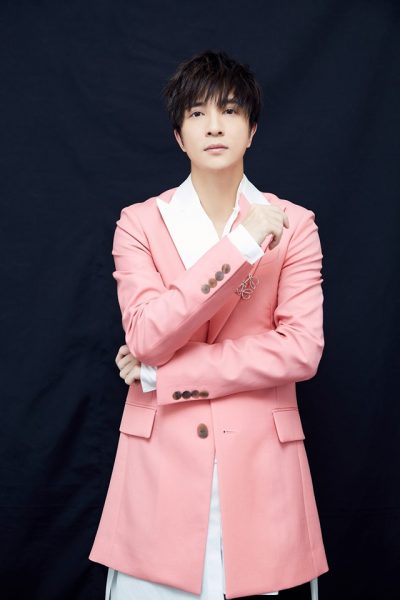 Renowned singer-songwriter and record producer, Joker Xue (薛之谦) has an extensive discography under his belt, including a string of hits such as “Actor” (演员), “Freak” (怪咖) and “Forsaken Youth”(违背的青春).

Since his 2006 debut, Xue is known for his stage charisma and his signature musical style, referred to as “Xue’s Ballads” (薛氏情歌). His music style melds the classic pairing of piano and strings with folk-tinged acoustic guitar and R&B beats.

He is among the most-streamed pop artists on Spotify. His appearances on high-profile variety shows as a host, guest or judge seal his reputation as a popular TV personality. 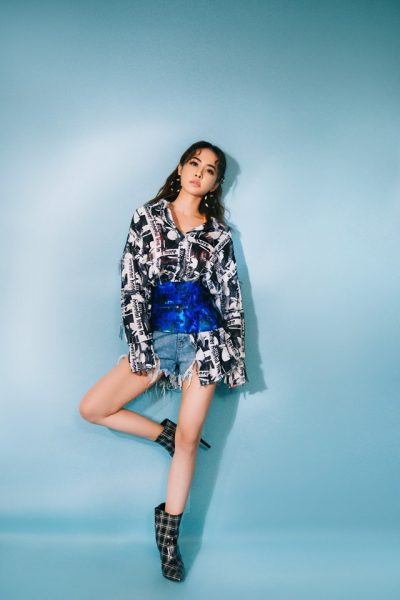 The singer, songwriter, dancer, actress, and businesswoman is famed for her music and image makeovers since her debut as a teen idol two decades ago.

One of the best-selling artists in the region, Tsai has sold more than 25 million records to date. Her numerous awards and accolades include six Golden Melody Awards, an Mnet Asian Music Award, an MTV Asia Award, and an MTV Video Music Award.

Her 14th album, Ugly Beauty, released in 2018, won Album of the Year and “Womxnly” a track from the same album, won Song of the Year at the 2019 Golden Melody Awards. 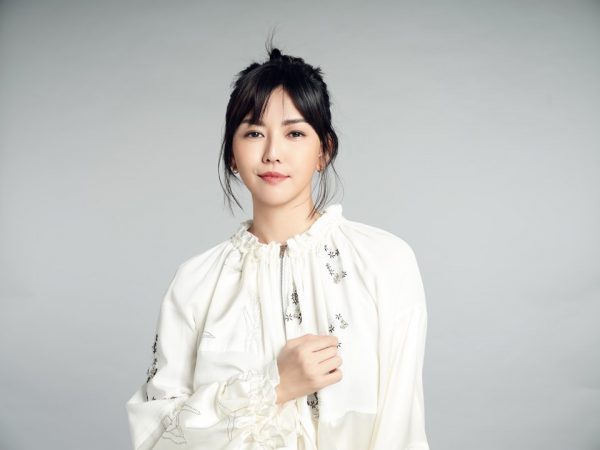 Stefanie Sun (孙燕姿) is undisputedly one of Asia’s most successful pop music exports. Since making her debut in year 2000, the singer-songwriter has brought her music all over the world.

In the course of her 20-year career, Stefanie has won more than 200 awards throughout the region, notably the Best Newcomer and Best Mandarin Female Singer awards at the prestigious Golden Melody Awards (the equivalent of the Grammy Awards for Mandarin pop music).

To date, Stefanie has sold more than 30 million records worldwide. With 13 albums and more than 50 sellout world tour concert stops under her belt, she is slated to kickstart her brand-new concert tour in 2020 to celebrate her 20th anniversary in showbiz. 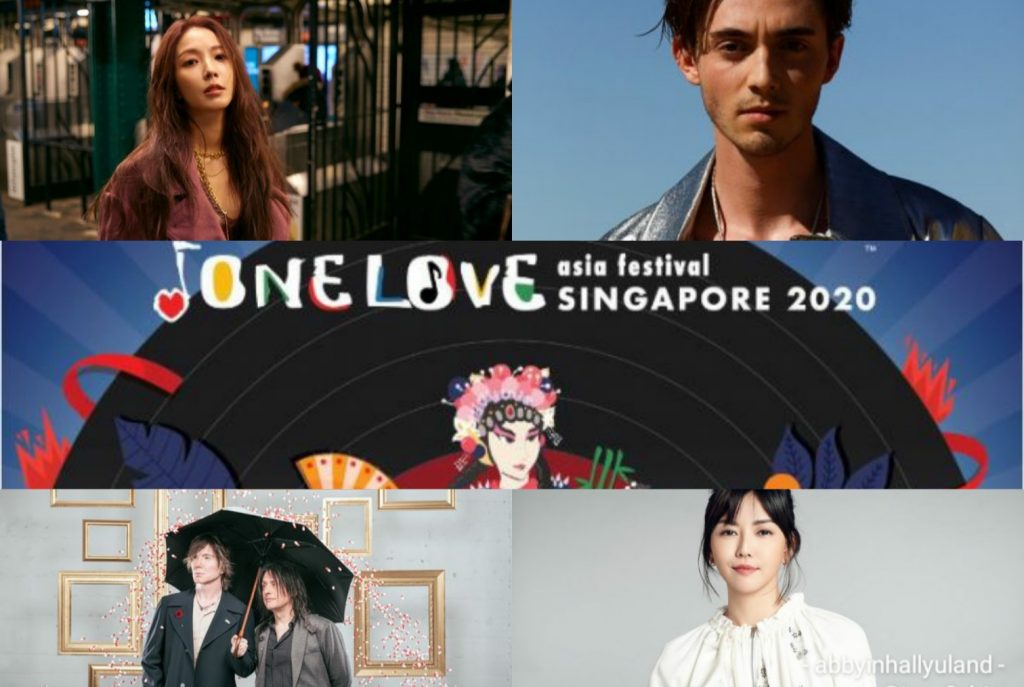 For more details about One Love Asia Festival visit its official website and social media channels.