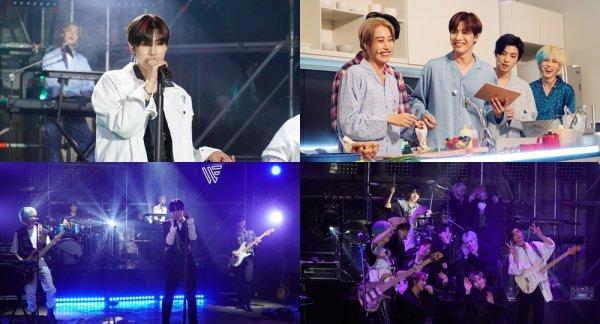 ONEWE has showed the whole world what they’ve got in their recent concluded online concert!

Streamed on ONEWE’s Naver V LIVE Channel, the band kicked off the show with the fantastic stage of “End of Spring”, the title track of their first full-length album “ONE“. They further heated up the stage by performing their spellbinding tracks “Q” and “Regulus”. 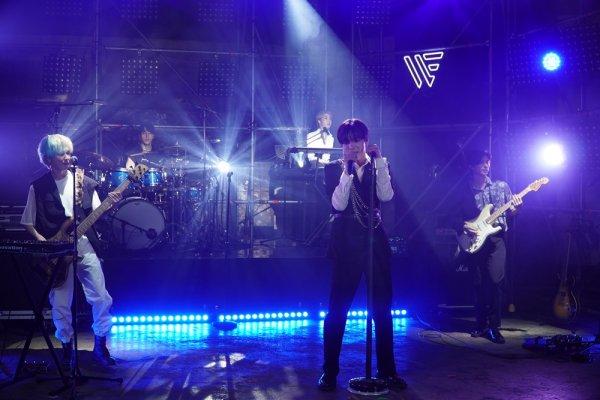 Right off the bat, the show has been receiving great response through their real-time communication with fans and various contents such as LieV, cooking, and CF parodies.

Definitely painting the magical Saturday night with warmth, all members appeared in pajamas on the LieV segment. They serenaded spectators with song requests from fans in an acoustic version. 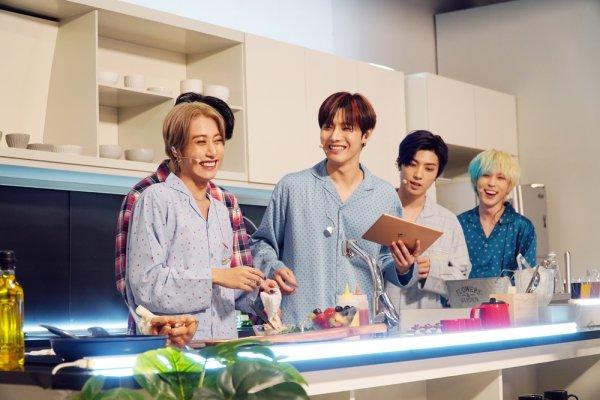 Keyboardist Dongmyeong made a cover stage for Billie Eilish’s “xanny”. Right after his cover song, he stunned spectators, when his twin brother Xion, from the boy group ONEUS, made a surprise appearance. Showing perfect chemistry, the twins decorated the stage with their performance for Christopher’s “Bad”.

Meanwhile, Yonghoon completed a powerful stage with his cover of LANY’s “Malibu Nights”, while Harin showed off a dynamic drum solo for BTS’ “FAKE LOVE”.

ONEWE also unveiled their new song “Parting” in the concert for the first time, which was written and composed by member Kanghyun. The band continued the colorful performances of their highlight medley, featuring Hyukoh’s “TOMBOY,” N.Flying’s “Rooftop,” and DAY6’s “You Were Beautiful”.

The band further heated the stage by performing their pre-debut track “LAST SONG” with their label mates ONEUS. In addition, ONEUS was also featured, performing their recently released song “TO BE OR NOT TO BE.” 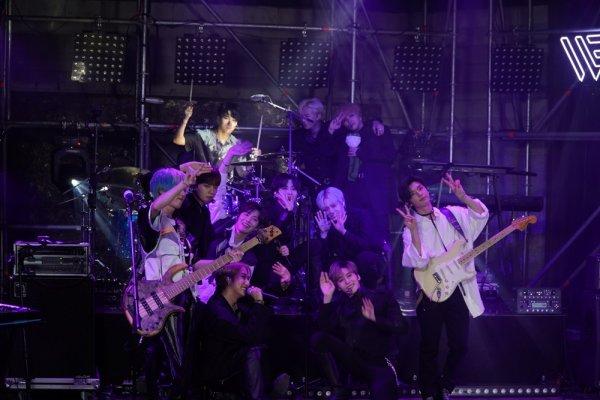 ONEWE concluded the show with encore stages of their tracks “IF,” “Reminisce About All”, “Ring On My Ears”, and “Crazy Good”.

Captivating fans with their solid singing skills, extraordinary teamwork, and stage elegance, the talented band of RBW has accomplished a three and a half hour live concert.

ONEWE expressed, “It’s such a shame that we couldn’t meet WEVEs in person. But we learned a lot from this event, and we want to thank you (WEVEs), as always. Please look forward to better performances and music from us in the future.”