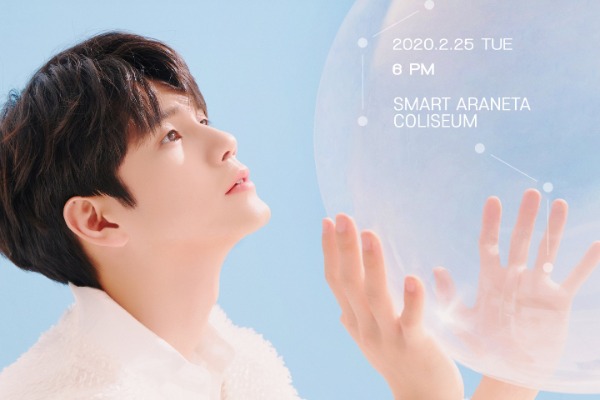 Multi-talented Ong Seong Wu is set to make hearts flutter as he meets with WELOs in Manila.

Ong Seong Wu is coming to the Philippines and guarantees to spend a special night with his Filipino fans. It was recently announced that the idol-actor is embarking on an Asian fan meeting tour and Manila is one of the stops. Next year, in the month of hearts, PH WELOs will get the chance to see their favorite star in the flesh. 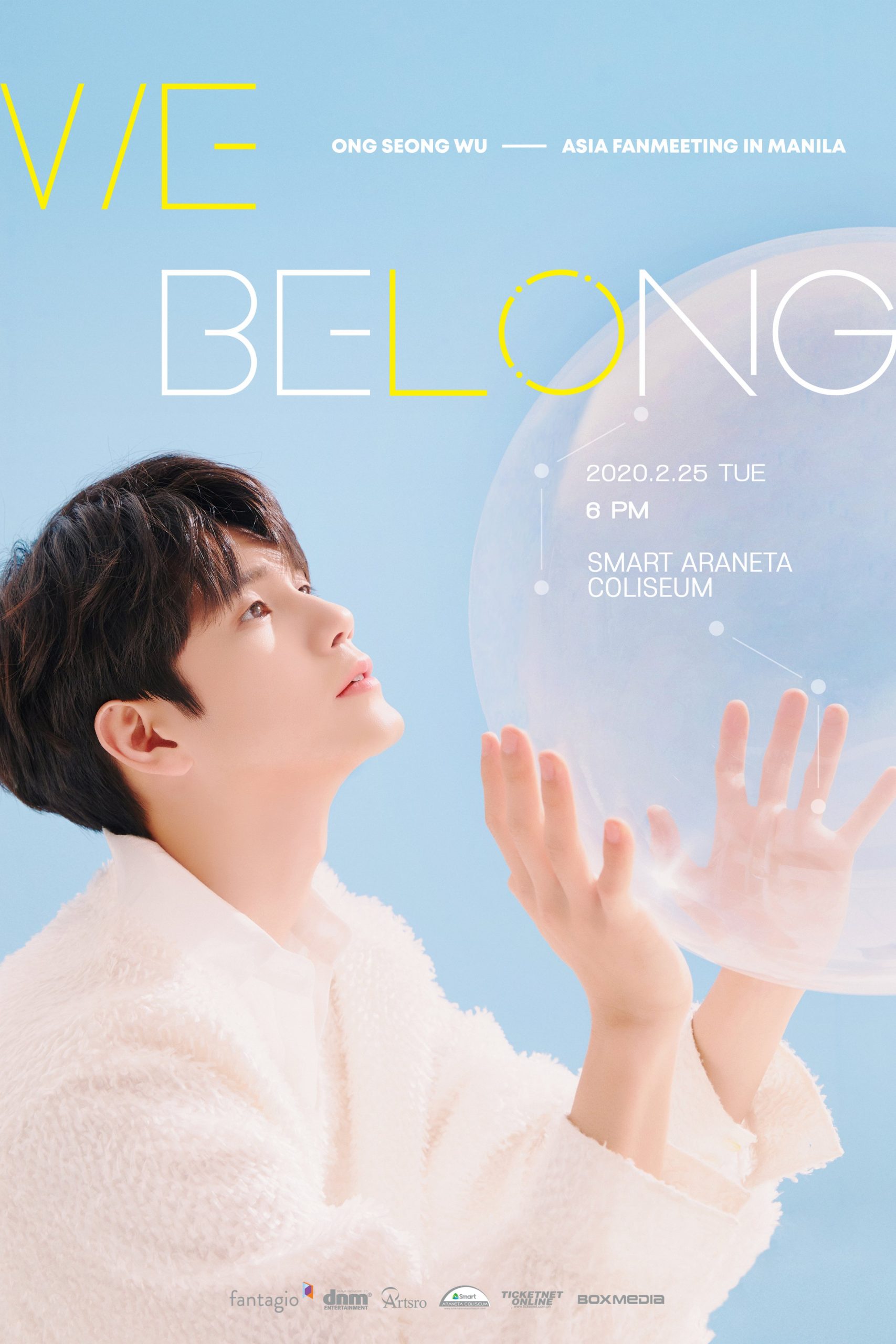 Ong Seong Wu Asia Fan Meeting <WE BELONG> in Manila is happening at 6PM on February 25, 2020 at the Araneta Coliseum. On November 25, DNM Entertainment unveiled the official poster along with the seat map.

Fans are in for a treat as the idol, actor, and former Wanna One member brings in his charm and talent to Philippine shores. Tickets to the fan meeting will officially commence selling on December 8, 2019 via TicketNet.com and outlets nationwide. There will be a pre-selling on December 7, 2019 at Gateway Cineplex Lobby.

Prices and tiers are as follows and inclusive of ticketing charge: 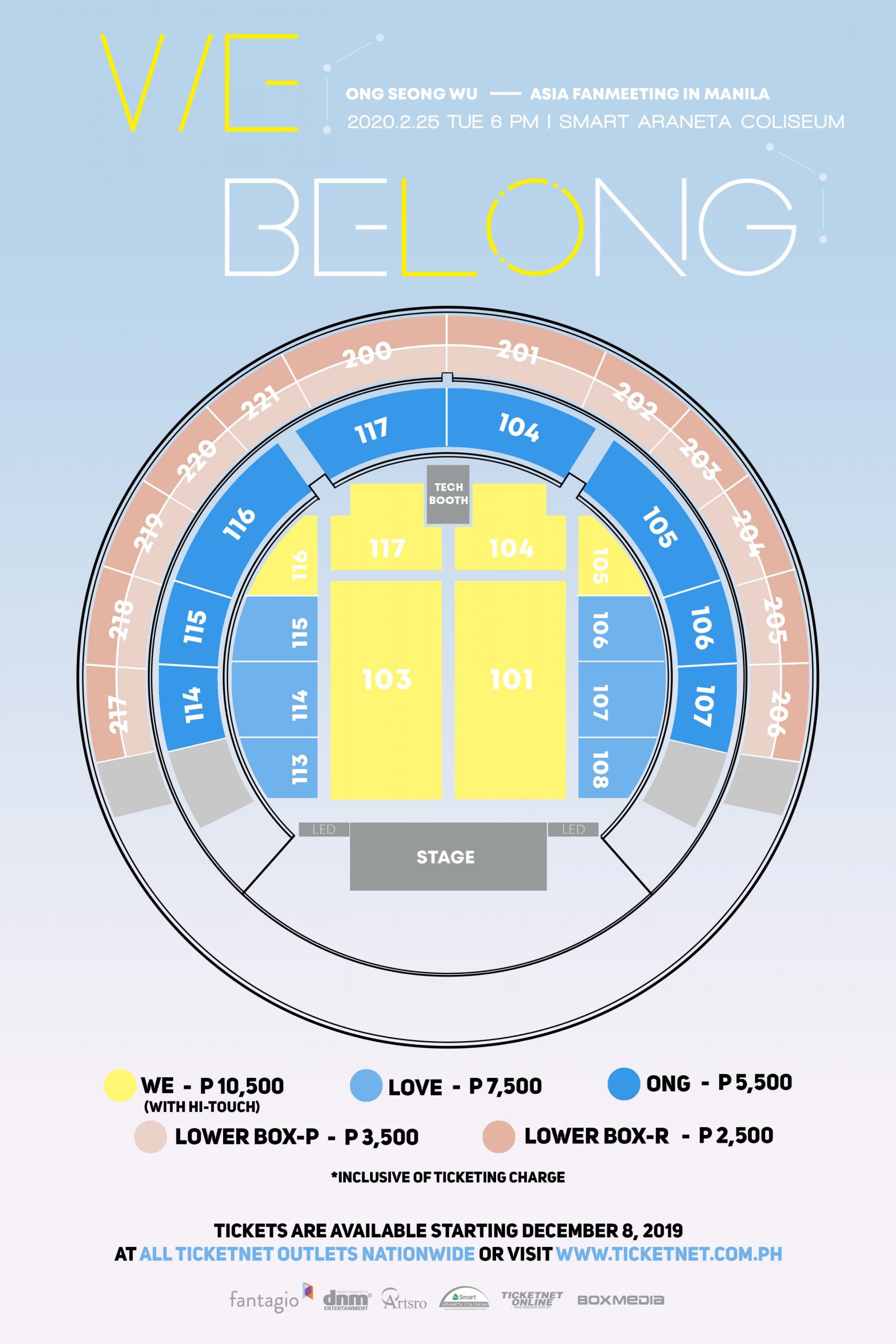 READ: Ong Seong Wu Announces A String Of Asian Fan Meets Is Underway For Him

Fans purchasing WE tickets will get to participate in the Hi-Touch event and 250 will get the chance for a group photo op with Ong Seong Wu. Fifteen (15) fans will have the chance to get a signed polaroid and 150 WE ticket holders will win autographed show poster.

For those opting for the LOVE tier tickets, 50 will be able to take part in the group photo op while ten (10) signed polaroid and 50 signed posters are up for grabs. 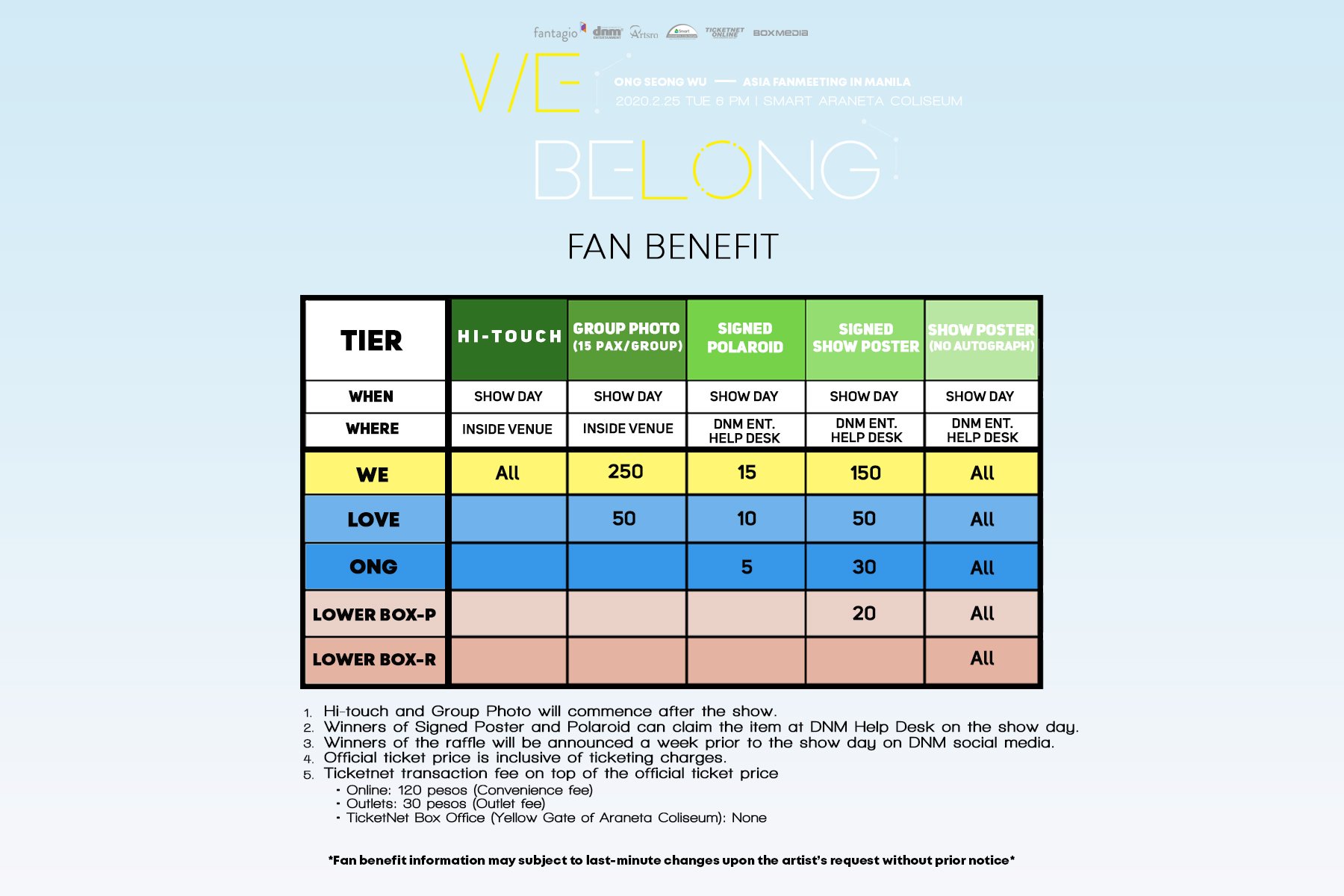 Ong had successfully transitioned from being in a group to a solo artist – and also from a musician to an actor as well. He landed his first lead role in a television drama via JTBC’s coming-of-age At Eighteen. He will make his big-screen debut starring in the musical film Life is Beautiful, playing a pivotal role. The movie is targeting a release date in 2020.

Ong Seong Wu Asia Fan Meeting <WE BELONG> in Manila is brought to fans by Fantagio and presented by DNM Entertainment.

Hellokpop, as an independent Korean entertainment news website (without influence from any agency or corporation), we need your support! If you have enjoyed our work, consider to support us with a one-time or recurring donation from as low as US$5 to keep our site going! Donate securely below via Stripe, Paypal, Apple Pay or Google Wallet.
FacebookTwitter
SubscribeGoogleWhatsappPinterestDiggRedditStumbleuponVkWeiboPocketTumblrMailMeneameOdnoklassniki
Related Itemsong seong wuOng Seong Wu Asia Fan Meeting in Manilaong seong wu in manilaWE BELONG
← Previous Story Goo Hara Passes Away
Next Story → Park Hae Jin Shares Sparkly Beautiful Moments In Manila Fan Meet