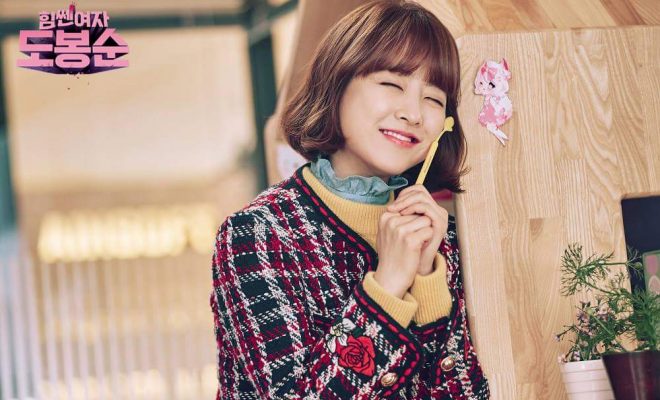 So kind of Park Bo Young.

Korean actress Park Bo Young will hold an autograph session in Seoul on April 15 for the benefits of an orphanage in Cambodia.

According to Think Nature which will host the event, about 100 customers will be given the opportunity to meet the ‘Strong Woman Do Bong Soon’ star.

“We’re very happy to hold the meaningful event with actress Park Bo Young,” said a representative of the cosmetics brand.

Park Bo Young has been the brand’s endorser since October 2016. She is currently headlining the JTBC drama ‘Strong Woman Do Bong Soon’ alongside ZE:A‘s Park Hyung Sik. The drama maintains high viewership rating since its premiere.

In March, the actress topped the brand value ranking among TV actors. She received the highest consumer participation rate among 25 actors, with 37 million data collected and analyzed.

Hellokpop, as an independent Korean entertainment news website (without influence from any agency or corporation), we need your support! If you have enjoyed our work, consider to support us with a one-time or recurring donation from as low as US$5 to keep our site going! Donate securely below via Stripe, Paypal, Apple Pay or Google Wallet.
107
SHARES
FacebookTwitter
SubscribeGoogleWhatsappPinterestDiggRedditStumbleuponVkWeiboPocketTumblrMailMeneameOdnoklassniki
Related ItemsPark Bo YoungPark Hyung SikStrong Woman Do Bong SoonZE:A
← Previous Story SM Artists To Gather Once Again For ‘SM Town Live’ 2017
Next Story → SHINee’s Taemin To Fulfill His Dream of Having Solo Concert In Japan