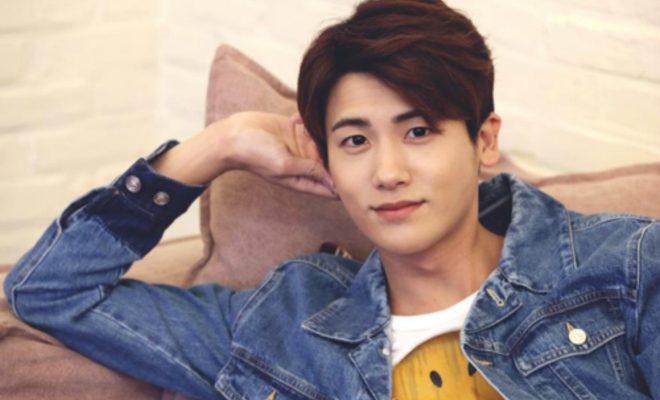 Park Hyung Sik To Visit The Philippines In November

Be ready to fall deeper in love with Park Hyung Sik, Manila!

South Korean singer-turned-actor Park Hyung Sik is set to meet his Filipino fans in an up-close and personal fan meeting in November.

The Strong Woman Do Bong Soon actor will hold his first solo fan meeting 2017 Park Hyung Sik First Love in Manila on November 11 at the KIA Theatre. Fans will be treated to fun games and activities with the actor, who is ready to serenade attendees with his soothing voice. 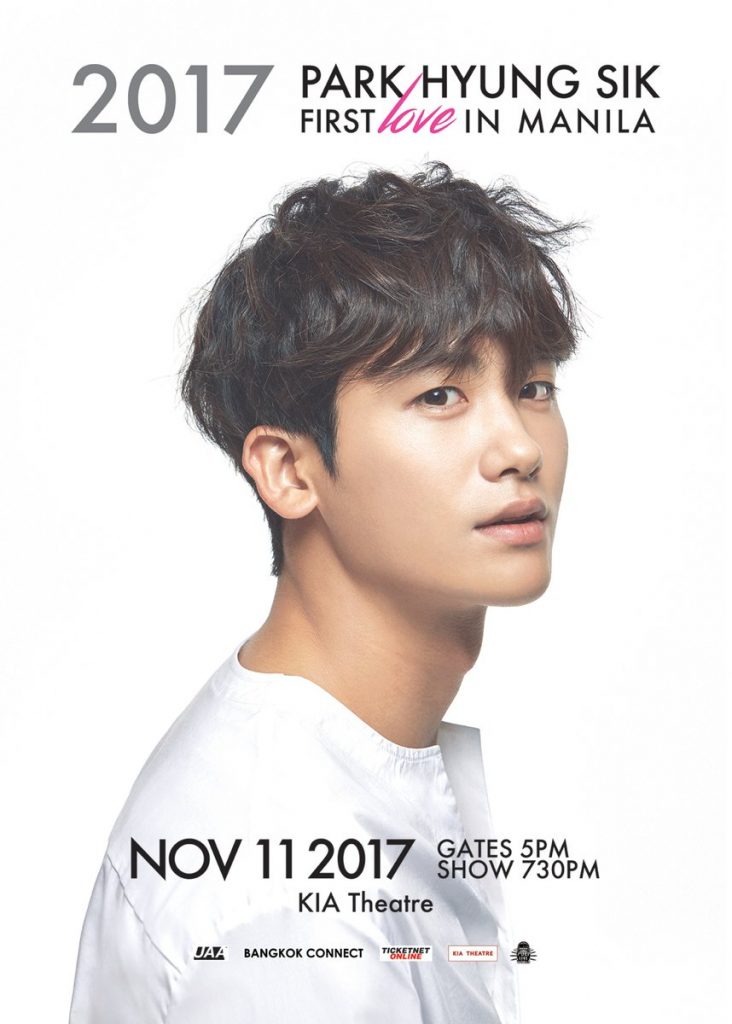 According to events organizer PULP Live World, Park is looking forward to his visit in Manila to meet his fans.

Tickets to the fan meeting will go on sale on October 15 via TicketNet outlets and online at ticketnet.com.ph. Ticket categories include Royalty, VIP, Loge, and Balcony.

Royalty tickets are priced at Php 10,000, which comprise of a VIP ticket, photo opportunity by a group of ten, high-touch, souvenir ID, and lanyard. For slot reservations, fans may call PULP at 727-4957.

VIP tickets are available at Php 8,000. VIP ticketholders are entitled to a VIP ticket, souvenir poster or an opportunity to win a signed poster and high-touch. 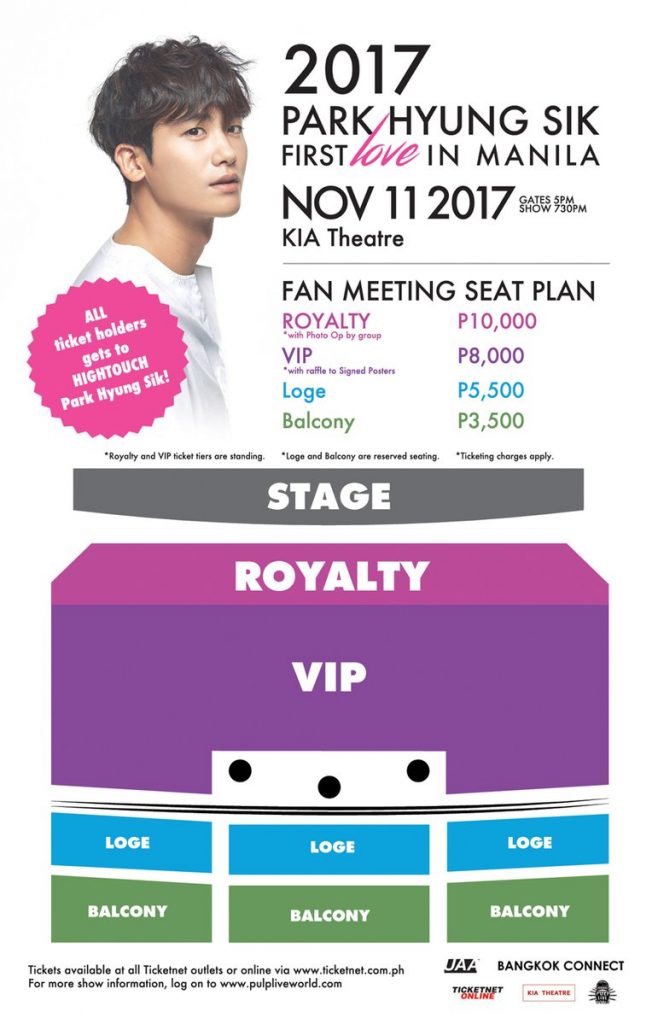 Park debuted in 2010 as a member of South Korean boy group ZE:A. He was also part of the group’s sub-unit ZE:A Five.

In 2012, the singer made his acting debut in SBS’s special drama I Remember You. He went on to star in various acting projects. He is well-known for his roles in The Heirs, What’s With This Family and High Society.

Aside from singing and acting, Park has participated in variety shows, including Real Men and Law of the Jungle.

Since his debut, Park has won several awards for his participation in variety shows and television roles. He was named the Best Male Newcomer in a variety at the 13th MBC Entertainment Awards for Real Men. In 2014, he bagged the Best New Actor award for his role in What’s With This Family at the KBD Drama Awards. Park was also awarded Excellence Award for an actor and New Star award for High Society at the 2015 SBS Drama Awards.

The singer-actor is slated to return to television with the Korean remake of American legal drama Suits alongside Jang Dong Gun.

Hellokpop, as an independent Korean entertainment news website (without influence from any agency or corporation), we need your support! If you have enjoyed our work, consider to support us with a one-time or recurring donation from as low as US$5 to keep our site going! Donate securely below via Stripe, Paypal, Apple Pay or Google Wallet.
272
SHARES
FacebookTwitter
SubscribeGoogleWhatsappPinterestDiggRedditStumbleuponVkWeiboPocketTumblrMailMeneameOdnoklassniki
Related Items2017 Park Hyung Sik First Love in ManilaPark Hyung SikPulp Live WorldStrong Woman Do Bong SoonZE:A
← Previous Story Wanna One To Prepare An Energetic Stage For Filipino Fans This October
Next Story → Epik High To Hold Concert For Comeback After Three-Year Hiatus