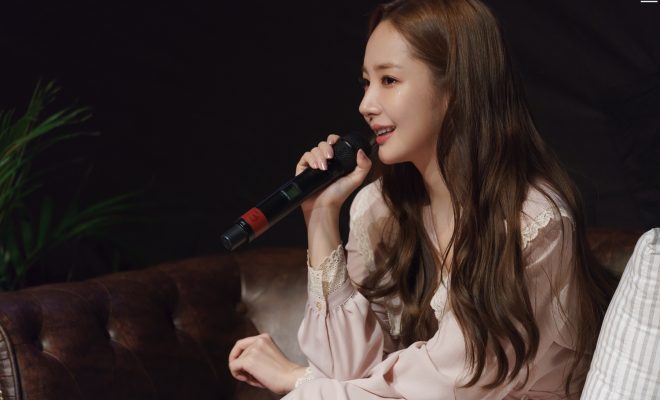 Held at White Hall Korea on October 21, the well-loved actress shared memorable engaging moments with her followers for her My Day fan meeting. 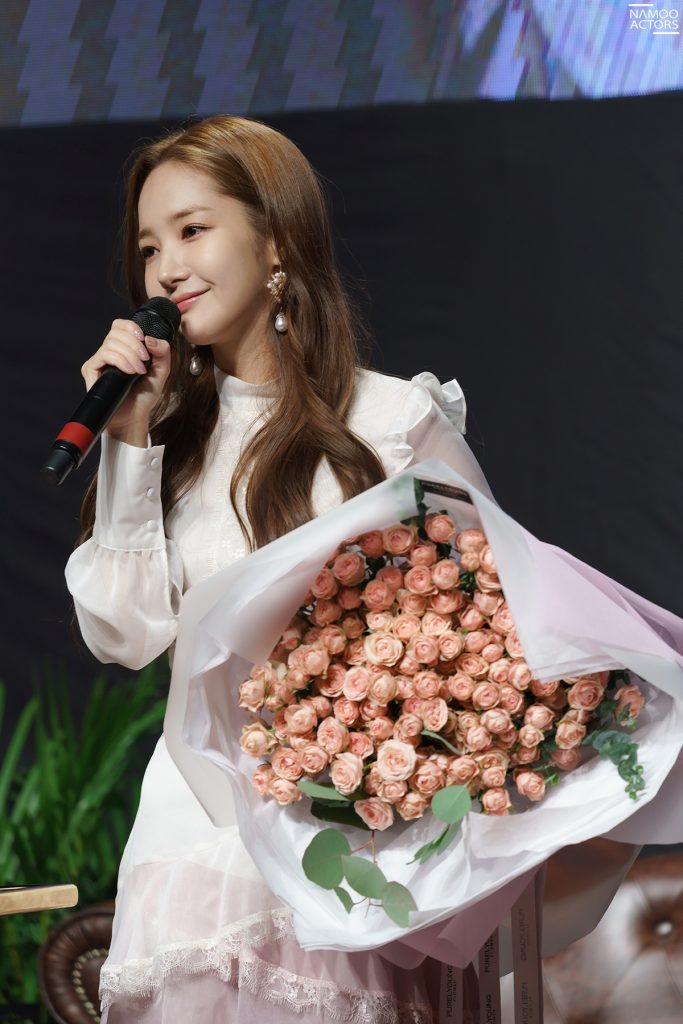 Fully attentive to the preparations for My Day, Park was given a nickname of Park Dae-jung for her hands-on involvement on the fan meeting to make sure that she would be able to express her affection to the fans through a well-prepared gathering.

Previously uploading a teaser of her charming dance on her Instagram account, Park slayed the dance floor and proved why she is a certified “girl crush” through her dance numbers of Ariana Grande’s “God is a Woman” and Little Mix’s “Touch”.

The energized venue was hyped up with the actress’ spontaneous fan interaction through the games prepared in the event.
The talented actress also impressed her fans with a mini segment – “Cafe de Mignon”, which had her sketch an art work on the spot.

Through an emotional letter to her fans, Park expressed her sincere gratitude for her faithful supporters who stayed by her side during difficult times. She also genuinely recognized how she has gone through emotional setbacks in the past, “It was you who was right in front of me now that healed me.”

“I want to be a proud actor of yours and keep you with a solid heart. I do not get hurt anymore. Every day I am happier than anyone in the world. Thank you for making me happy. And I love you, ” Park said, making the audience into a sea of ​​tears. 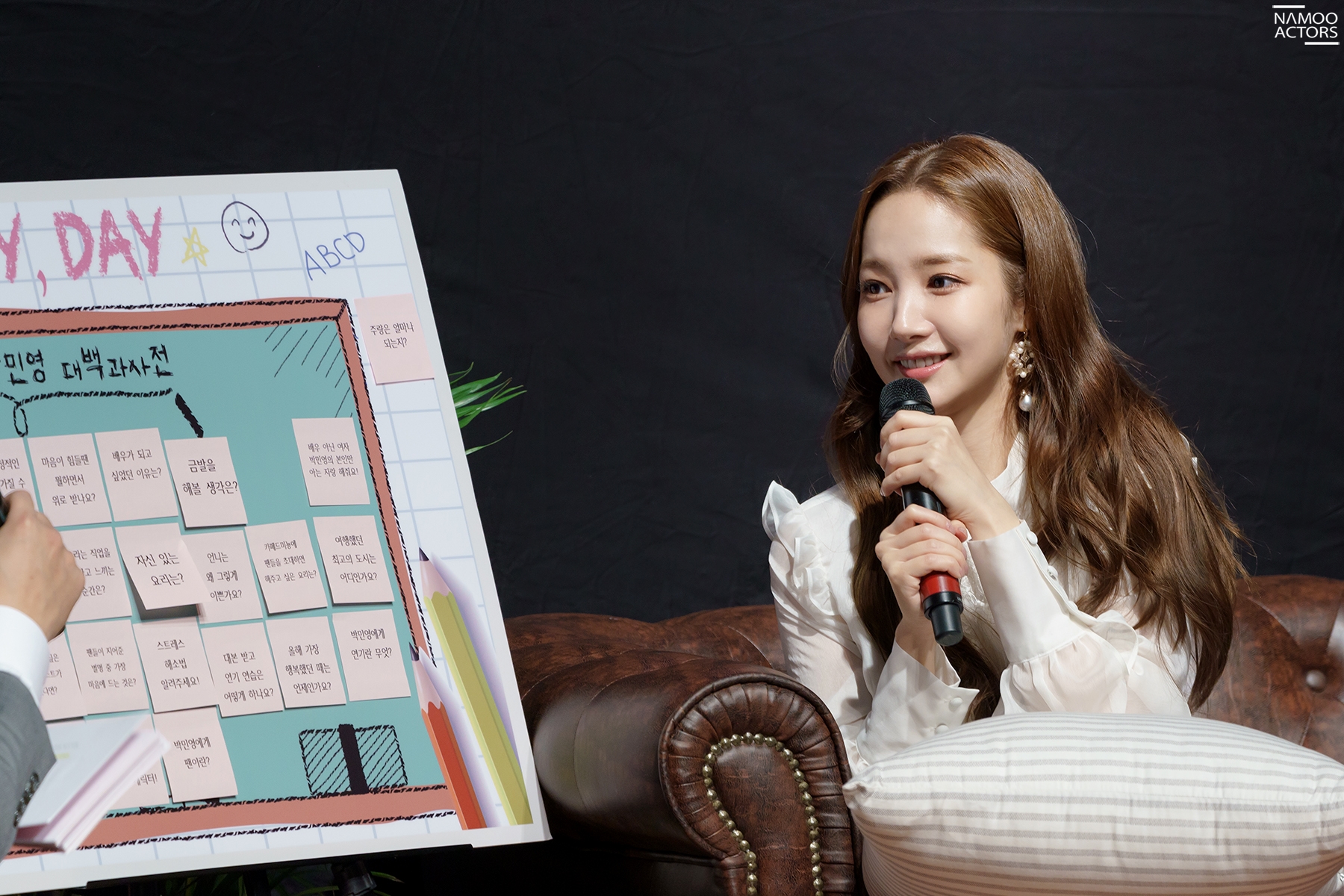 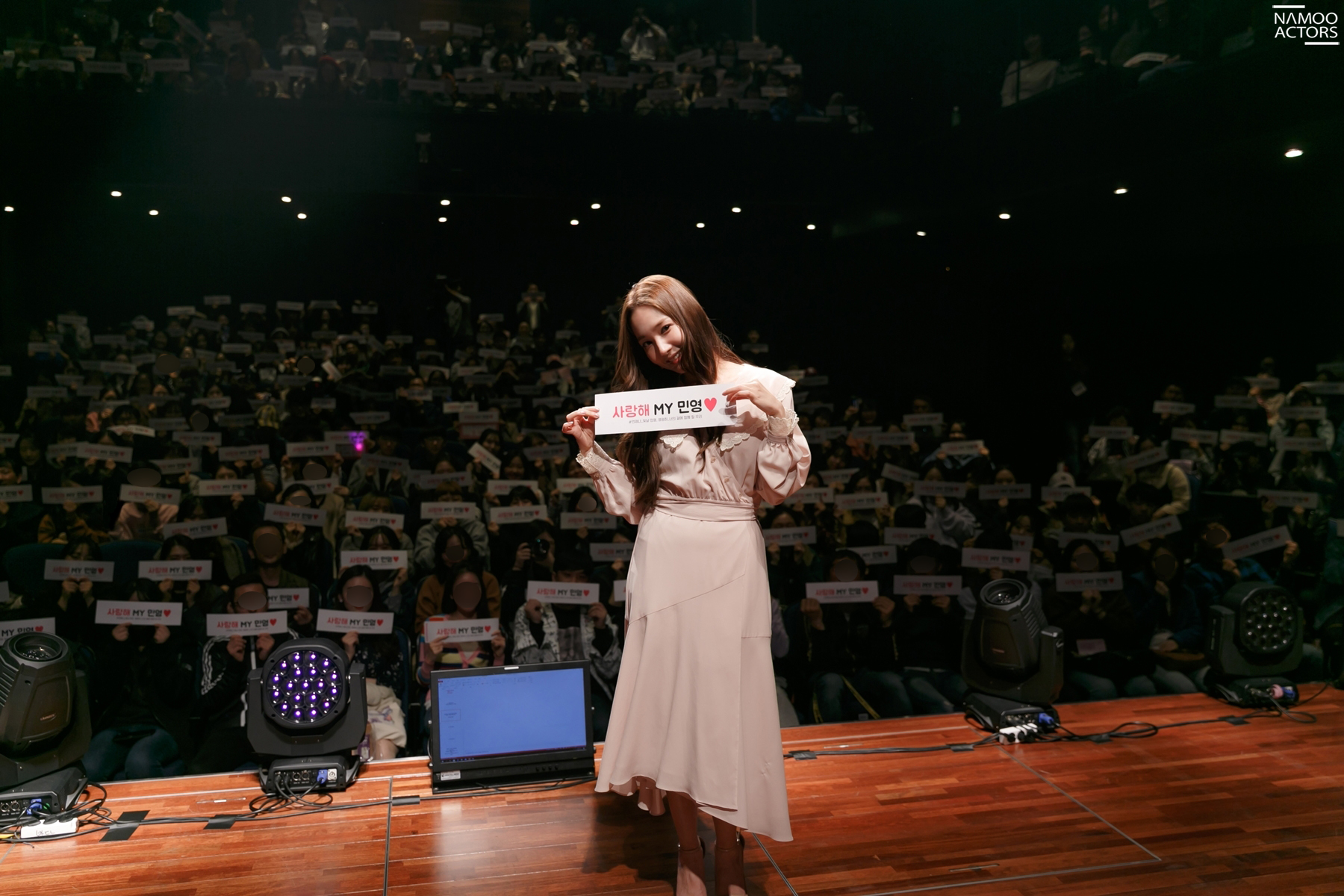 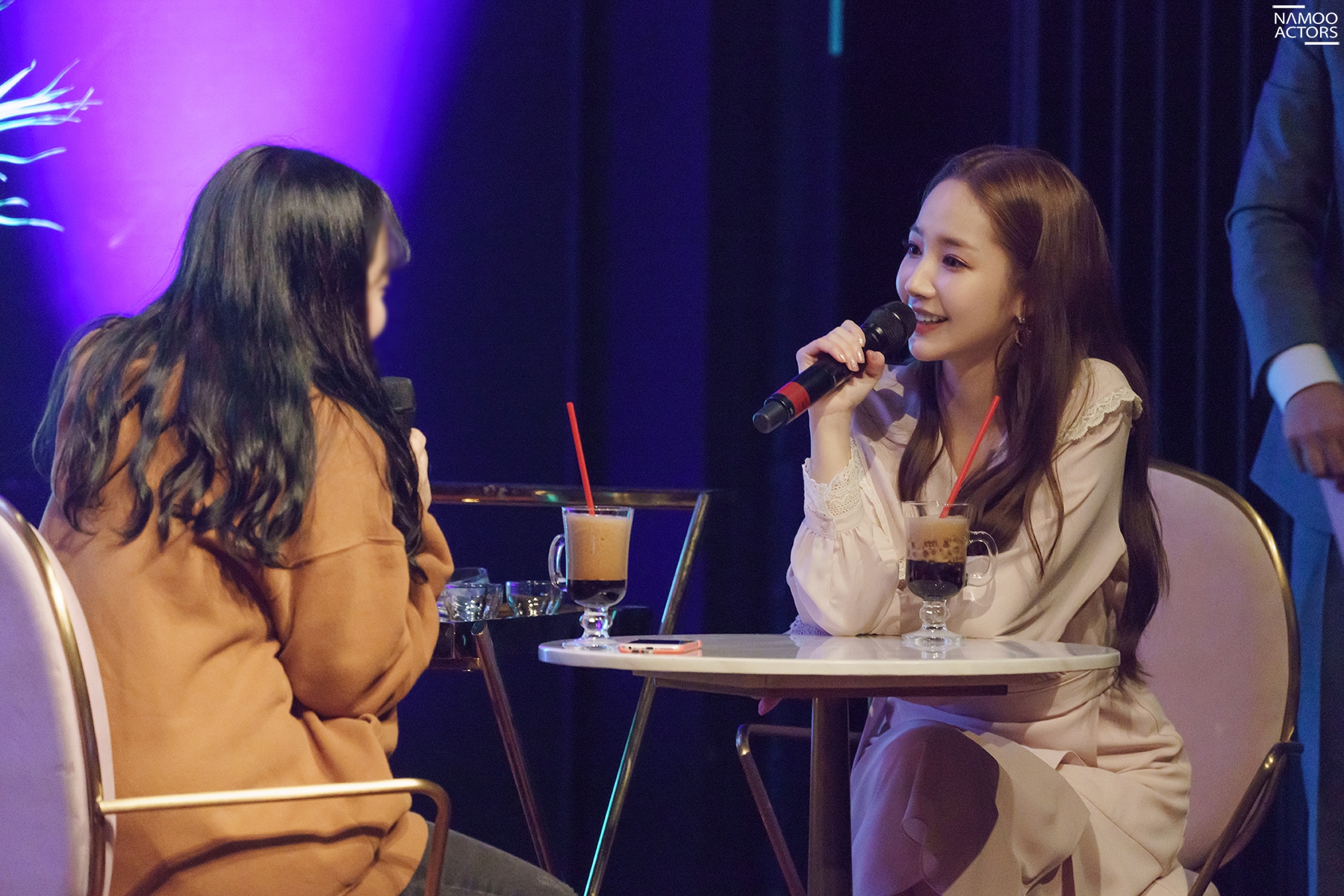 READ: Park Min Young To Hold Her First Ever Fan Meeting In October

Park Min Young was deeply touched by the surprise images and slogan events that the fans made. Park’s special meeting with her fans were filled with excitement and pleasure.

But the generous heart of the doting actress did not end with all the gifts she showcased for her onsite fans. She surprised them with an impromptu High Touch session that was not previously announced. She also prepared a homemade fig jam and a tumbler gift to the attendees.

Park has had a successful 2018, with her two projects What’s Wrong With Secretary Kim and Netflix’s Busted well-received by fans. She is currently reviewing her next project.