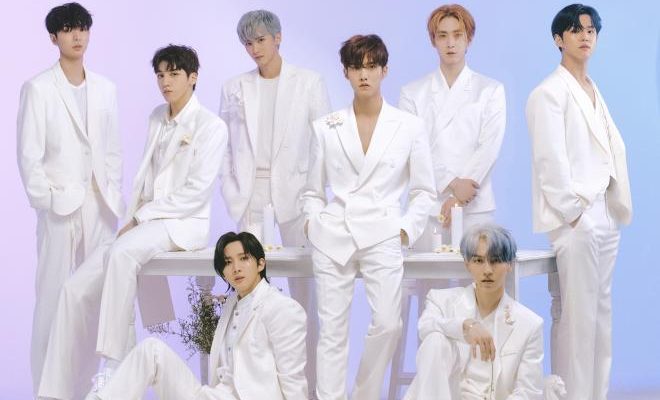 PENTAGON Gears Up To Showcase Lit Performances In Their Upcoming Online Concert “WE L:VE”

PENTAGON is going to set the stage ablaze with some of their most fiery performances, Universes are you ready?

PENTAGON will be holding a spectacular online concert titled WE L:VE and it is coming very soon. Accompanying the announcement, PENTAGON revealed a beautiful teaser poster for the upcoming event. The image charms with its vivid theme that adds to the group’s angelic appeal.

The released poster shows the group leaning against each other against a galactic backdrop, surrounded by illuminating stars with daisy petals showering gently onto them, creating a warm atmosphere. 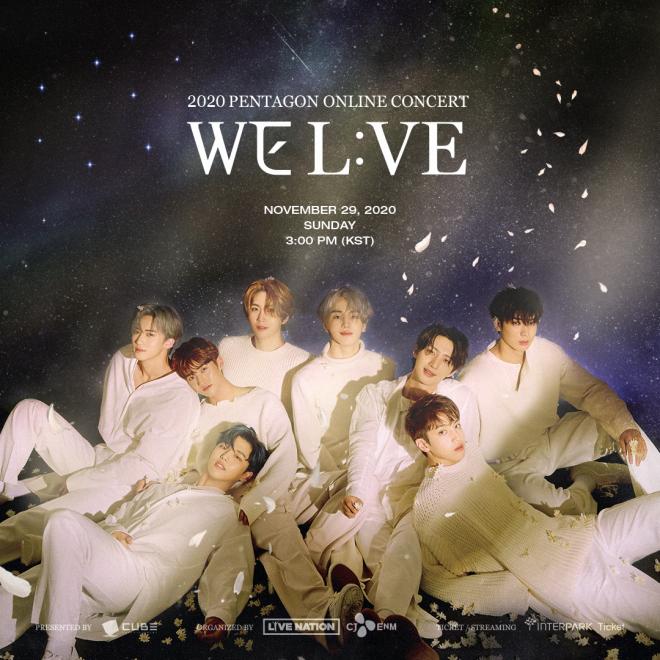 PENTAGON’s online concert is an extension of their recent release, the 10th mini album WE:TH and it will be showcasing the group’s signature sounds through powerful and high octane performances. Through the event, fans will be able to see the variety of aspects of the boy group with keyword ‘L:VE’, which can be interpreted in many ways.

Not only will the group perform some of their biggest hits but will reveal some unique acts. PENTAGON are aiming to bring forth an unforgettable time for their beloved Universes all over the globe. They will be revealing special stages that will be showcased exclusively in this concert.

PENTAGON has truly raised the bar as musicians. They have been involved in the production of each album and boasted energetic music, performances, and unrivaled team colors. And with their recent album and especially its title track “Daisy” the group has reiterated that they are indeed a powerhouse group on the rise.

The concert WE L:VE will be taking place next month on Sunday, November 29 at 3 PM KST. Tickets as well as special packages for PENTAGON’s exciting online concert are on sale via Interpark.