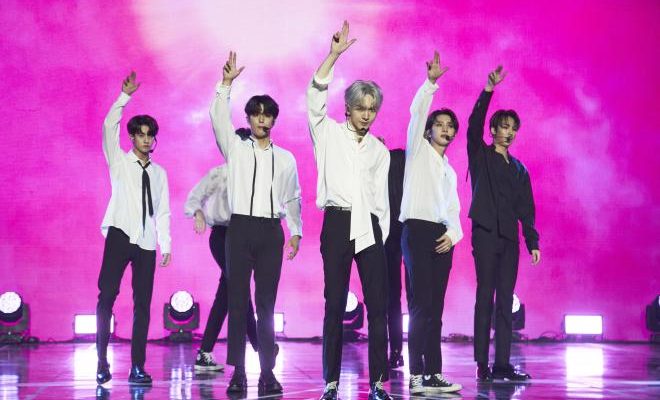 It was indeed a shining night for UNIVERSE around the globe as PENTAGON went on-air with their online fanmeeting!

PENTAGON spent a special time with global UNIVERSE as they held their online fan meeting PENTAG-ON AIR on September 6, 2020.

Like the title being a compound of the word PENTAGON and ON AIR, PENTAGON showed not only professional appearance on stage, but also natural and friendly image behind the stage. 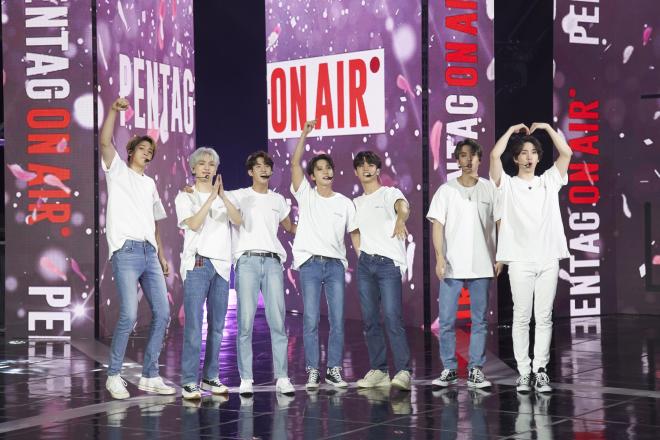 PENTAGON kicked off their fan meeting with “Basquiat”, the final song of Mnet Road to Kingdom, and “Dr. BeBe”, the title song of their first full album.

They greeted their beloved fans, UNIVERSE, all over the world and said “It’s the first online fan meeting that we’ve been looking forward to. We’ve been practicing very hard for today, and we really missed you” in various languages.

The boys continued their opening performance with “Runaway”, followed by “Happiness (Korean ver.)” and “Summer” to show off their aspect of Cheongryang Tagon (a compound of Refreshing and PENTAGON), giving fans refreshing stages. 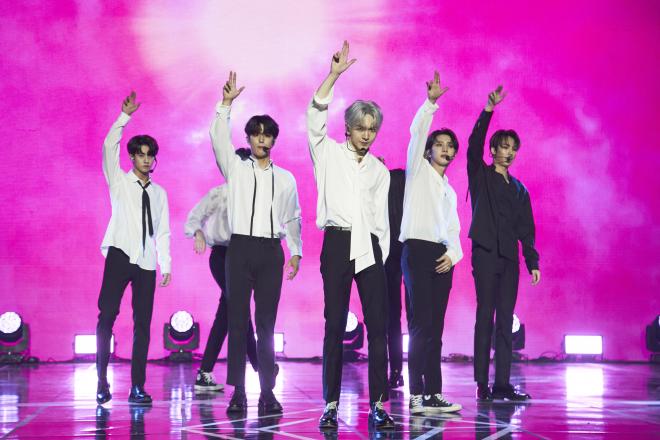 The natural and friendly image of PENTAGON behind the stage could be seen in the following game and event sections:

In the Mini Sports Day section where YEOONE was MC, the team was divided into Big-Tagon team and Small-Tagon team. Giving fans a big laugh, the members delight UNIVERSE with their playful and cute images.

Moreover, in the second corner “PENTAGON : meme studio”, the boys showed handmade memes sent by UNIVERSE in a “made in PENTAGON” version.

PENTAGON presented exclusive performances including the acoustic version of “Just do it yo!!” and the English version of “Spring Snow”. They also sang “Camelia” to show their appreciation and love to UNIVERSE.

In particular, JINHO, who is currently serving in the military, participated in the real-time chat window during the fan meeting. He also greeted fans through the VCR right before the encore began. Meanwhile, YANAN also watched the fan meeting, further showing  their strong bond despite their distance. 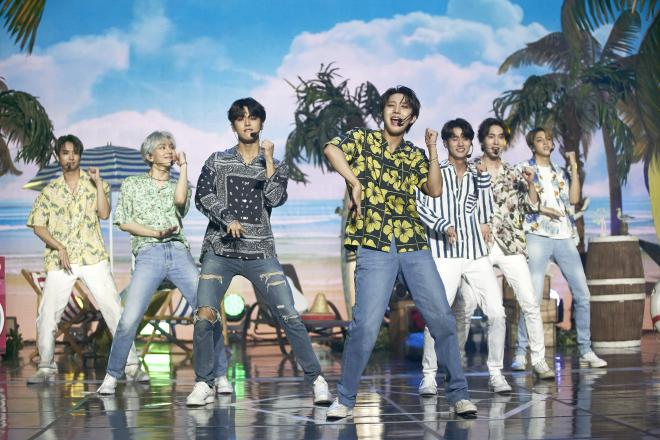 PENTAGON performed their final encore stage with “Pretty Pretty”, one of the track of their 2nd mini album, and “Shine+Spring Snow”.

Throughout the encore stage, UNIVERSE showed their immense love for the group and expressed, “PENTAGON is our eternal UNIVERSE, we love you”, “At this moment when the whole UNIVERSE is happy”, “PENTAGON, we love you and you’re precious, as always.” 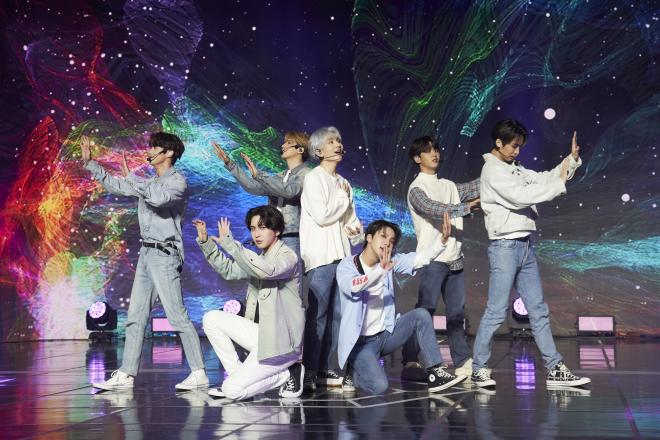 PENTAGON sincerely stated, “We were very worried since it was the first online fan meeting, but it was such a pleasant time. It was really touching when we heard UNIVERSE’s voices from encore VCR. We really hope things get better as soon as possible and to meet UNIVERSE in person.”

The boys added, “Thank you so much for giving us your precious time, and we hope today will be remembered as a beautiful memory for UNIVERSE as well. We will be back very soon, so please look forward to it. We ardently love UNIVERSE so much.”, wrapping up their online fan meeting.

Causing fans extreme curiosity, the ending credit of the event includes the name of YANAN. He recently resumed his activities through the Chinese drama Use For My Talent. The fans who saw it are guessing it might be a hint of his return to the group and looking forward to his highly-awaited return.