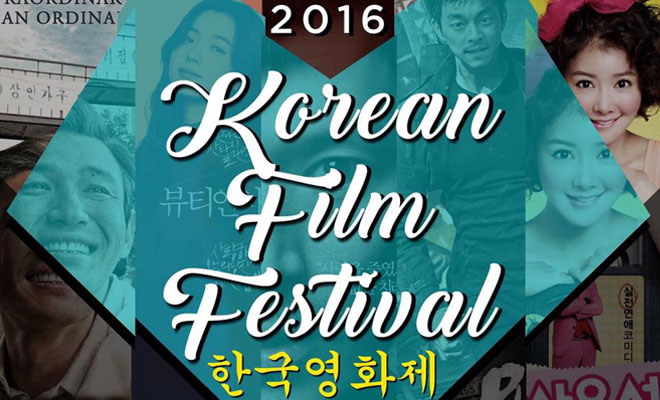 A successful first night warmly greeted the guests and the public at the Philippines’ Korean Film Festival. It took place at Cinema 6, SM Megamall last October 13 with this year’s theme, ‘Strong Hearts’.

Going strong on its 5th year, Philippines’ Korean Film Festival kicked off its 6-city tour of key cities in Pampanga, Davao, Iloilo, Cebu, Manila (Cavite) and the last stop, SM Megamall in Mandaluyong to showcase the depth and essence of the Korean culture through movies to deepen the understanding of both countries.

Guests were treated to a sumptuous fare of Korean dishes consisting of kimchi, spicy chicken wings, Korean dumplings and a whole lot more. 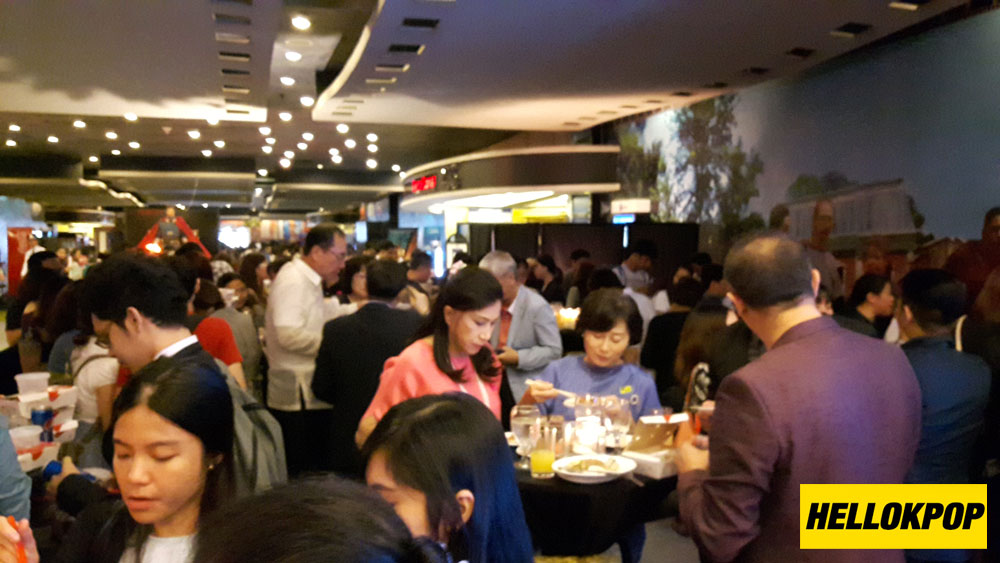 The attendees enjoyed the Korean dishes prepared by the organizers.

Before the movie was screened, performances were prepared for the audience to officially start the Korean Film Festival. Traditional music was first performed by the Serotonin Performing Arts Company. They used traditional musical instruments to give the audience a genuine feel of their culture. 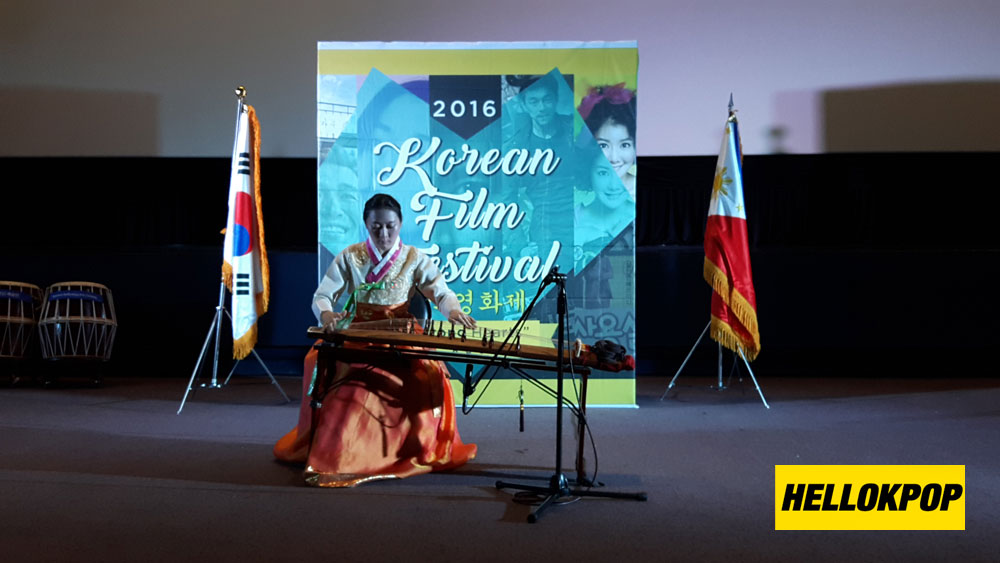 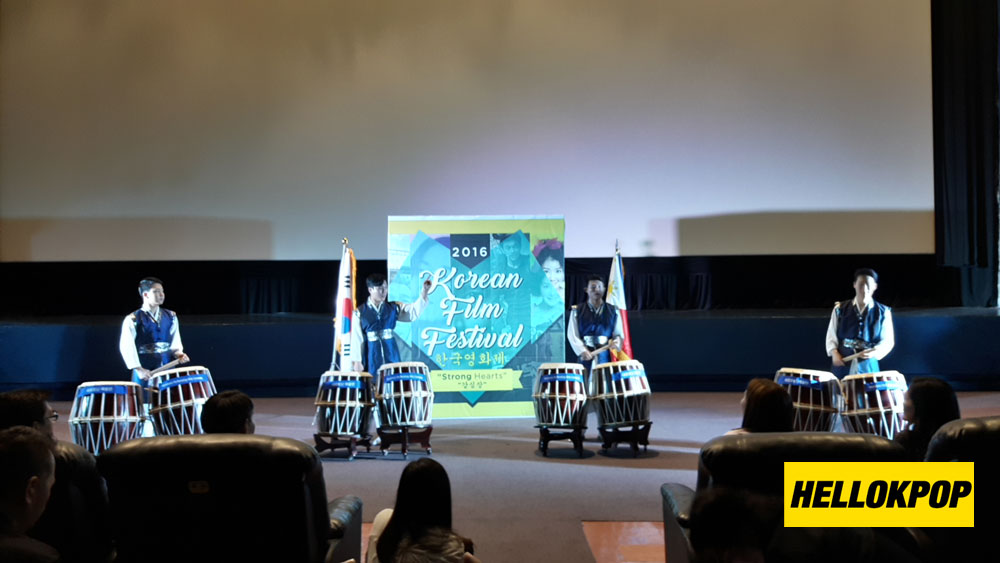 The hype continued as K-pop group OFFROAD surprised the audience with a performance of some of their songs in preparation for their first fan meeting in Manila. 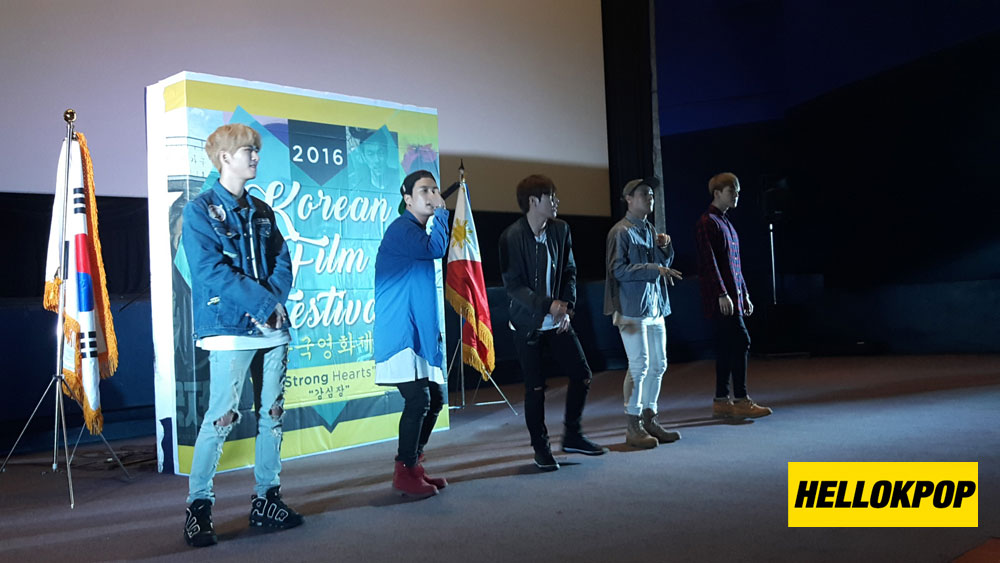 Afterwards, Ambassador of Korea to the Philippines Kim Jae Shin formally welcomed guests and the public for this year’s film festival. He fondly recounted how the Philippines and Korea’s strong ties in the field of arts proved that the cultural exchange of both countries healthily thrives to this day.

Ambassador of Korea to the Philippines Kim Jae Shin giving his speech to the attendees.

As with this year’s theme, it was indeed befitting to start the film festival with South Korea’s second highest grossing movie Ode to My Father, released last 2014. This is a family drama that revolves around the life of Deuk-su and his family, at a time where the Korean War tragically tore the spirit and life of his loved ones. Deuk-su being the eldest son of the family, had no choice but to set aside his own dreams and live to free and uplift his entire family from the poverty and pain brought about by the war.

Having lived through immense adversities – from working in the coal mines in Germany to the dangerous fields during the Vietnam War, his courageous journey embodies the resilience of the human spirit amidst the harshest of trials. Meanwhile, he reflects and looks back on what shaped him to who he is now and how he kept his promise to his father. Futhermore, despite the film being an over-all drama, laughs still filled the room as it demonstrated Dal-gu’s admirable friendship with Deuk-su.

Additionally, there was a cameo appearance from TVXQ‘s Yunho and I.O.I.‘s Somi which made the film more exciting and worth watching.

This year’s Korean Film Festival is currently ongoing until this Sunday, October 16. Catch up and enjoy watching the other feature films as the admission is free for everyone.

The 2016 Korean Film Festival in the Philippines is made possible in cooperation with the Film Development Council of the Philippines (FDCP), the Film Cultural Exchange Program, Korea Copyright Commission, Korea Tourism Organization, SM Cinema, and SM Lifestyle Entertainment, Inc.

hellokpop is proud to be an official media partner for the 2016 Korean Film Festival in the Philippines.

Event covered by: Darla, Lou, Reg and Paulene of hellokpop