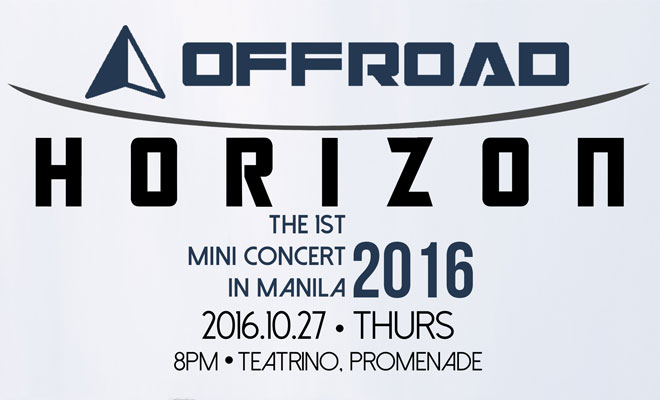 Last Stop In The Philippines: OFFROAD: HORIZON The First Mini-Concert 2016

OFFROAD’s month-long adventure in the Philippines is onto its last stop!

If you missed the exclusive and first fan meeting of OFFROAD held on October 14, you still have the chance to catch Harang, Rio, Habin, Kino, and Daewon for a night full of surprises and entertainment!

Filipino fans have showed love and support for all of OFFROAD’s activities in the country. In return, before the boys leave the country, they would like to give back through a mini-concert titled, ‘OFFROAD : HORIZON The First Mini-Concert 2016’. 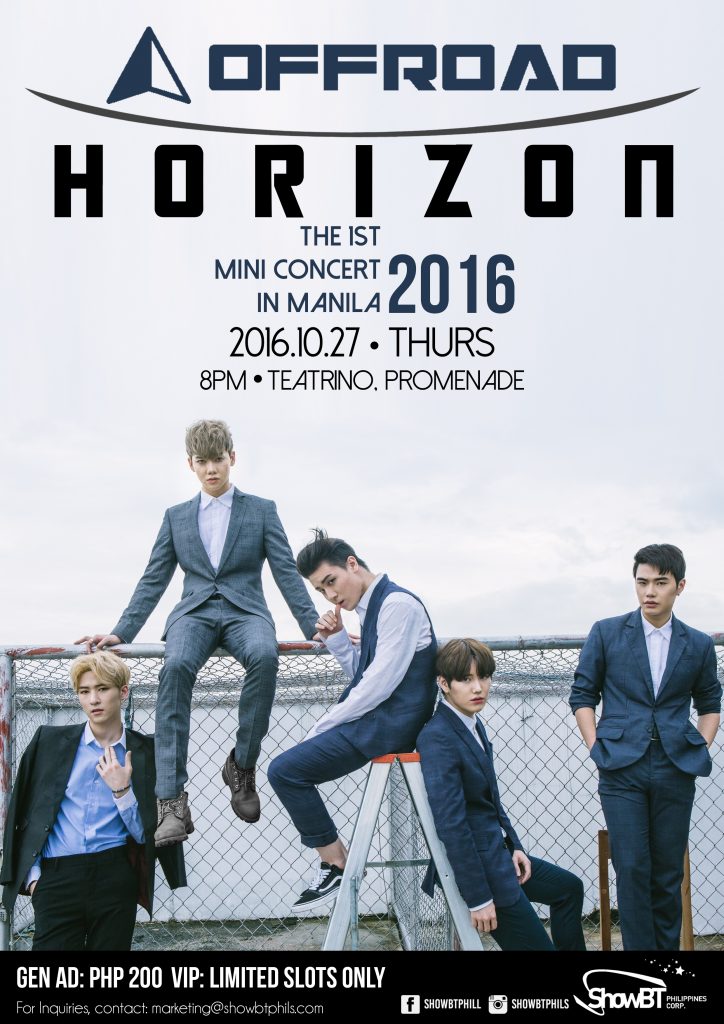 OFFROAD’s much awaited comeback is also just around the corner, having Daewon and Habin officially participate in their new single.

Read More: OFFROAD Gets Pumped Up For Exclusive Fan Meeting With Filipino Fans

‘OFFROAD : HORIZON The First Mini-Concert 2016’ is happening on October 27, 2016 at Teatrino, Promenade in Greenhills. This event is organized by ShowBT Philippines Corp.

General Admission is at Php 200 only. For VIP tickets and purchasing inquiries, kindly contact [email protected].