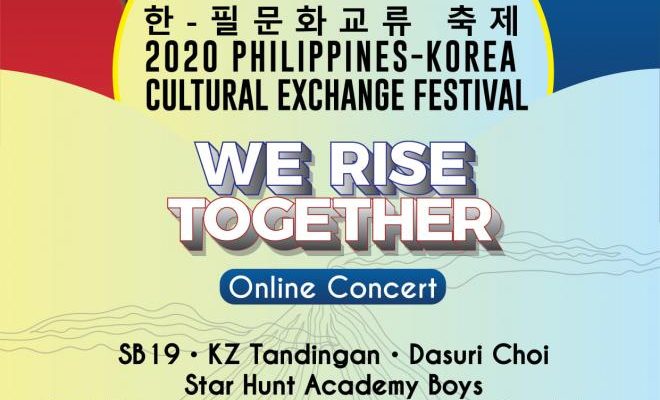 The event is the culmination of a month-long celebration of the cultural exchange between the two countries — South Korea and Philippines.

On its 29th year, the Embassy of the Republic of Korea and the Korean Cultural Center in the Philippines, together with the United Korean Community Association in the Philippines and the National Commission for Culture and the Arts, will be bringing the 2020 Philippines-Korea Cultural Exchange Festival online for the first time. 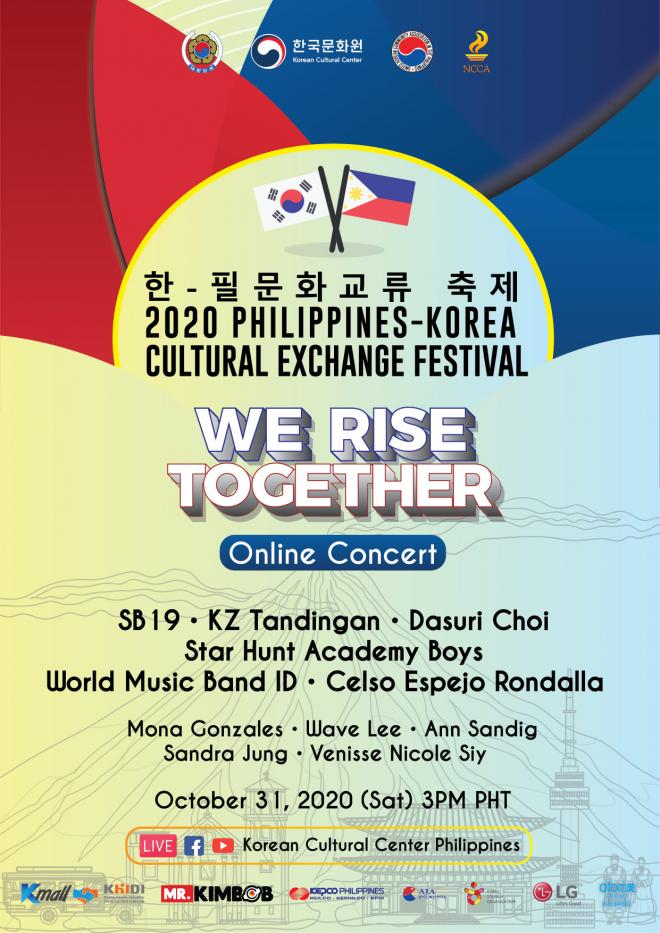 A wider digital audience is expected to join the PhilKor Festival aptly titled “We Rise Together”. It aims to highlight the unparalleled friendship and the rich culture of the Philippines and Korea. The exciting show would be streamed exclusively on KCC’s Facebook and YouTube channel this October 31, 2020 at 3:00 p.m.

Hosted by Sam Oh and Pao Ocampo, the online concert is set to offer upliftment through performances and entertainment to the viewers at home under its theme “We Rise Together.”

Prior to the main show, the audience would be entertained by Mona Gonzales, Wave Lee, Ann Sandig, Sandra Jung and PhilKor 2019 Grand winner Venisse Nicole Siy.

Expect performances from the PhilKor Festival vocal and dance talent competition finalists and the announcement of the winners per category based on the number of views, online vote, and the judges’ evaluation.

Viewers will also get the chance to take home prizes by participating in the hashtag activity brought together by event sponsor SMART. The contest is open to Filipino and Korean participants where the 10 lucky respondents to the question would be selected as winners of Smart goodies.

Catch the livestream on Korean Cultural Center in the Philippines‘ Facebook page and YouTube channel this October 31 at 3:00 PM.