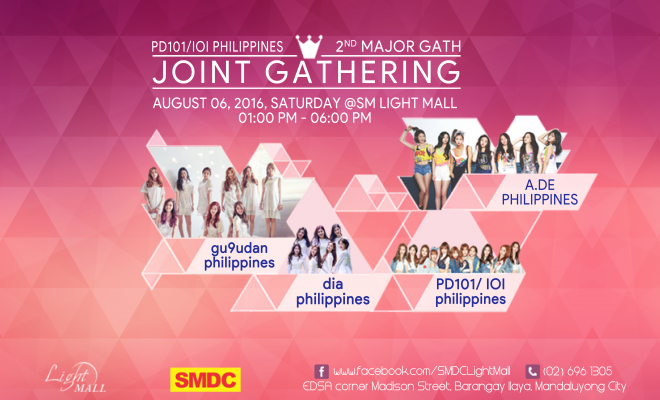 Don’t miss out on this amazing Produce 101 fan-gathering!

With the immense popularity of Mnet’s talent variety show, Produce 101, it’s not a surprise that the show has a large number of fans locally and internationally.

To celebrate the budding careers of the program’s trainees, Produce 101 Philippines will hold its second major gathering this coming August 6 at the SM Light Mall.

The event is a collaboration between I.O.I Philippines, DIA Philippines, Gugudan Philippines and A.De Philippines. The gathering aims to celebrate the successful debuts and comebacks of these groups. 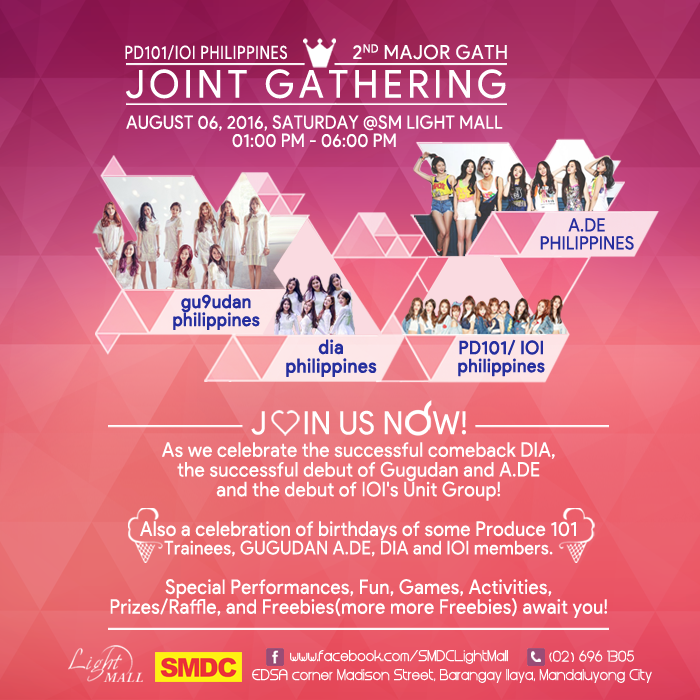 Games, booth activities and raffle prizes are some of the things that fans don’t want to miss out on. Fans can also watch tribute groups dancing to these girl groups’ popular songs. A video message from one of the celebrated artists will be revealed during the event as well.

A.De‘s label, 2Able Company has also expressed their excitement for the gathering. The agency was surprised at the large scale of the collaboration. 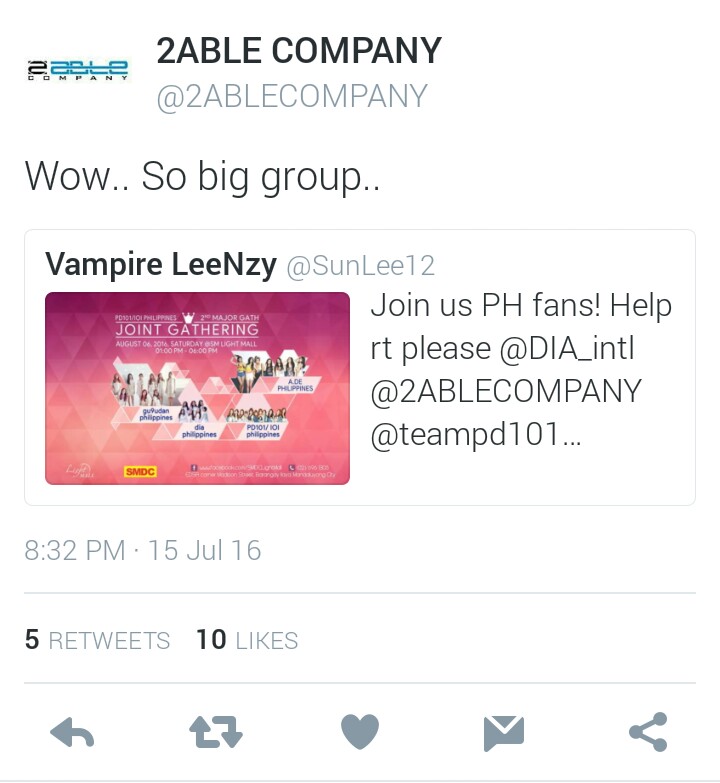 In related news, Gugudan, a new girl-group under Jellyfish Entertainment, will grace MBC’s Show Champion in Manila on September 3.