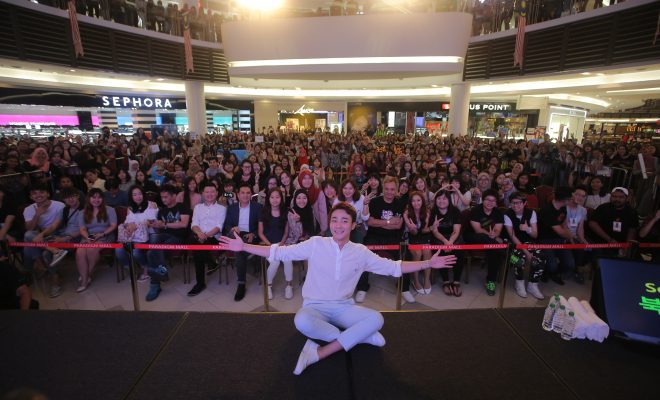 Kim Sang Woo, better known by his stage name, Roy Kim, is a South Korean singer-songwriter. The artist was in Malaysia for the first time to promote his 3rd album ‘The Great Dipper’, and he held a showcase in the country.

Organized by Warner Music Malaysia, the showcase was held on 26th August in Paradigm Mall. Hundreds of fans swarmed the place just to catch a glimpse of him, as well as to listen to his songs live. 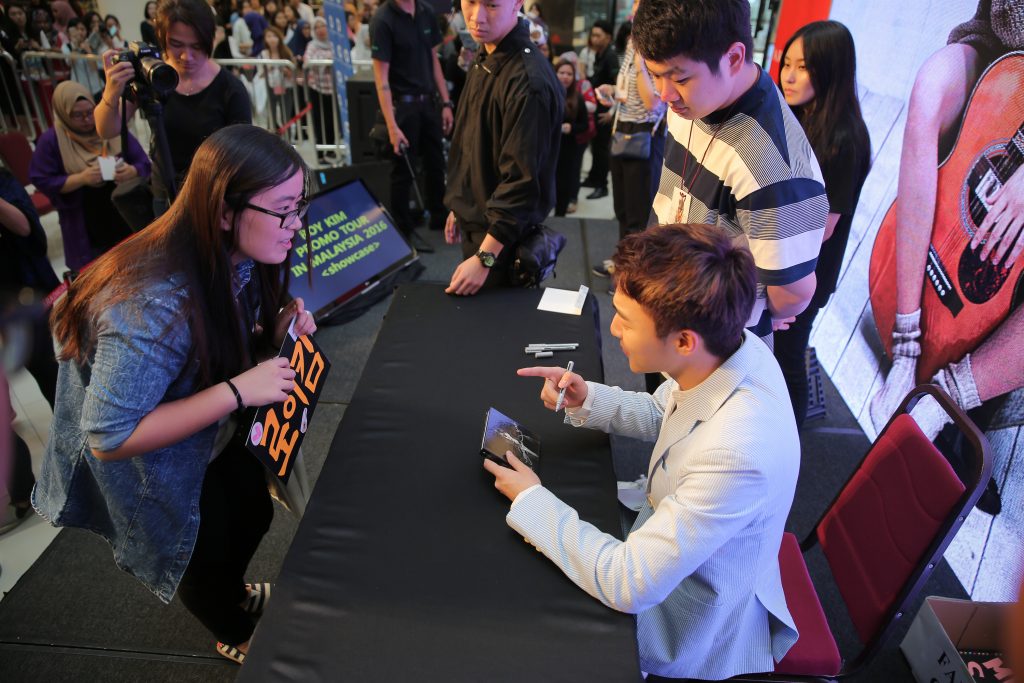 Hundreds of lucky fans had the chance to get up on-stage to join the album signing. Winners of pre-event contests also had the opportunity to meet and greet him before the showcase.

The showcase started off with Roy Kim singing the Cloudy Day, a Chinese song covered by him in his digital single album. Performing while sitting on a tall stool, not only did he gave a sense of sorrow, but he was also able to deliver the song’s emotions. Followed soon after, he performed Love Love Love, Home, Pinocchio, Damien Rice‘s The Blower’s Daughter and Bom Bom Bom.

During the performances, he did not forget to interact with fans. The fans present also sang along and chanted ‘Roy Kim’ during his Bom Bom Bom performance. The gesture brightened Roy Kim’s smile, and the singer even cued the audience to chant together. 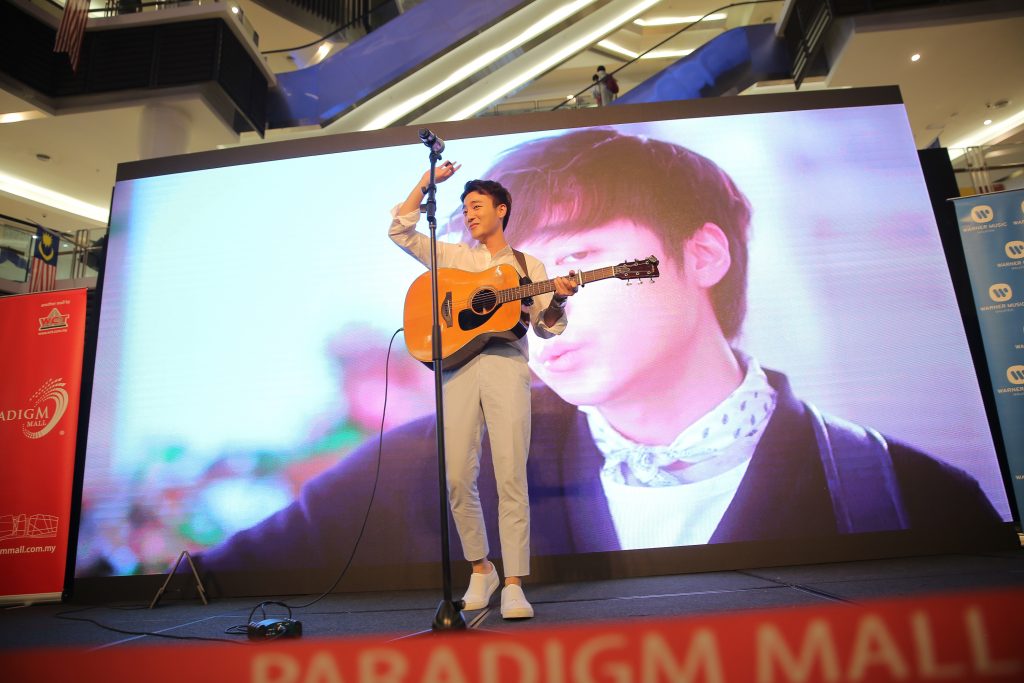 Before the showcase started, host Peace asked the fans “how would you describe Roy Kim?”. Fans were screaming “handsome, cool, talented, cute” and more in reply. When Peace pointed the question to the star and asked whether he agreed with the fans’ responses, he smiled and said: “I agree with them saying I’m handsome and cool, but the others…I have no idea”.

The host also took the chance to ask Roy Kim what was his favorite Malaysia food. He immediately replied “Sambal Kangkung”. It looks like Roy Kim enjoys Malaysia’s local dishes! 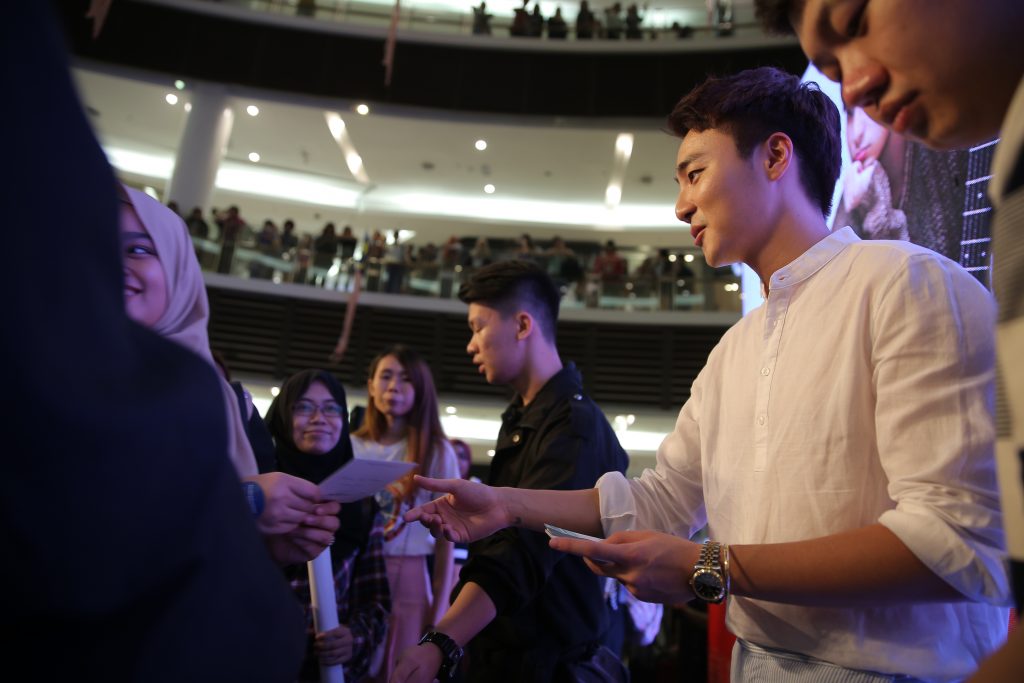 Before wrapping up the showcase, Roy Kim personally handed out photocards to individual fans on-stage who purchased his caller ringtone.

He then once again thanked fans for coming to show their support to him, before leaving the stage.

For more official photos, please check it at our Facebook page.