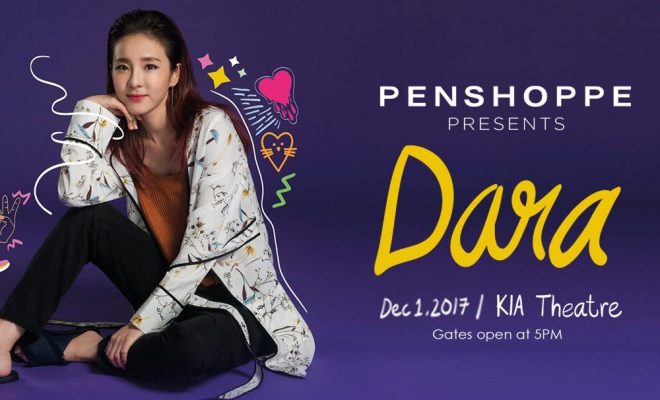 Begin December with Dara in Manila.

South Korean singer-actress Sandara Park is in Manila for a special event with her fans.

The Pambansang Krung Krung ng Pilipinas, as she is fondly called by Filipino fans, arrived on November 28 in Manila for Penshoppe Presents Dara on December 1 at KIA Theatre.

Dara expressed her excitement in meeting her fans once again. “Kita-kits tayo,” she said, as she ended her video greeting with “Mahal ko kayo.”

Dara (@krungy21) is here in Manila and she can't wait to see you all for #PenshoppePresentsDara on Friday, December 1 at Kia Theatre! Gates open at 5pm.

Event passes can be redeemed by purchasing a single-receipt of minimum purchase worth Php 800 at any Penshoppe stores nationwide from November 20 to 29. The redemption of passes is only until November 29.

One hundred lucky fans will also receive the chance to an exclusive photo opportunity with the singer-actress.

The gate to Penshoppe Presents Dara will open at 5 p.m, presented by clothing brand Penshoppe. 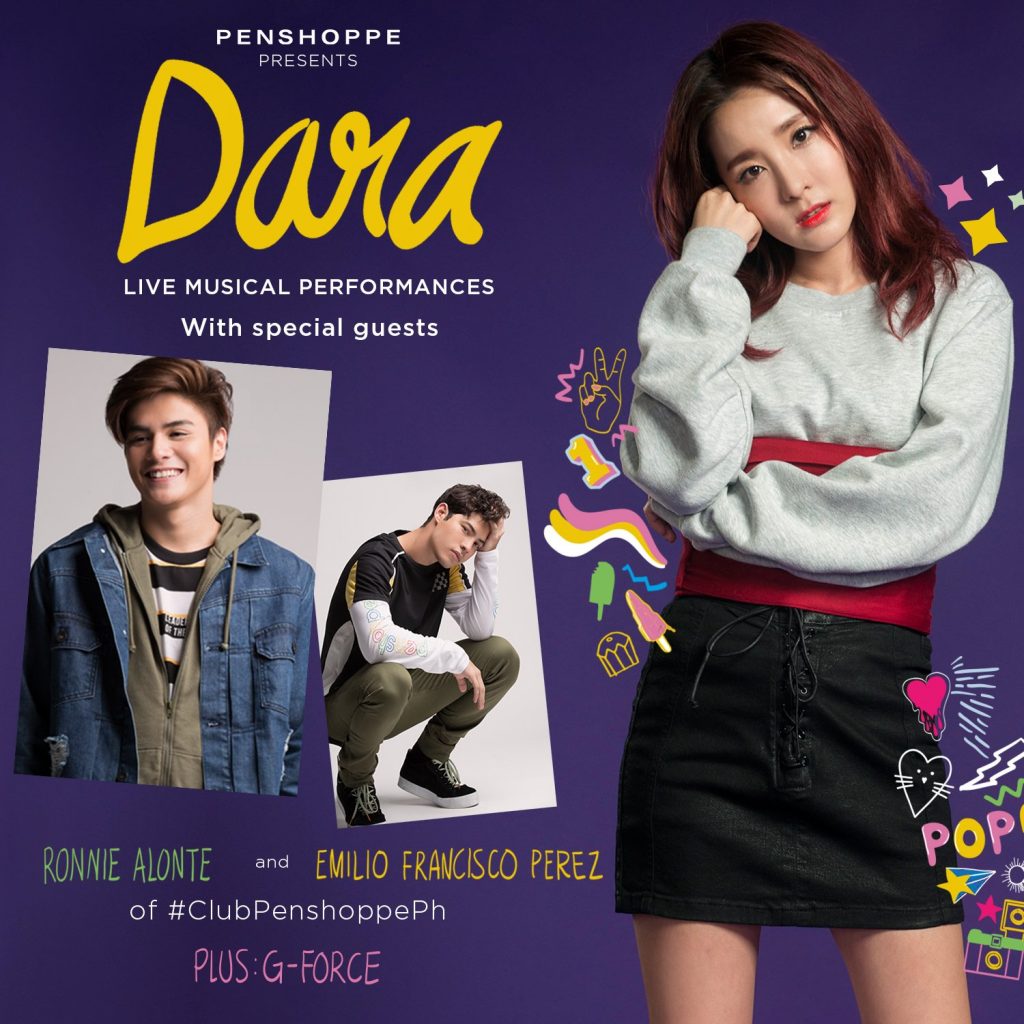 According to brand director Jeff Bascon, Dara is the ideal brand ambassador to help in reinforcing the international vision of the brand, which has expanded to other Asian countries including Saudi Arabia, Indonesia, and Bahrain.

FacebookTwitter
SubscribeGoogleWhatsappPinterestDiggRedditStumbleuponVkWeiboPocketTumblrMailMeneameOdnoklassniki
Related ItemsDaraPENSHOPPEPenshoppe presents DaraSandara Park
← Previous Story This Is Not A Rumor! KARD Is Ready To Tour Asia This 2018!
Next Story → KARD Preps Up An Extraordinary Encounter With Filipino Fans For “2018 Wild KARD Tour In Asia”