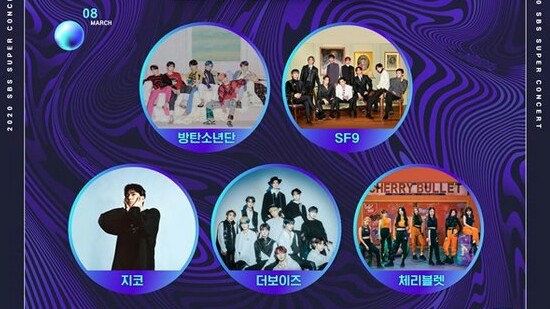 A star-studded lineup is what the upcoming SBS Super Concert in Daegu will bring to fans this March!

The upcoming SBS Super Concert in Daegu has announced their first lineup of powerful performers who have prepared spectacular stages to showcase for their fans! 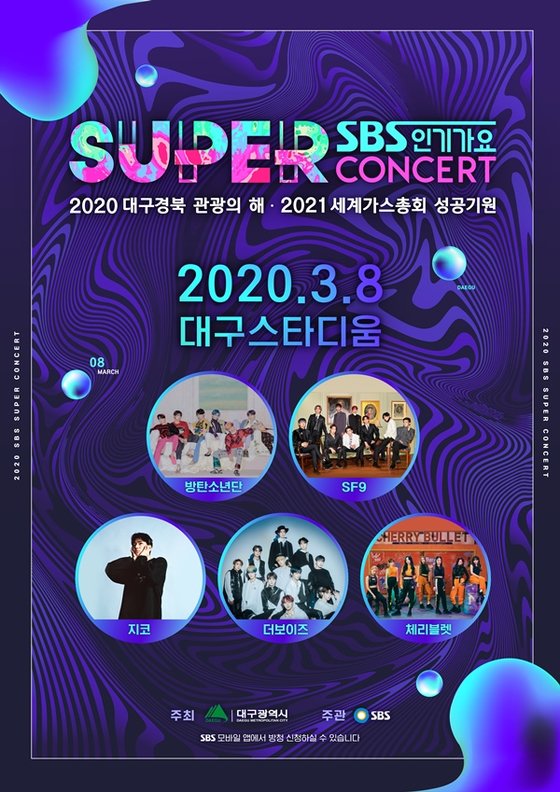 Set to take place on March 8 at the Daegu Stadium, the memorable K-Pop event will double as a celebration for this year’s 2020 Daegu and North Gyeongsang Province Tourist Year alongside the 2021 World Gas Conference being scheduled to be hosted by the city next year.

Among the performers already announced for the event is Zico, who will be bringing delight to his fans with any and every song he will be taking to the stage.

Worldwide famous septet BTS will also be filling up the stage with their exciting performances – quite notably, on the eve of their very own Daegu born and raised member Suga’s birthday!

SF9, who opened the year grandly with their golden-rated comeback through “Good Guy, is also part of the performer lineup announced for the event, and fans can expect high-class performances from them as usual.

The Boyz will fire up the upcoming SBS Super Concert too with their intense stages set to take place after they make their highly-anticipated comeback this February 10.

Adding spice to the lineup as well is Cherry Bullet, who would be surging through with girl power through their highly energetic performances – also after they return with their first digital single “Hands Up” on February 11.

More performers for the SBS Super Concert in Daegu will be announced soon – so stay tuned!

Hellokpop, as an independent Korean entertainment news website (without influence from any agency or corporation), we need your support! If you have enjoyed our work, consider to support us with a one-time or recurring donation from as low as US$5 to keep our site going! Donate securely below via Stripe, Paypal, Apple Pay or Google Wallet.
21
SHARES
FacebookTwitter
SubscribeGoogleWhatsappPinterestDiggRedditStumbleuponVkWeiboPocketTumblrMailMeneameOdnoklassniki
Related ItemsBTScherry bulletSBS Super Concert in DaeguSF9The BoyzZico
← Previous Story MONSTA X Reveals Tracklist For Upcoming English Album “All About Luv”
Next Story → BTS, EXO, & Super Junior Announced As Top K-Pop Boy Groups In February Brand Rankings