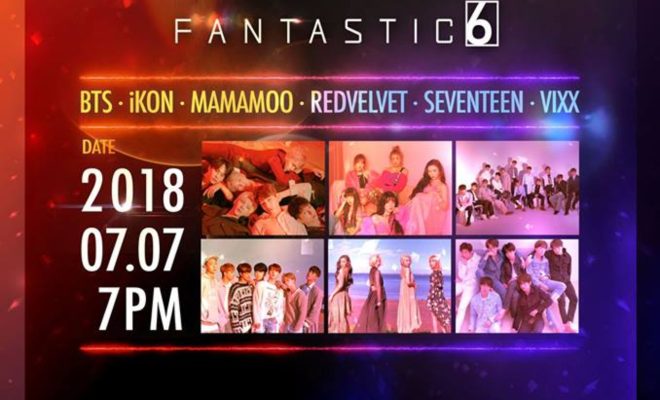 This is not a dream! A Super Concert is coming to Taipei in July.

Top K-Pop acts will gather in July to stage a “super concert” in the first overseas stop of SBS Super Concert.

Held last year in Daejeon as a special episode of Inkigayo, SBS will bring the concert in Taipei on July 7 with six of the most in-demand acts in K-Pop.

VIXX, BTS, MAMAMOO, Red Velvet, SEVENTEEN, and iKON are set to perform at the SBS Super Concert in Taipei. Ticketing details and venue for the concert are yet to be announced as of press time. 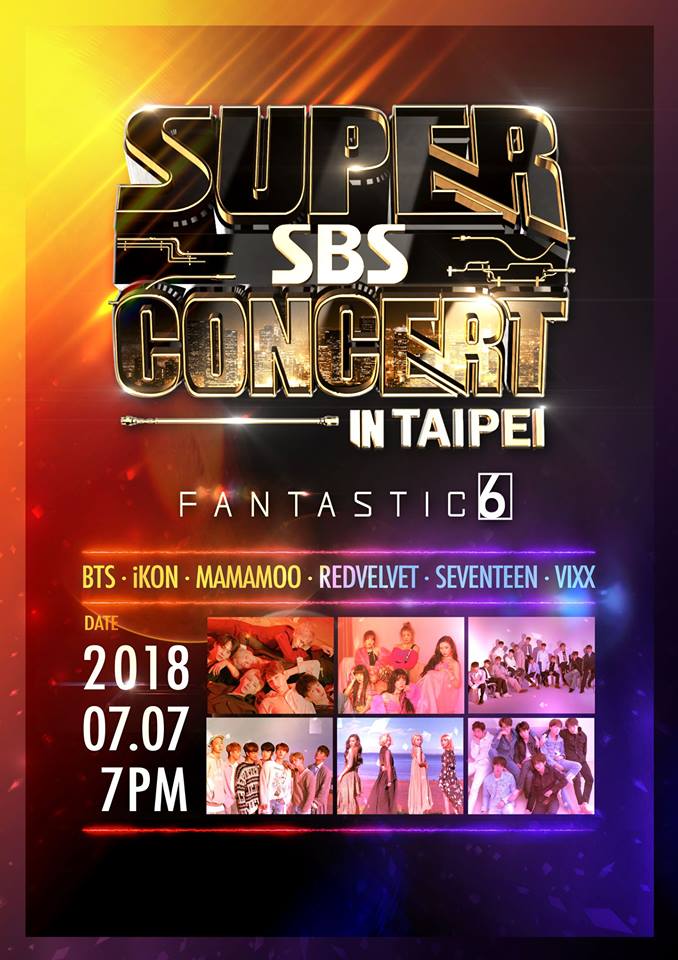 Still, K-Pop fans, particularly in Taiwan, have already expressed excitement about the upcoming show. Aside from being the first overseas stop of the SBS Super Concert, it has also presented an awe-inspiring lineup of artists and the possible stages that will be held that night.

In particular, VIXX returned with a new album EAU DE VIXX led by “Scentist”. BTS is also slated to make its highly anticipated return to the Korean music scene with Love Yourself: Tear this week that it will most probably perform its newest tracks.

Red Velvet had a perfect comeback with its first repackaged album The Perfect Red Velvet and title track “Bad Boy”. On the other hand, SEVENTEEN came out with its special album Director’s Cut which was led by “Thanks”.

FacebookTwitter
SubscribeGoogleWhatsappPinterestDiggRedditStumbleuponVkWeiboPocketTumblrMailMeneameOdnoklassniki
Related ItemsBTSiKONMAMAMOORed VelvetSBS Super Concert in TaipeiSeventeenVIXX
← Previous Story Lee Hi & Zion.T To Heat Up The Stage Of 2018 Japan Summer Sonic Festival In August
Next Story → UNB To Fire Up Japan Entertainment Scene With First Concert As A Group In July