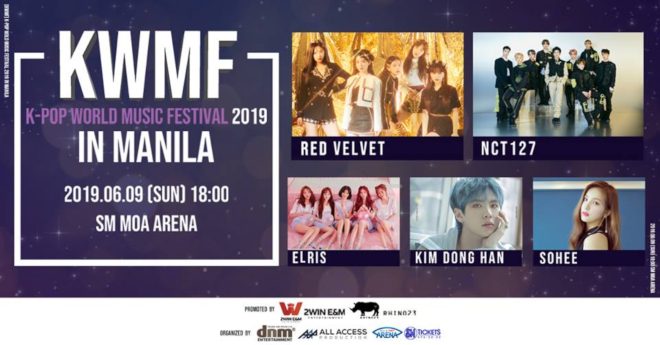 The excitement is real for K-Pop World Music Festival 2019!

Additional details regarding the highly-anticipated K-Pop World Music Festival 2019 has been revealed on May 1, intensifying the excitement of K-Pop fans in the Philippines for the upcoming show.

Event organizers All Access Production and DnM Entertainment shared on their respective social media channels the seating plan and ticket prices for music show happening on June 9 at the SM Mall of Asia Arena.

Tickets to the concert are priced at: 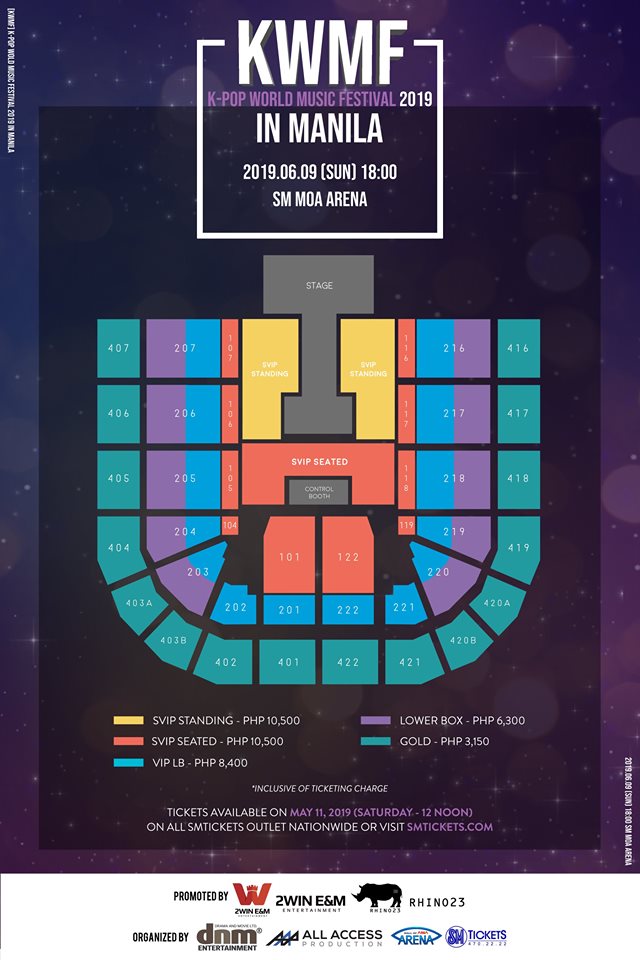 Additionally, a pre-selling event for the concert will be held at the SM City North EDSA Skydome on May 10. Meanwhile, tickets will be available to the general public starting May 11 at 12 noon via SM Tickets online and outlets nationwide.

The Star-Studded Line-Up of KWMF 2019

The K-Pop World Music Festival 2019 will see the return of Red Velvet and NCT 127 in Manila. Red Velvet first took the Philippine concert stage via Best of Best in the Philippines in 2015. On the other hand, NCT 127 headlined K-Pop Republic 2 in 2017.

Meanwhile, Kim Dong Han will make his debut as a solo artist on the concert stage. It will mark his comeback to Manila after more than a year since JBJ’s debut and final concert in the country.

ELRIS will also take the Philippine concert stage for the first time on June 9, while its member Sohee, in addition to group stages, will treat fans with performances as a soloist.

All Access Production and DnM Entertainment will unveil more details regarding the show soon. Follow them on their respective social media channels for more information.

The K-Pop World Music Festival 2019 in Manila is brought to fans by DnM Entertainment and All Access Production in partnership with 2WIN E&M and RHINO 23.