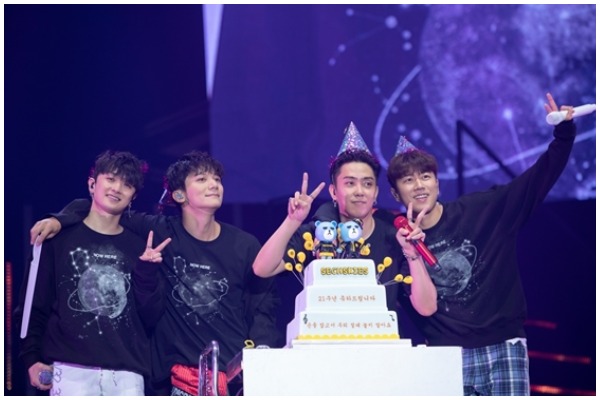 SECHSKIES treated fans to two nights of awesome performances at the Olympic Gymnastics Arena on October 13 and 14. 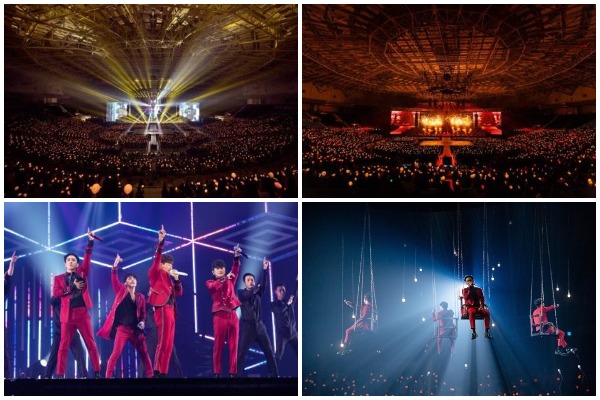 Thousands of Yellowkies, the fandom’s name, cheered their idols as they performed despite missing one member. The fandom’s official color, yellow, bathed the venue.

“Now, Here” refers to the group’s present existence all due to fans’ support, while “Again” is about reminiscing good old memories.

Seoul Olympic Gymnastics Arena was also the venue where the group had their reunion concert after their 16-year hiatus.

Group members Eun Jiwon, Lee Jaijin, Kim Jaeduk, and Jang Suwon performed their old and latest hits. With the absence of main vocal Kang Sunghoon, who opted not to participate due to certain circumstances, the members gave their all as they nailed the choreography and hit the notes.

The fans were all in awe as the group performed their latest tracks “Sad Song”, “Feeling”, “Something Special”, “Three Words”, and “Be Well”, as well as their old songs “Road Fighter”, “Hunch”, “Rise Up” and their signature song “Couple”. 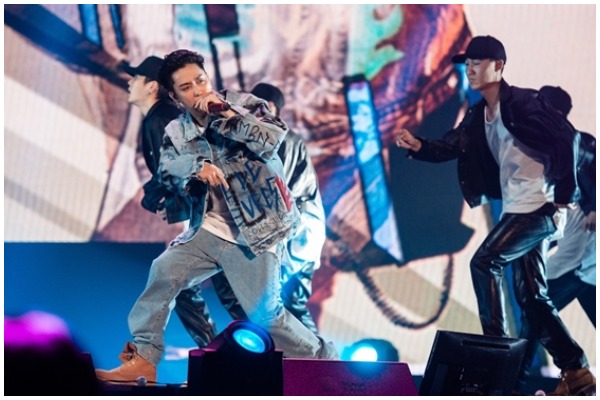 Eun Jiwon showed his charisma as a hip hop artist with his performance of “Now”. Jang Suwon sang “Girl”. Kim Jaeduk danced to “We Still in This B****”, and Lee Jaijin’s “Egoist” showcased the strong stage presence.

Performances aside, the group also took time to talk and thank the fans for their continued support.

SECHSKIES’ hard work was evident all throughout the two-day concert, and fans responded with cheers and by singing along to the group’s songs. The artists and their fans shared yet another precious memory to be cherished and remembered. 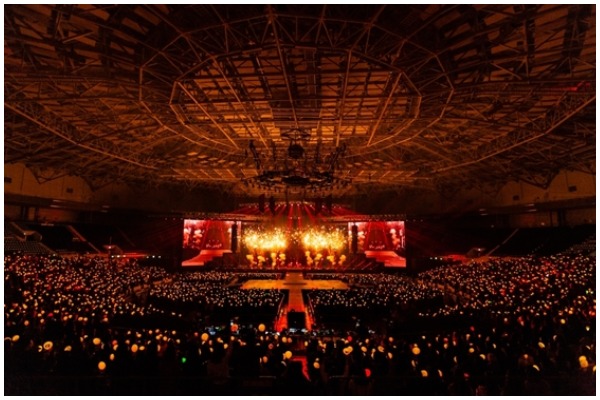 SECHSKIES, which translates to six crystals, debuted in 1997. The boys became one of the pioneers of K-pop idol groups. Originally composed of six members, the group gained success upon their debut. Their popularity however only lasted three years as the group disbanded in 2000.

Their much-anticipated reunion happened in 2016 during season 2 of Infinite Challenge’s “Saturday, Saturday is for Singers” (토토가 – TotoGa) special. They signed together as a five-member group under YG Entertainment that same year, and have since released three albums: 2016 Re-Album, The 20th Anniversary and Another Light (both in 2017).

Now, Here, Again is brought to fans by YG Entertainment.